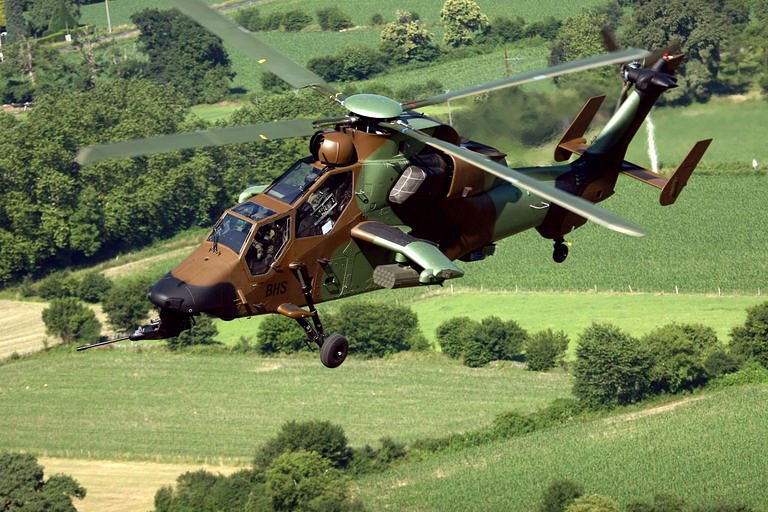 NATO says it has seriously degraded Kadhafi’s military machine with a relentless onslaught from combat jets, but it has yet to deliver the death blow to the regime, which still stands in Tripoli while rebels control the east.

The helicopters, a weapon that has yet to be used by NATO in Libya, will help the Western alliance strike regime military assets hidden in urban areas while avoiding civilian casualties, the French ministers said.

French Foreign Minister Alain Juppe, on the sidelines of meetings of European Union foreign and defence ministers in Brussels, said Paris was deploying Tigre and Gazelle class helicopters aboard an aircraft carrier.

Juppe said the French helicopters would enable NATO “to better adapt our ground strike capacity with more precise means of (carrying out) strikes.”

France and Britain, who along with the United States launched the first salvos against the Libyan regime on March 19, have repeatedly advocated an intensification of the campaign.

“The sooner the better is what the British think,” he said, adding that he discussed the plan with Gerald Howarth, the British minister for international security strategy who attended the Brussels talks.

A defence ministry spokesman added: “As with any military campaign, we are constantly reviewing our options alongside allies to enhance the capabilities available to NATO in support of UNSCR 1973.”

Combat jets have been “decisive” in the campaign but they are not well suited to hit close-range targets such as munitions and fuel trucks, especially in populated areas where there could be a higher risk of hurting civilians, he said.

Howarth cancelled a press briefing in Brussels and a British government spokeswoman refused to confirm whether London was deploying helicopters.

She said London “routinely” reviews its military assets “in order to adhere” to the UN Security Council resolution that authorised the use of force to protect civilians from attacks.

“We are not in the habit of talking about any new missions we undertake until they are in action,” the spokeswoman said.

Juppe said the strategy was “increasing the military pressure over the next few weeks while at the same time moving forward on the path towards a political solution.”

Danish Foreign Minister Lene Espersen, whose country is engaged in NATO operations in Libya, warned that the deployment of helicopters could go beyond NATO’s Security Council brief.

“I don’t want to recommend that we start taking measures that are a clear violation of resolution 1973” authorising “all necessary means” to protect civilians from attacks by Kadhafi forces, Espersen was quoted as saying by Denmark’s Ritzau news agency.

In Paris, the military said the BPC Tonnerre aircraft carrier set off from the French Mediterranean port of Toulon on May 17.

The BPC can carry 16 Tigre or larger 12-tonne NH-90 helicopters, 750 troops and scores of armoured vehicles for launching amphibious attacks.

Le Figaro newspaper said the modern helicopter carrier had left Toulon with 12 helicopters aboard intended for operations in Libya.

NATO has mobilised around 200 airplanes, ranging from surveillance aircraft to mid-air refuellers and combat jets, as part of its missions in Libya, which include enforcing an arms embargo and a no-fly zone as well as ground strikes.

The aircraft have conducted almost 7,900 sorties, including more than 3,000 sorties aimed at identifying or striking targets, since NATO took over from a coalition led by the United States, France and Britain on March 31.