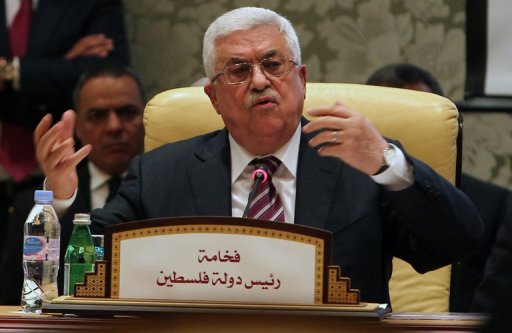 Palestinian president Mahmud Abbas was in Egypt on Monday for talks with the country’s de facto head of state on efforts to seek UN recognition for a Palestinian state, a military source said.

Abbas briefed Field Marshall Hussein Tantawi — who heads the military council in power since president Hosni Mubarak was ousted in February — on his recent trip to Doha.

At a meeting of an Arab monitoring committee chaired by Qatar, the Arab League said in a statement it “supports the appeal to the UN asking that Palestine, within the 1967 borders, becomes a full-fledged state” of the international organisation.

The two also discussed an Egyptian-sponsored reconciliation deal that put an end to the bitter division between Abbas’s Fatah movement and the Islamist Hamas group and paves the way for a new government and elections within a year.

During the talks, the Palestinian president thanked Tantawi for opening the Rafah crossing, the only border with Gaza that bypasses Israel, in a bid to ease the blockade on the strip.

The border had remained largely shut since June 2006 when Israel imposed a tight blockade on Gaza after Palestinian militants snatched Israeli soldier Gilad Shalit, who is still being held.

The blockade was tightened a year later when the Islamist movement Hamas seized control of the territory, ousting forces loyal to the Western-backed Palestinian Authority.