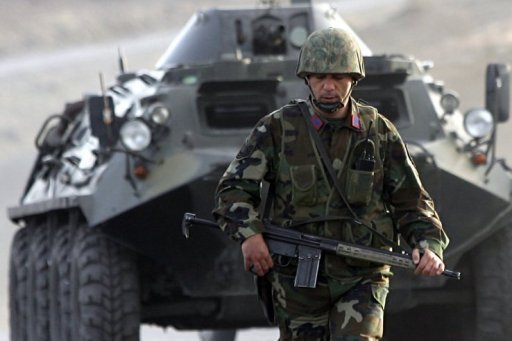 How come the region spends more on military equipment as a percentage of GDP than anywhere else in the world?

It very much has to do with the deeply rooted notion that defense should be based on the idea that one is always superior to anyone that could be a threat. What I sense is that there is little interest in discussions about arms control in the region. So when you talk to Saudis you get the feeling that they don’t trust Iran for example, which means that there is no trust to start a mutual agreement, like the ones we see in Europe and Asia. It is pivotal for the countries of the region to be the strongest.

The reason why Israel is the second largest spender on the military in the region is of course that it is a country that perceives an existential threat, direct to them. As a result, they spend a lot for such a small country, and on top of that they get on average 2,5-3 billion dollars in military aid from the U.S. every year.

What types of weapons are often purchased to the region?

They tend to acquire all kinds of arms. The UAE has a whole range, but what stands out is that they have equipment aircraft which can hit targets on a long range. So they have attempted to build up a strategic strike force, acquiring some of the most modern aircraft available on the market, combined with other systems such as aerial refuelling aircraft that provides for a strong strike force.

Do any of the countries in the Middle East/North Africa region possess domestic capabilities to produce their own weapons?

They are all dependent on arms imports. Only one country in the region have a somewhat developed domestic industry, and that is Israel. But even Israel is very dependent on especially platforms, ships and submarines from abroad. They can only upgrade the items which they import.

Other countries are lagging far behind, countries like Egypt and Iran has since long tried to build up the industries but are mainly capable of assembling equipment that comes from abroad or producing relatively basic items.

What would a transition from authoritarianism to democracy mean in terms of military spending in the region?

I don not think it’s going to change since we haven’t seen much indication of it being so. We do, however, see real change in Libya. There have been statements from the council that they don’t need weapons. Still, these are preliminary statements, and something we need to be careful about. Ultimately, they will rebuild their forces to some extent.

In terms of the major players in the region I see no sign that they are going to change their policies. Many countries in the region already have major acumen plans. Furthermore, looking at it from the supply side, there is an idea that some countries in Europe and the US might be more restrictive as a response to what has happened in the past year. However, it’s an expectation that I don’t see happening either. You might even witness the opposite. We are constantly hearing voices saying that it’s perfectly ok to sell to the Middle East, for example in Germany we even have the potential sale of tanks to Saudi Arabia which is really rather unique. On top of that, this green light from the government in Germany came at a period when the Saudis were experiencing domestic turmoil. Hence, there are yet again clear signs that it’s business as usual.

When is it fair to allow a transfer of arms to the new Libyan government?

We need to be extremely restrictive about Libya. But there are of course certain items that are essential when building up a security force, common in any post-conflict region. Libya obviously needs to have some sort of armed force, a process that has to take time. It has to be more about helping these countries setting up structured and well-organized real security forces aimed at serving the people and the country instead of a dictator.