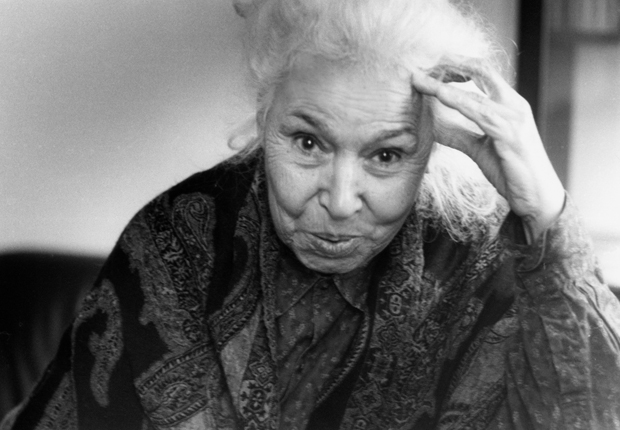 Last week, Egyptian author and activist Dr. Nawal El Saadawi told BBC4 that she is at work on a new novel. When asked if the new novel would reflect events in Tahrir Square at the beginning of this year, Dr. El Saadawi said:

“Of course. I became a different person, and a better human being. … I will describe how in Tahrir Square, we lived a dream, in which we are equal.”

El Saadawi was in London last week to celebrate her 80th birthday. She received a UK “Women of the Year Outstanding Achievement” award, appeared at the Frontline Club, and addressed protestors at the “occupy” movement near St. Paul’s cathedral.

As is reflected in her visit to London, El Saadawi has been far more involved in political activism than in Egypt’s literary development. Nonetheless, she has found time to publish 11 novels, eight short story collections, several plays, memoirs, and other works of non-fiction. More than two dozen of El Saadawi’s works have been translated into English. This may well put her as the most well-translated Arabic author (in English) after Naguib Mahfouz.

Her most well-known and powerful works are probably Woman at Point Zero, God Dies by the Nile, The Hidden Face of Eve, and Memoirs from the Women’s Prison.

Although she has seen a great deal of life here in Egypt – including on a number of legal cases against her and her work and the 2011 protests in Tahrir – El Saadawi’s work has, in some ways, had a greater impact in the West, particularly among Western feminists. Juliet O’Keefe wrote in 2008, in Dissent Magazine, about The Hidden Face of Eve: “For me, as for many other young (white, North American) feminists in the early 1980s, the horror of genital mutilation, of which we had largely been ignorant, overwhelmed us, and – and I say this carefully – fixed to an unfortunate degree our opinions on women’s situation under Islam.”

I will note, as O’Keefe does, that FGM (Female Genital Mutilation) is practiced in many African countries (of which Egypt is one), and is not an “Islamic” practice. But O’Keefe goes on to say that “we took from the book a one-dimensional afterimage of the Arab woman as wholly victimised and held under the thumb of a rigid, ahistoric theocracy.”

O’Keefe adds that, for her and others, “El Saadawi was seen as anomalous and isolated, granted the position of singular representative for Arabic women….”

It is difficult to say what El Saadawi’s role was and is in this re-presentation. Certainly, as O’Keefe notes, El Saadawi’s publisher played a key role:

” …it is difficult not to read some conscious manoeuvring, awareness of audience, into other changes made between the Arabic original and the English text (documented exhaustively by Amal Amireh) which include the foregrounding of the issue of genital mutilation at the expense of political material; the harrowing opening of the book, describing El Saadawi’s own experience of circumcision, was situated differently in the original, and less sensationally.”

The dustjackets of El Saadawi’s English-language works are also – despite what’s inside – generally and inexplicably festooned with niqab-clad women.

El Saadawi’s novels have often been criticized as mere vessels for her political messages. They certainly do have messages, and sometimes, as with novels like The Fall of the Imam, the literary joy is overwhelmed and ossified by too much medicine. But elsewhere El Saadawi’s writing is direct, clear, and lovely.

As Amal Amireh wrote, in Al Jadid: “I agree that El Saadawi is popular in the West partly because her works have played into Western prejudices. But I don’t think this fact should be merely used to dismiss her achievement.”