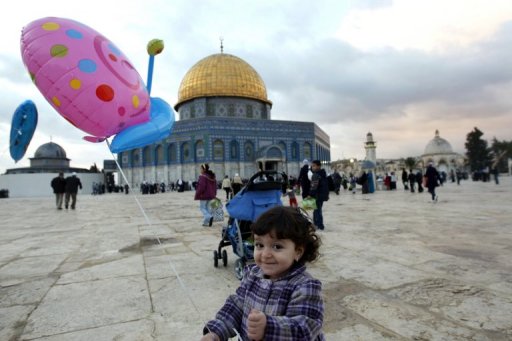 Peace negotiations in the Middle East must tackle the issue of the status of the holy sites, Cardinal Jean-Louis Tauran, head of the Vatican’s Council for Interreligious Dialogue, said Friday.

“There will not be peace if the question of the holy sites is not adequately resolved,” the Holy See’s former foreign minister said in response to a question on Jerusalem and the Israel-Palestinian problem at a Rome conference.

“Unfortunately, up to now, the question has never been on the negotiating table in Washington or in Jerusalem. It’s practically just the Holy See who is concerned about it,” he said.

Although critics claim the question of responsibility for Muslim or Jewish sites such as the Dome of the Rock or the Western Wall would complicate already difficult peace talks, Tauran says not discussing it “only puts the issue off”.

“The part of Jerusalem within the walls — with the holy sites of the three religions — is humanity’s heritage, as each has its roots there,” he said in reference to Judaism, Islam and Christianity.

“Let’s suppose that tomorrow part of Jerusalem belongs to a Palestinian state: one morning a group of fundamentalist Muslims could decide to build a mosque where the Holy Sepulchre stands,” he added.

The Vatican says the answer is to have the global community regulate the sites — and it favours handing the task to a “large group” of states, rather than placing it in the hands of the United Nations Security Council or Europe.

“The sacred and unique character of the area must be safeguarded and it can only be done with a special, internationally-guaranteed statute,” Tauran said.