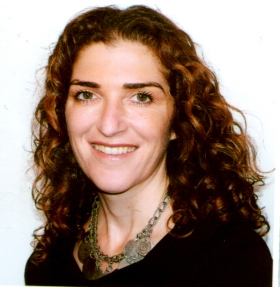 Each year in mid-December, the Israeli business community meets the politicians at the Israel Business Conference in a venue in Tel Aviv. The conference, the most high profile nexus between business and politics, draw top CEOs and top political leaders, including the prime minister and president, together to gauge Israel’s standing within the global economy.

Although the conference focused on economics, it should also pay attention to the dangerous political and social trends in the fabric of Israel society.

The topics range from main risks in the global economy in 2012, to an assessment of Israel’s financial markets, natural resources, housing challenges and emerging markets opportunities. Presently, it is true that Israel boasts a highly developed economy and the GDP has  reached nearly $30,000 and a low unemployment rate of 5.8%. Israel’s economy, including its financial sector, reasonably withstood the 2008-09 crisis but is now being impacted by a worsening global outlook; geopolitical tensions are high; and the ‘tent protests’ of the summer have added a new dimension to the socio-economic agenda.

Within this context, the speech that stood out by far had no mention of economic indicators altogether. It was given by opposition leader and Chairman of the Kadima faction, MK Tzipi Livni who gave a heart wrenching speech in the panel titled The New Middle East: Dream or nightmare? The panelists depicted a grey forecast of the rising Islamists in the neighborhood.  She dramatically asked the audience to pause and look what is happening within the society of Israel.  ‘We cannot observe what is happening around us without opening our eyes to what is occurring at home.’ She was bold enough to highlight the dangerous schisms within Israeli society.  Saying ‘Let us not be blind to the changes taking place within us,’ She was referring to the latest chipping away of the democratic pillars through a series of recent legislative motions brought to the Knesset, the Israeli Parliament, aimed at limiting the rights of minorities. If this continues, the  ‘only democracy in the Middle East’ may not be worthy of this title for much longer.

MK Livni also pointed out the recent suggestions of undemocratic bills to the Knesset. There is a proposal to require citizens to take a loyalty oath as a condition of voting in elections; There is a bill suggesting to limit donations for NGOs which defend minority ‘rights; A bill proposed recently will increase the maximum compensation paid for libel violations — without proof of damage — to the equivalent of about $80,500, six times of current rate. This will damage the capabilities of investigative reporting. Yet another bill that has been entertained recently is limiting the right of civic groups to appeal to the Supreme Court.  Clearly, Israel is rapidly destroying its democratic foundations, while the neighbors are doing exactly the opposite –  laying their democratic foundations for the first time.

There are a whole new set of issues dividing public opinion, some of which concern Jewish/Arab relations: torching of mosques, settlers stoning IDF soldiers, and extremist behaviour by Ultra Orthodox Jews which includes segregated buses in which women are obliged to enter through a back door.

Israel does not yet have a constitution and there are some lone voices calling for Halacha law. Medinat halacha, which would be comparable in its extremism  to ‘shariah law’ in other countries in the neighborhood. It is true, a country needs to gauge its economy and its competiveness in the global market.  Yet it cannot ignore the fabric of society particularly when it is being torn in a divisive manner as it is today. Ignoring the problem will not make it go away or bring a solution quicker to these deep schisms in Israeli society.