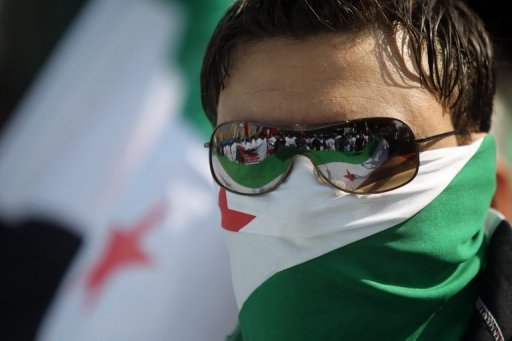 Syria’s opposition will attend an international conference in Tunis this week aimed at seeking political change to halt almost a year of deadly violence in the country, officials said on Monday.

Speaking after a meeting of Mediterranean foreign ministers, Tunisian Foreign Minister Rafik Abdessalem said there had also been agreement on the need to avoid “an Iraqi scenario” and preserve Syria’s integrity.

Tunisia is hosting a “friends of Syria” conference on Friday in a bid to bring an end to the Syrian regime’s bloody repression of protests. Arab, European and US diplomats are also set to take part in the meeting.

“The Syrian National Council and other opposition groups will be represented at the Tunis meeting,” Abdessalem told reporters, reversing an earlier position expressed on Friday when he said the SNC would not be invited.

Tunisia, which hosted a first international conference on Syria in December and broke off ties with Damascus earlier this month, does not recognise the SNC — the largest Syrian opposition group — as an official entity.

“We believe that on the 24th of this month, we shall send a strong message to the Syrian government,” Abdessalem told reporters. “There has been enough killing. There must be radical political change.”

At least 6,000 people have been killed in a crackdown on pro-democracy protests by President Bashar al-Assad’s forces since March last year, according to monitoring groups.

French Foreign Minister Alain Juppe said the opposition had to become “a partner in political dialogue” open to all of Syria’s communities.

“We have to push them to re-group, to organise, to take into account all sensibilities, domestically and internationally,” Juppe said.

“The different communities also have to be represented in the opposition if we want it to become a partner in the political dialogue to exit the crisis.”

Tunisian President Moncef Marzouki said he hoped the bloodshed in Syria could be halted under a similar scenario to the one which saw Yemeni President Ali Abdullah Saleh relinquish power.

After months of bloody clashes between security forces and pro-democracy protestors, Saleh, who came to power in 1978, signed a deal that effectively ends his rule but protects him from prosecution.

“I don’t think any Arab country is going to ask for military intervention (in Syria). European countries don’t want it either,” he said, adding: “We don’t want an Iraqi scenario… We have to preserve the integrity of Syria.”

“We all agree on the need to urge the Syrian government to put an end to its suppression of demonstration. There are rights that should be secured for the people of Syria. They have a right to freedom and democracy,” he said.

Referring to Friday’s meeting in Tunis, Terzi said: “It has to be inclusive. Of course the opposition has to be present.”

In the latest developments on the ground, Syrian troops massed around the central city of Homs on Monday, sparking calls for women and children to flee the besieged flashpoint city, as Iranian warships docked at the port of Tartus in a show of force.

The reported buildup came as the top US military officer, General Martin Dempsey, said any intervention in Syria would be “very difficult” and that it was “premature” to arm the opposition.