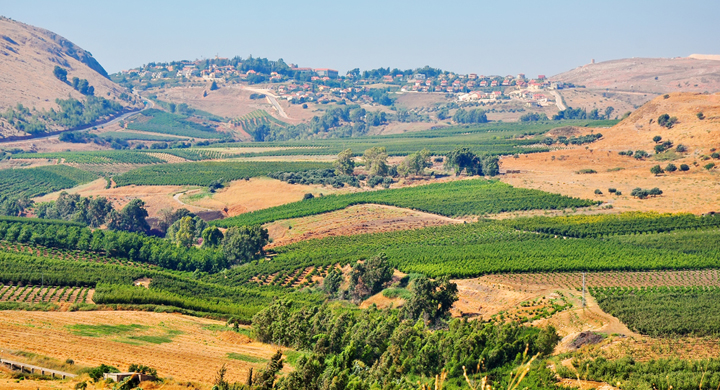 Various analysts have suggested that if the Alawite-dominated Baath regime in Syria collapses, the country might become embroiled in a civil war between the Sunni majority on the one side and the Alawite minority on the other. Whether this scenario is likely to unfold is debatable. However, there is evidence that Israeli policy-makers are preparing to absorb refugees from the Alawite minority who are estimated to compose around 12 percent of Syrian society in the occupied Golan. “On the day the Assad regime falls, it is expected to harm the Alawite clan. We are preparing to receive Alawite refugees on the Golan Heights,” Israeli Army Chief Benny Gantz was recently quoted as saying. Interestingly Gantz has not made a similar proposal to the current stream of mostly Sunni refugees who are trying to escape the bloodshed in their country. This statement might be an indication that Israel’s long-term strategy is to seek an alliance with the sect that is currently supporting the very regime Israel hopes to see falling.

Israel’s military intelligence recently made public its analysis that it expects Assad’s regime to collapse within months, echoing the earlier remark made by Israel’s Defense Minister Ehud Barak. Israel has never made it a secret that it would like to see Assad’s downfall, as it would significantly hamper Hezbollah’s ability to import weapons from Syria, whilst Iran would lose an important ally and be cut off access to several of Israel’s enemies.

Strangely however, the end of Assad is also likely to have adverse consequences for Israel’s relations with Syria, putting the country at direct loggerheads with the next Syrian government if it continues to refuse ceding control over the Golan Heights – a strategically located, and water-rich mountainous area which Israel captured from Syria during the 1967 War and is occupying ever since. During the reign of Bashar al-Assad, Syria has never made a serious attempt to get back the Golan Heights. In fact, the impotence to pressure Israel’s government to withdraw to the armistice line of June 4 1967 was a major source of embarrassment for the Assad government that always claimed to be the champion of Arab nationalism.

Several important Syrian opposition members have attacked the current regime for its “cowardice” stance towards the Israeli occupation of the Golan and its self-proclaimed pro-Palestinian agenda. With a new government in Syria, Israel should therefore not expect to gain an ally in Damascus, but rather face a more assertive regime that is determined to regain lost territory. In an interview the Syrian National Council’s figurehead Burhan Ghalioun told a reporter that the future government would be more protective of the Golan Heights, and Arab solidarity than the current regime. The influential Sunni Muslim Brotherhood that was brutally repressed under the Assad regime is no less critical of Assad’s reluctance to retake the Golan.

Then why would Israel be interested in hosting Alawite refugees in the Golan? Let’s assume that Israel’s analysis is correct in which Assad would fall after which a civil war erupts in Syria between Sunnis and Alawites. Given the sectarian composition of Syrian society the Alawites would find themselves at the end of the gun barrel, and an exodus could take place in similar vein with the Christians of Iraq after the fall of Saddam Hussein in 2003. Looking for safe refuge, many Alawites might feel forced to accept Israel’s offer to be resettled in the Golan and subsequently seek its protection from the Syrian Sunni majority.

The current population of the Golan currently stands at less than a hundred thousand, consisting mostly of Druze. Even a minor flow of Alawite refugees to the Golan would thus have significant demographic consequences for the configuration of the territory’s society. The Israeli occupied Golan would in effect be turned into de-facto Alawite enclave. For Israel to grant Alawite refugees legal status would be unacceptable to most Israelis, especially if the size of refugees is tangible.

The option that would render Israel the best position is to encourage the creation of a Kosovo-style Alawite state. The plan to create an Alawite state is however not something new; France granted the religious minority a state of their own in 1922 in the area that currently composes Syria’s coastline. In an article that appeared in The Atlantic almost two decades ago, security expert Robert D. Kaplan contended that the region with a large concentration of Alawites could break away if Assad falls, and that Israel would have a clear interest in the creation of an Alawite state – an article that remains surprisingly relevant in light of present-day events in Syria. As Kaplan noted, Israel “would see no contradiction in aiding former members of Assad’s regime against a Sunni Arab government in Damascus.” More recently, Abdel Halim Khaddam, the former Syrian vice-president and ex-confidant of Bashar al-Assad who defected in 2005 to the West, told a French reporter that the Syrian regime has already started in secret to push for the establishment of an Alawite State along Syria’s coast, with Latakia as its future capital.

However, the scenario of an Alawite State along the coast seems as much implausible as it would have been for Saddam to create a Sunni state around his birthplace of Tikrit after his fall from power or for Khaddafi to declare independence of the tribal regions loyal to his person. The Alawite clan would lack the military means to exercise authority in the coastal region against the Sunni majority. The alternative would be to seek military cover from the only state in the region that is willing and able to provide it, i.e. Israel. Yet, Israel is too far situated to provide any such cover. What is thus more conceivable is that the location of the future Alawite State would be set in the Israeli occupied Golan Heights.

With the exception of Ariel Sharon, every Israeli PM has hitherto agreed in principle to the withdrawal of Israel from the Golan. Yet if Israel were to cede control over the territory it would probably do so under the most preferable conditions. The possible relocation of Alawites from the Syrian coastline to the Golan could potentially provide Israel with a demographic buffer against a post-Assad Syria. Moreover, having such a buffer state in place would render the need of physical occupation obsolete, allowing Israel to withdraw under favorable conditions – Israel could also maintain its presence in agreement with the Alawite State. In addition, given the prospect that the future Alawite state would be militarily weak and largely dependent on outside support, Israel could wield substantial influence in Alawite political affairs. As John Myhill wrote in the Jerusalem Post in August, “for the first time, Israel would have actual state allies in the region, as opposed to temporary peace treaties.”

In the past Israel has tried to implement similar strategies in securing its interests, such as in Lebanon when it supported the Maronites in establishing an anti-Palestinian Christian state. It should by no means be taken for granted that Israel is indeed pushing for an Alawite state in the Golan – or that the implementation of such plan has a high chance of success. However, in light of Israel’s alliance pattern and present regional developments, its proposal to host Alawites should be viewed with certain caution.