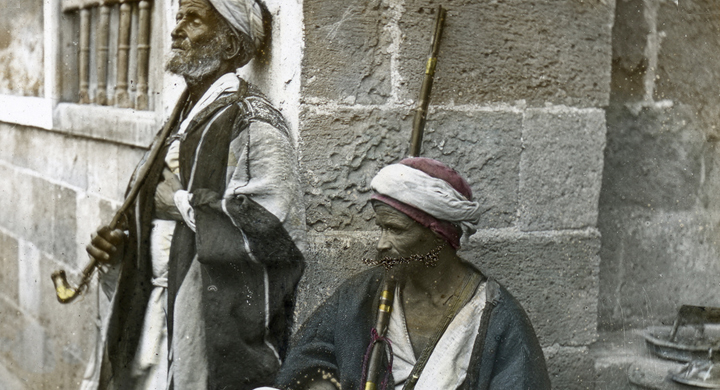 “The Bedouin need freedom. They need respect. The Bedouin are not hungry for food, they are hungry for honour,” says Mosa Delhi, a Bedouin leader.

For centuries, Bedouin tribes have inhabited the Sinai Peninsula. They share a distinct cultural tradition and a strong tribal organization, and live by strict codes of honour and loyalty. Rather than national identities or state citizenship, they are bound to tribal alliances and family connections. The Bedouin have repeatedly withstood attempts by successive powers to actively control their territory, and are accustomed to enforcing their own laws. For years however, the Egyptian government has tried – often violently – to bring the Sinai Bedouin under state-control.

Since the Egyptian Revolution and the removal of Hosni Mubarak last year, the longstanding low-level conflict between the Sinai Bedouin and the central government in Cairo has escalated. The weakened central government and the relative security vacuum that has emerged in the Sinai have enabled the Bedouin to throw off the long-loathed yoke of the Egyptian police and state-control. The steadily rising tide of violence on the peninsula, the attacks on government officials and the kidnapping of Western tourists in recent months have led to fears that the Bedouin are cooperating with al-Qaeda, and that the recurring violence is a result of an active coalition between the two. While there is indeed a potential connection, the current Bedouin uprising and subsequent violence in the region are in fact a result of long simmering grievances with the Egyptian regime, and equally longstanding misguided state response to these grievances.

During the thirty years, Egyptian bureaucrats refused to let the Bedouin register their agricultural land and although they are official Egyptian citizens, Bedouin were not allowed to join the army or police, hold significant government positions, or form a political party. More importantly, the indigenous Bedouin tribes have been all but completely excluded from the Sinai Peninsula’s recent economic windfall from tourism and mineral resources. Egypt’s tourism industry is an important economic pillar of the national economy, and the Southern Sinai is a major tourism centre. However, little of the enormous revenue from the Sinai tourism has actually been used to develop Sinai’s own economy or infrastructure. The result of this economic marginalization has been that, increasingly, the Bedouin have sought alternative sources of income and employment, mostly in smuggling and illegal arms trade. These days, some Bedouin have taken advantage of the recent lack of central control and have increased their smuggling activities, taking drugs, weapons and illegal African workers across the border into the Gaza Strip.

For decades, “outsiders” from Cairo have mingled in the Bedouin tribal affairs, trying to get them under control by simultaneously appeasing and suppressing them. However, now that the central government is weakened and the Egyptian rulers are distracted by the upcoming Presidential elections, the Bedouin are taking matters into their own hands. Most tribal leaders say they do not want to want to rid Sinai of Egyptian rule altogether, but  simply demand a new and fair “contract” with the state, including local autonomy,  political representation and jobs that have long been denied to them.

While for a long time, Bedouin protests against the old order largely took the form of peaceful demonstrations, sit-ins and road closures, this has started to change. Over the past years, there have been rocket-propelled-grenade attacks on Egyptian government buildings, explosions of gas pipelines, and kidnapping of tourists. When it became clear last January that the Bedouin candidates had lost in the third round of the Parliamentary elections, demonstrators believed ballot boxes had been tampered with as part of a vote rigging plot, and insisted that electoral results in the southern peninsula governorate had been fixed. Tribal demonstrators subsequently wreaked havoc in the region, attacking government buildings and blocking a highway. These violent actions, however, are all directly or indirectly targeted at the new Egyptian regime. Their demands, far from the mindless violence and obscure agenda of al-Qaeda, are clearly political and economic.

While the Bedouin themselves might be preoccupied with political issues, the security vacuum in the Sinai is not without regional consequences. The threat of al-Qaeda invading the new power-vacuum- as they are also doing in for example southern Libya- is a real one. It has to be stressed however that the alliance between sections of Bedouin tribes and al-Qaeda (through arms trade) is largely based on pragmatism, frustration and anti-government sentiment, and not on a shared ideology. The local Bedouin inhabitants have no interest in developments outside the Sinai, and their support for Al-Qaeda is not based on their acceptance of the movement’s extreme Islamic ideology, but on frustration and anger at the national government in Cairo, with which they have never identified in the first place. Unfortunately, this doesn’t mean that al-Qaeda for its part might not take advantage of the current political chaos and security vacuum to use the Sinai as a yet another fruitful base of recruitment. After all, it is a well- known fact that impoverished and marginalized people are easy targets for radicalization, and it would be naïve to think that this might not happen in the Sinai.

It is exactly therefore that possible “security solutions” that do not address the core issues of the Bedouin will never succeed. In fact these measures are only likely to inflame the anger and frustration, and create opportunities for Islamic militants such as al-Qaeda. The new Egyptian government now needs to start to address the economic and political demands of the Sinai Bedouin, and recognize that the interests of both the tribes and the central government are actually closely aligned. A new approach to the Sinai would serve the economic and security interests of both Cairo and the Bedouin. Most importantly however, this new approach would take away al-Qaeda’s momentum to cash in on the desperation of local Bedouin and recruit them to their cause. Hence, a new, inclusive approach to the Sinai will be essential in the fight against Islamic militancy and in the struggle to maintain regional and global security.