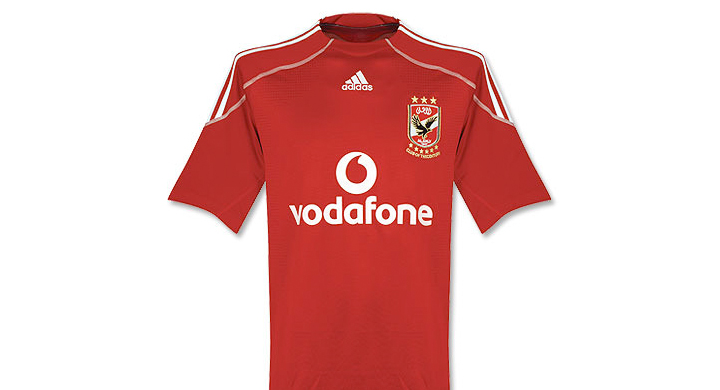 Little did Vodafone’s Egypt unit know what it was bargaining for when it inked a three-year $9 million sponsorship deal with Al Ahly SC, Egypt and Afrsica’s most crowned football club, whose militant supporters were in the forefront of the popular uprising that toppled president Hosni Mubarak and have since spearheaded opposition to his military successors.

What was designed as a marketing and public relations ploy to exploit the telecommunications provider’s association with an institution that evokes deep-seated emotions has instead landed Vodafone in hot water with Egyptian football fans as well as the European parliament. Adding insult to injury, Vodafone Egypt lost its chance to buy back some of its evaporated goodwill among football fans when it was outbid at the end of its sponsorship contract in late 2011 by the United Arab Emirates telecommunications company Etisalat.

Vodafone’s experience has become a case study as telecom operators in the Middle East and North Africa brace themselves for an extended period of political volatility in a region stretching from the Atlantic coast of Africa to the Gulf that is being swept by popular protests.

The protests have put management of the risk of political interference at the top of their agenda and could call into question concessions that Blackberry made in 2009 when it bowed to pressure initially from the UAE and Saudi Arabia to surrender the codes for its secure instant messenger. Vodafone’s major risk concern prior to the anti-Mubarak protests was ensuring the safety of its personnel in the case of a calamity or political upheaval.

Vodafone’s problems started when it agreed early last year at the peak of the protests that ousted Mr. Mubarak to first suspend services alongside all other providers, and then in contrast to others to broadcast pro-government text messages that included an announcement of the time and place of a demonstration by supporters of the embattled Egyptian leader. The demonstration took place on a day on which 20 people were killed in clashes with anti-government demonstrators on Cairo’s Tahrir Square where militant, highly politicized, street-battle hardened supporters of Al Ahly and its rival Al Zamalek SC manned the protesters’ front line.

Vodafone, in which state-owned Telecom Egypt (ETEL), the country’s fixed line monopoly, has a 45 per cent stake, is feeling the impact of its collaboration with the Mubarak regime in its bottom line. “There’s still a very strong feeling of resentment and people still don’t like the role Vodafone played,” Amr Gharbeia, an activist at the Egyptian Initiative for Personal Rights in Cairo, told Bloomberg News. Mr.. Gharbeia added that Egyptians have yet to see “practical measures and reforms that guarantee this is fixed,” meaning legal safeguards against politically motivated government control.

“Cutting the phones and internet meant that protesters who were being shot at could not call others and warn them about the snipers and their locations,” said a football fan who was at the time on Tahrir Square.

Protests forced Vodafone last year to withdraw a three-minute commercial, part of an advertisement campaign with the slogan Our Power, that sought to whitewash the company’s assistance to the Mubarak regime. The commercial featured images from protest rallies on Tahrir Square, asserting that Vodafone “didn’t send people to the streets, we didn’t start the revolution … We only reminded Egyptians how powerful they are.” It include screen shots of Facebook and Twitter messages posted by Egyptians supporting Vodafone followed by an audio recording of Mr. Mubarak’s resignation.

Vodafone’s acquisition of new clients has slowed in the last year to a trickle compared to the period prior to the anti-government protests. While Vodafone has seen its revenues initially go flat and since decline, France Telecom, one of its main competitors is expanding its business despite political volatility and Egypt’s economic problems. The French company agreed last month to acquire billionaire Naguib Sawiri’s stake in its Egyptian wireless operations for $2 billion.

Vodafone’s woes don’t stop at Egypt’s borders. The European Parliament in a bid to ensure that European telecommunications providers are shielded from political pressures is preparing to issue a report that calls for greater scrutiny of telecommunication companies. Operators “must learn the lessons from past mistakes, such as Vodafone’s decision to give in to demands from the Egyptian authorities in the last weeks of the Mubarak regime to suspend services, to disseminate pro-government propaganda,” Bloomberg quoted the draft report as saying.

Popular resentment against Vodafone and the loss of its football sponsorship deal has prompted the company to pre-empt the European parliament’s advice. Vodafone has launched a lobbying campaign to persuade Egypt’s first post-Mubarak parliament to adopt legislation that would curb state control and protect its investments. Vodafone is urging TeliaSonera AB and Nokia Siemens Networks to support its campaign. The company is pushing parliament to restrict control of telecommunications networks to the president and to ensure that only he has the authority to interfere and only on the basis of a Cabinet decision.

The proposal is designed to prevent a repeat of last year’s situation in which Vodafone was ordered in a telephone call from the security services to cooperate with the government. Vodafone was told it could expect a visit from security if it failed to comply.

“We’re lobbying very hard,” said Vodafone Egypt CEO Dowidar in a Bloomberg interview. He said that “no one in Egypt, not the previous regime, not the revolutionaries, not us, was prepared for what was happening” when the anti-Mubarak protests erupted. Demonstrators camped out on Tahrir Square for 18 days in January and February of last until Mr. Mubarak had no choice but to resign after 30 years in office.

James M. Dorsey is a senior fellow at the S. Rajaratnam School of International Studies at Nanyang Technological University in Singapore and the author of the blog, The Turbulent World of Middle East Soccer.