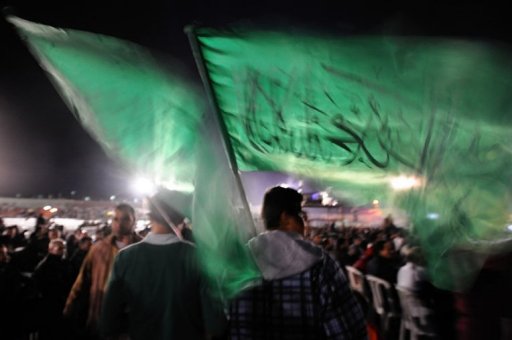 Many analysts claim that the real threat against Israel does not come from Teheran but from within the state itself: Arab population growth. One solution for keeping Israel both Jewish and democratic is for the state to give up control of Arab-majority lands, reports Michael Wilner.

Brass in the Israeli Defense Force often say that the summer months provide the best conditions for war. Grounds in the Levant are less muddy, and the skies are reliably clear. Add to this the drumbeat of commentators and the ever-ominous language of Israeli officials, and the warming of weather likely strikes fear at the White House, where President Barack Obama hosted Israeli Prime Minister Benjamin Netanyahu last month for crucial talks on Iran’s nuclear program.

Netanyahu has been warning the world that Iran poses an “existential threat” to Israel ever since 1996, when he gave a speech to the U.S. Congress urging prompt action. Indeed, 15 years later, an attack on Tehran remains a real threat, both sides say, as their leaders shuttle back and forth to try to synchronize strategy.

In Israel, the term “existential crisis” has framed the entire notion of an Iranian threat, and has fueled the debate over whether the government should stretch its military might in an attempt to destroy, or at least temporarily delay, the centrifuges spinning in Natanz and Fordow. But analysts question whether the true threat to Israel’s existence comes from Tehran, whose autocratic Islamist leaders have denied the Holocaust and have called for Israel to be wiped off the map in their speeches, and yet, in their actions, have consistently prioritized the survival of their own regime. Even some top members of Israel’s defense and intelligence teams, including the defense minister himself, believe Iran is at least a somewhat rational actor.

The real threat, they say, comes from within the state itself: Arab population growth. The figure within the state’s disputed borders is 2.6 percent—nearly twice the national average—and without a two-state solution, demographers estimate Israel’s lands could become majority Arab by 2025.

“You have a two-tier citizenship model that’s going to explode,” says Marwan Muasher, Jordan’s first ambassador to Israel now with the Carnegie Endowment for International Peace. “This is an existential threat to Israel more than Iran, not only because it comes from within, but because the Iranian threat is a threat unfulfilled.”

A paper set to be published by Harvard University’s Kennedy School of Government this spring notes that Israel’s population of 7.8 million makes even a tiny demographic shift politically perilous. The study asserts that Israeli leaders realize that such population growth is an even greater danger than the physical threat of terrorism.

“If you look at current trends, it’s going to shape the state construct,” says Monica Toft, an associate professor of public policy at Harvard, noting that fertility rates and migrant patterns are likely to change over time. “One is a domestic political situation, and the other is the international regional dimension. They can both be existential threats.”

Currently, Arabs make up a quarter of Israel’s population. Palestinians in the territories are not legally deemed Israeli citizens, and Arabs in Israel proper face various forms of institutional and social discrimination.

Experts believe that one solution for keeping Israel both Jewish and democratic is for the state to give up control of Arab-majority lands. Israel began this process when it withdrew from Gaza in 2005, only to be scorned a year later by the election of Hamas, a militant organization which calls for the annihilation of the Jewish state in its charter. Withdrawing from the West Bank would be even more difficult; ten times the number of Jewish settlers reside there, and unlike the former settlers of Gaza, these claim religious rights over the land.

Gershom Gorenberg, author of The Accidental Empire: Israel and the Birth of the Settlements, has studied these trends for years. He expresses skepticism about the forecasts of demographers, and apprehension over the use of terms “us” versus “them.”

“If today the Arab birth rate fell to the rate of the Jewish birth rate, it would still be higher because there are more Arabs coming into child-bearing age,” Gorenberg says. “But demographers tend to draw a line and follow it, and that’s not the way the real world works.”

Whether or not the lines are straight or jagged, most analysts agree that current population trends will soon demand Netanyahu’s attention.

“Israel has this challenge that it is a democracy that’s accountable and transparent,” says Toft. “How can it maintain itself as this and keep its Jewish character?”