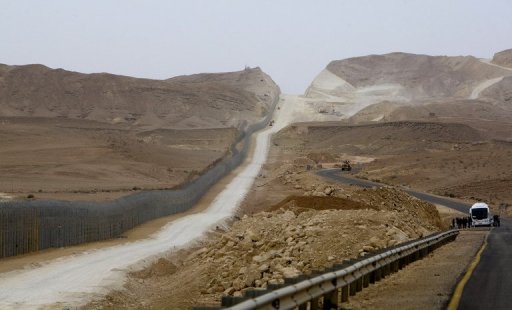 Israeli authorities warned citizens on Saturday to leave Egypt’s Sinai peninsula immediately because of a “critical and immediate threat” of a terrorist attack.

“All Iraelis in the Sinai are called upon to leave the region and return to Israel,” said a statement from the anti-terrorist bureau.

“Based on information in our possession, terrorist organisations in the Gaza Strip are continuing to work energetically to carry out terrorist attacks against Israeli targets on Sinai’s beaches in the immediate term,” it said.

Resorts dotted along the Red Sea in the Sinai are a popular holiday destination for Israelis seeking a relatively cheap break in the sun.

But since the start of the uprising in Egypt that toppled president Hosni Mubarak last year, security in the peninsula has deteriorated significantly, with Egypt sending troops into the area to try to bring it back under control.

Last August, gunmen infiltrated southern Israel from Sinai and launched a coordinated series of ambushes on vehicles on a border road north of the Red Sea resort of Eilat. Eight Israelis were killed and more than 25 wounded.

The border area is also a paradise for Bedouin smugglers, with the Israeli authorities often seizing drugs, cigarettes and telecommunications equipment as well as weapons and explosives heading for the Gaza Strip.

Israel is building a giant steel security barrier along the 240 kilometre (150 mile) frontier, which is due to be completed by the end of this year.