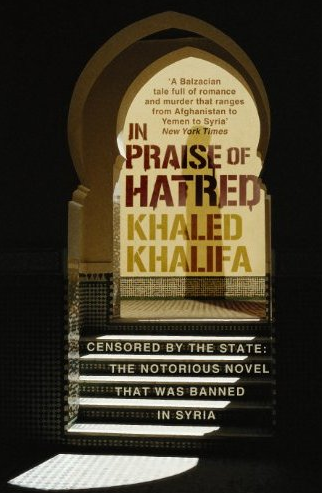 Even after being beaten on May 23, and having his left hand broken, Syrian novelist Khaled Khalifa continues to write.

Khalifa said, in a phone interview last week with the LA Times, “They were approximately five men. It all happened on the street. My left hand is broken. I write with my right hand, but typing on the computer is difficult now.”

Khalifa had been participating in the funeral of a friend, Rabi Ghazzy, who died from a gunshot wound to the head. According to Le Monde, other artists and critics at the funeral were also arrested or beaten.

The incident was reminiscent of the attack on celebrated Syrian cartoonist Ali Ferzat last summer.

Khalifa, whose IPAF-shortlisted In Praise of Hatred (2006) is officially banned in Syria, is currently working on a diary-style book about the Syrian revolution. He told al-Akhbar in March that, before the uprisings began in Syria, he had been finishing a new novel titled No Knives in the Kitchens of this City.

Still, Khalifa continues to write and speak about what’s going on in Syria.

In February, he told the LA Times, “lately there is no fear because people are dying in the streets now. I think the writer must be honest, especially when you are talking about the revolution of your own people.”

It was also February when Khalifa’s “open letter” began to circulate, in which he calls on the world’s citizens to express solidarity with Syrians.

Khalifa’s In Praise of Hatred should be available in the UK and Australia, trans. Leri Price, in September.