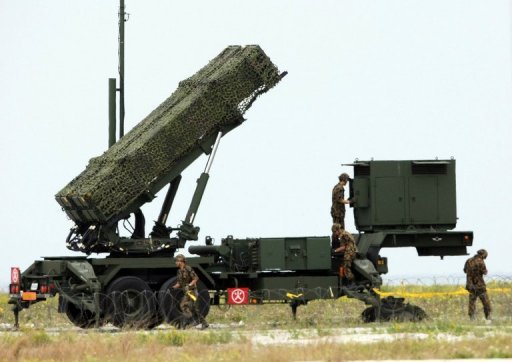 The Pentagon said Wednesday it planned to sell 60 Patriot missiles to Kuwait in a deal worth an estimated $4.2 billion, as the emirate tries to bolster its defenses against the threat from Iran.

The Defense Security Cooperation Agency (DSCA), which is in charge of US weapon sales to foreign countries, notified the US Congress of the intended sale on July 20, the agency said in a statement on its website.

Congress has 30 days to raise any objections it may have. If nothing is said, the contract is deemed valid after that waiting period.

“Kuwait will use the PAC-3 missiles and equipment to improve its missile defense capability, strengthen its homeland defense, and deter regional threats,” the agency said.

Earlier this year at a forum that brought together the United States and the six members of the Gulf Cooperation Council — Bahrain, Kuwait, Oman, Qatar, Saudi Arabia and the United Arab Emirates — US Secretary of State Hillary Clinton promoted a missile shield to protect Gulf Arab states from Tehran.

The six GCC states are all major buyers of US arms.

Kuwait already has Patriot missiles. In 1992, it bought 210 of the earlier-generation Patriots, and 25 launchers. It then bought 140 more in 2007, according to the Congressional Research Service.