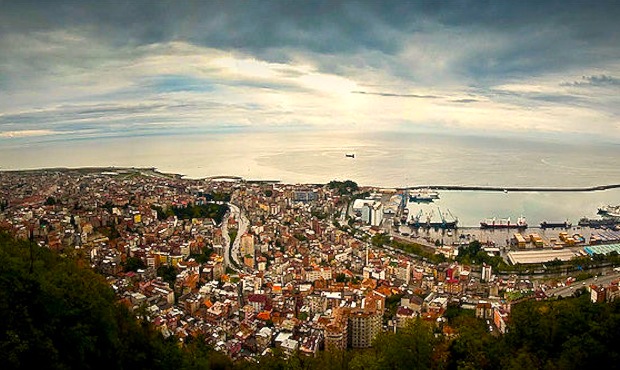 A top football club from the Turkish hinterland is cementing Turkey’s economic shift away from the commercial capital of Istanbul to the Anatolian inland with plans to increase revenue by building a hydroelectric power station in a country with growing energy demand and no oil or gas reserves of its own.

Trabzonspor, which is competing in this year’s UEFA Europa League, has added power to a funding strategy that traditionally depended on ticket sales and the merchandising of club shirts and scarves The innovative strategy was developed in advance of the European football body’s imposition in 2014 of financial fair play rules that will bar clubs from being funded by wealthy owners, according to the Financial Times.

The project could well spark other major European clubs to think out of the box about how they will fund themselves once the new UEFA rules kick in and merchandising and sponsorship prove insufficient, particularly for the purchase of high-priced players.

The legendary club received this month government approval for a 28 megawatt plant in the hills above Trabzon, the Black Sea city it helped make famous and that is known for its fanatical football fans and hot-blooded residents who pick a fight first and think later, according to the Financial Times. The plant is expected to cost up to $50 million and gross annual revenues of $10 million. Trabzon is considering building a smaller, second plant.

Trabzonspor chairman Sadri Sener, a local construction magnate, expects the hydro plant to benefit from the mountains surrounding the city and its usually high annual rainfall. “The club needs a guaranteed source of income, and we have the ideal conditions for hydro power,” the Financial Times quoted a Trabzon club official as saying.

Energy is a booming market in Turkey that grows by eight per cent a year. The government projects that it needs to increase installed capacity by 45 per cent from 55,000MW to 80,000MW in the next eight years to be able to meet demand.

Trabzonspor’s move into energy prepares it not only for the introduction of UEFA’s financial fair play rules but also for concerns that Turkish football runs the same risk of economic difficulty that the country faces. Turkey got a taste of the risks when external funding tightened last year because of the global financial crisis and the country’s currency devalued more than had been predicted.

“Turkey’s declining success in football can be mapped to economics,” a Renaissance Capital research note said early this year.

Like the economy, Turkish football “imports almost all their best players from abroad, and exports (only) one or two good players every year” incurring high levels of debt to attract stars, the note said. It said Istanbul clubs like Fenerbahce, Besiktas and Galatasaray operated as commercial companies that eschew competitiveness for profit.

Renaissance Capital cautioned that buying expensive but old has-beens such as former Real Madrid stars Roberto Carlos and Gut boosts merchandising, but does not add real quality to a team. The focus on sales rather than football performance produces the ills many Turkish companies face: complacency and reduced competitiveness.

The proof is in the pudding. Turkey’s top Istanbul clubs have dominated the country’s football for decades, but failed twice in a row recently to win the Turkish league or qualify for the Champions League. The poor performance mirrors a trend in Turkish economic development as growth shifts from the country’s economic capital to Anatolia.

Trabzonspor alongside Bursaspor, among Turkey’s recently most successful teams, hail from the inland. Renaissance Capital pointed to a further trend in line with the economy: Bursa and Trabzon boast trade surpluses while Istanbul accounts for 60 per cent of Turkey’s trade deficit.

The model in contrast to the Turkish clubs has often translated into performance for their European counterparts. One reason is that Turkish clubs have not seen the kind of influx of foreign investment, particularly from the Gulf, from which teams like Manchester City and Paris St. Germain have benefitted. Nonetheless, in contrast to the Turkish economy and most European clubs, Turkish football thanks to domestic demand has so far not faced problems accessing funds.

James M. Dorsey is a senior fellow at the S. Rajaratnam School of International Studies at Nanyang Technological University in Singapore and the author of the blog, The Turbulent World of Middle East Soccer.