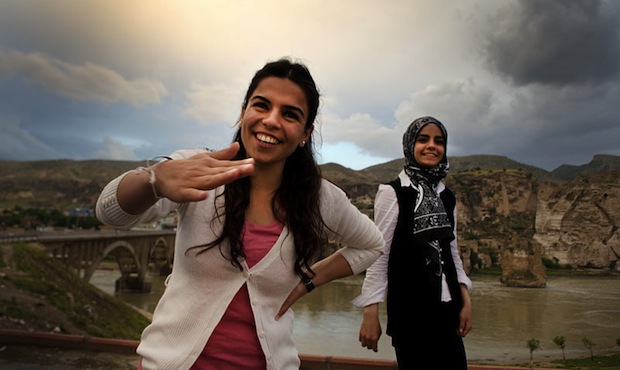 God spoke to Noah commanding him to save his family, build an Ark and take the animals – the flood was coming, Earth needed to be cleansed. The well-known story is related in Judaism, Christianity and Islam, and finding the Ark and proving the story true an eternal quest.

Noah reputedly hailed from Mesopotamia, and the last resting place of the Ark is still thought to be in the region of Ararat in Turkish Anatolia, so it’s with some irony that a few hundred kilometres to the south all the talk is of impending flood waters that will drown towns and villages along the Tigris basin, the ancient town of Hasankeyf being the most prominent.

This time the Turkish government is the one preparing to open the floodgates; the southeast Anatolian project (GAP) is an ambitious plan to develop the infrastructure of the impoverished region utilizing the waters of the Tigris and Euphrates rivers via a series of dams and hydroelectric plants. Needless to say there has to be casualties and it looks like Hasankeyf is going down with all its treasure, a chest that includes the partially standing remains of a 12th century bridge, a 15th century cylindrical mausoleum, several Mosques, hundreds of cave dwellings and the opportunity to unearth clearly much more, to say nothing of the fate of the local population who are unhappy about being re-housed.

The Silk Road and all those that traded along it kept Hasankeyf alive, the high limestone cliffs providing strategic protection. But the city the Assyrians named Castrum Kefa – the Castle of The Rock – is now facing an ignominious end, the Turkish government is moving ahead and new homes for the local inhabitants are being built. There is still a glimmer of hope in that previous protests have halted the damn and plans are also being made to save and relocate some of the antiquity, but so far it is only a glimmer.