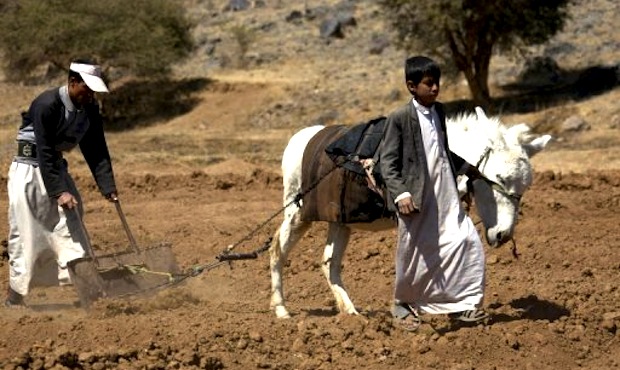 In the past months global wheat prices have jumped more than 50 per cent while corn prices have increased more than 45 per cent due to droughts. This has sparked fears of a looming global food crisis, putting many of the countries in the Middle East at risk.

Food expenditure makes up a large proportion of daily budgets in the Arab world, and the effects of the rising costs have proven to be devastating. In 2008, and again in 2011, record global food prices sparked rioting and political instability leading up to the Arab Spring.

In Egypt, which is one of the world’s top consumers of these commodities, Greenpeace has launched a campaign that aims to develop sustainable agricultural solutions in the country.

The campaign seeks to “reverse the historical trend in which Egypt has moved from a situation of relative self-sufficiency to being the world’s largest importer of wheat due to the practice of short-term decision-making with regards to Egypt’s food security,” explains Ahmed El-Droubi at Greenpeace.

Another country at serious risk is Yemen. Nearly a quarter of the population are in need of emergency aid to survive because they do not have enough food to eat, warned Oxfam and Islamic Relief in July.

”Yemen is dealing with a catastrophic food crisis and people really need our help. People are getting into worrying levels of debt just to get food for their families – and surviving on a meagre diet of tea and bread. One woman told Oxfam how she planned to sleep in the day to avoid the hunger pangs,” said Colette Fearon, Oxfam’s Country Director in Yemen, in a statement.

According to Greenpeace, it is imperative for efforts to be scaled up at all levels to strengthen the resilience of small farmers to future shocks and to improve food and nutrition security over the long term.

“Developing more sustainable farming systems and improving the economic position of poor food producers and consumers lie within our immediate grasp of action,” according to Greenpeace communications officer Hoda Baraka.