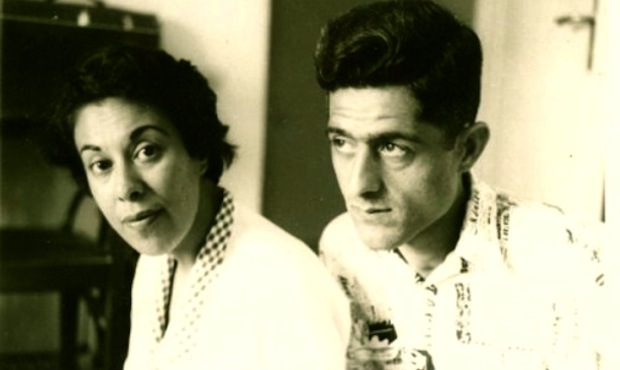 This March, Iran lost one of its most beloved writers. Simin Daneshvar, one of those rare, exceptional talents from the country’s literary renaissance of the mid-Twentieth Century – a period from which only vestiges now remain – produced one of the most widely read and printed Persian novels of all time. Since its initial publication in 1969, Savushun has sold over half a million copies in Iran alone, has gone through roughly 16 printings, and has been translated in over 15 languages. Indeed, from both a literary and commercial perspective, the novel was nothing short of groundbreaking.

Set in Shiraz during the period of the Allied occupation of Iran (1941 – 1945), which saw Iran at its most abject state in decades, Savushun brilliantly captures the essence and spirit of the era, as seen through the eyes of Zari, a young wife and mother. After deposing of Reza Shah, the then-ruler of Iran, for his unwillingness to provide support against the Germans, among other things, the Allied forces – particularly Britain and Russia – placed the young Mohammad Reza Pahlavi (the last Shah) on the throne, and for all practical purposes, occupied the country. While the Russians exercised their influence in the North, the British took control of the oil-rich South.

Apart from the dire economic consequences – including famine, corruption, and poverty, among other things – and the humiliation imposed by the British and the Russians, the Allied occupation had perhaps a more significant and lasting social impact on the Iranian psyche. In the North, the Russians were busy disseminating their brand of communism, which gained much support and sympathy among Iranians, especially intellectuals (including Daneshvar’s husband, the prominent writer and thinker Jalal Al-e Ahmad) and in the South, the British enjoyed the fruits of the country’s most economically important region, under quasi-colonial rule. All of these happenings left Iranians, as the Times Literary Supplement aptly remarked in their review of the novel in 1991, ‘confused … about their role in a country which … had lost its sense of direction’.

Although the novel received much acclaim at the time of its publication over 40 years ago, and is widely regarded as an excellent account of the zeitgeist of a distant period (aside from being a stunning work of literature), it hasn’t lost its relevance in the slightest. The jacket of the 1991 edition describes Savushun as a ‘novel about modern Iran’, and while such a title may be considered as somewhat vague, and perhaps, presumptuous, it’s incredibly accurate. Simin Daneshvar didn’t just capture the essence of 1940s Iran, but rather, Iran throughout the 20th Century, and as we know it today.

In Savushun, Daneshvar brilliantly utilised the pre-Islamic legend of Siyavash, a hero celebrated in Ferdowsi’s Shahnameh (Iran’s national epic, composed over 1,000 years ago), and regarded as a symbol of innocence, as a metaphor for the state of the nation. In the Shahnameh, Siyavash rejects the advances of his wily stepmother, Sudabeh, who, enraged at his rejection of her, accuses him of defiling her, and causes the young hero to be subjected to trial by fire to prove his innocence. Despite emerging unscathed, Siyavash left Iran for Turan (the land of Iran’s bitter rivals), where he was then cruelly slain at the order Afrasiyab, the Turanian ruler and anti-hero of the Shahnameh. Siyavash’s fate was indeed a tragic and unjust one, and as such, inspired a national ceremony of mourning (the Soog-e-Siyavash, which was later synthesised and reconciled with Iranian Shia rituals), which the title of the novel refers to.

So, one may ask, what does all this have to do with Iran and Iranians today? Quite a bit, in fact. Like Siyavash, Iran today finds itself rejecting the demands and ultimatums made by foreign powers, at the risk of severe consequences. As well, as was the case with Siyavash, Iran has many difficult decisions to make. If on the one hand, it succumbs to these powers, it will consider its integrity to be at stake; conversely, if it continues to be adamant in its beliefs, it won’t be doing much to prevent foreign intervention. Nonetheless, Iran has pursued – as it has been doing for decades – the course of action that it has believed to be right and just. As well, like the Iran portrayed in the novel, the country is once again in a pitiful economic state, and its people, among myriad socio-political issues, remain divided, in addition to being, in a sense, ‘confused’ (to quote the Times) about their destinies. Bearing witness to the recent upheavals in the Middle East, many Iranians are wary and anxious about what tomorrow may bring, and to a degree, an ambience of ‘mourning’ may be said to be already present. Indeed, as with Ferdowsi’s hero, Iran is enduring yet another trial by fire, the outcome of which the world anxiously awaits.

Despite the tragic fall of the star-crossed Siyavash, in the mourning ceremonies attached to him, and other characters prominent in the Iranian psyche – such as Imam Hossein (the third Shia Imam who was martyred at Karbala) – one can (or in the case of Siyavash, could) witness, as Brian Spooner mentioned in the preface to the 1991 edition, ‘the transformation of hopelessness into salvation’, positively implying that all hope is not lost.

Though Daneshvar has physically departed, her message and words ring clearer and perhaps more poignantly than ever before. Truly, to read Savushun is to hold a mirror to Iran throughout the 20th Century, and in its current predicament. What would Daneshvar herself say of the current state of Iran, which in many ways has little changed since the tumultuous days of the 1940s? Perhaps the words of Ahmad Shamloo (1925 – 2000), the beloved Iranian poet, would come to mind:

These are strange times, my dear.

This article was originally published in REORIENT.