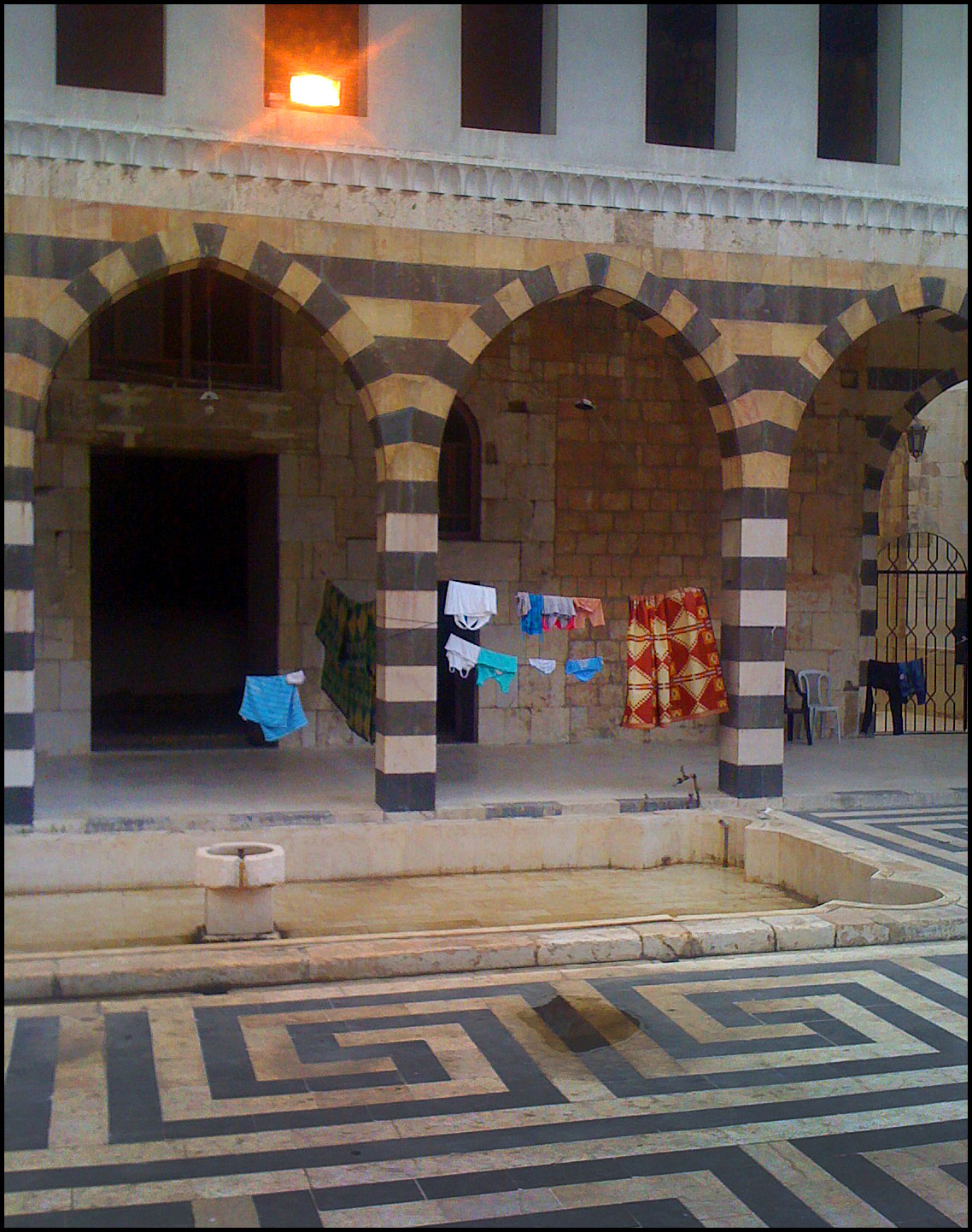 Syrian based photojournalist John Wreford provides another unique, personal reflection from inside Damascus.

The image of washing blowing in the breeze is as universal an image as you will find anywhere in the world, an image of the everyday, domesticity, perhaps an indication of the less well off or working class, a sign of daily life, of family, his overalls, the kids school uniform.

Syria is not so different, in the villages you see the colours flapping in the wind although not so much in the city, maybe on the roof or in the courtyard but more often than not hanging on the balcony hidden from view by a curtain, modesty dictates underwear is not supposed to be on public display. I am not sure why the subject gets my attention other than my natural inquisitiveness of the human condition, I like to photograph people, I like to understand how they live, for sure it’s not a fetish, the souk of al Hamadiyya would surely satisfy that with its gaudy penchant for titillation, risqué lingerie juxtaposed alongside hijab.

Wandering the streets of Damascus without my camera doesn’t stop my eye from being drawn to the subjects that interest me most: its people and their lives. They are going about their business as best they can, some would have us believe as normal, well for the most part shop and office are open and the streets are busy but we all know it’s not normal and that in fact it’s quite terrible, on a good day the sound of the traffic and its incessant honking will drown out the sound of the helicopter gunships or the shelling in the suburbs, the checkpoints tend to fade away in many places during the day, we all know terrorists only come out after dark, the devil though is said to be in the details and it’s the washing that catches my eye.

The balcony of a cheap hotel with long term guests, the courtyard of a mosque, a condemned building, hanging from office windows, signs of life or signs of life interrupted? A building under construction, it could of course just be the night watchman, at least it could if things were normal. I keep having to remind myself as to how things were before this tragedy, my path from the Old City to the modern part often takes me through souk al Haramia, the Thieves market. It’s a dirty mess of a place that was earmarked for regeneration, now the informal street sellers have taken over and the area has become an outdoor second-hand furniture market, the furniture sellers were there before but now they have expanded, where did all that furniture come from; the usual I am sure; house clearance, selling that old sofa for something a little more funky, who knows, but the rumour is that it’s all looted.

Over the road to Merjeh Square, the regeneration started here a while ago, once home to brothels and a bird market, who knows if it was two ministerial orders or one that signed off but they have almost all gone. The vegetable market was also cleared and much needed green space allocated, it was a valiant but failed attempt to clean up what was once a postcard image of Damascus. It was here that I passed the other evening, the streets quiet, the vendors at home, a makeshift cardboard camp of a checkpoint, a stranded cat on the roof of a chicken shop. But it was the washing that caught my attention, hanging from the fence around the much needed green space, dozens of families rolled up in blankets sleeping on a rare patch of parched grass, a sad enough sight without the rat that was nosing its way around Syria’s dispossessed, life continues in Damascus but a different kind of life, one interrupted.