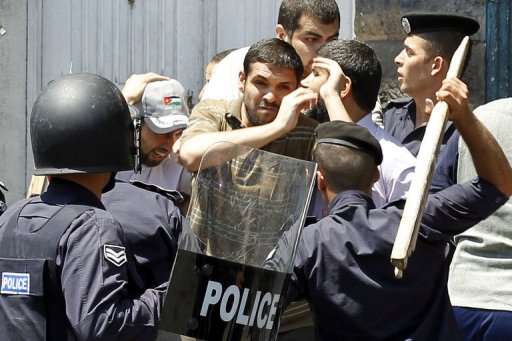 Thousands of Jordanians took to the streets on Friday to demonstrate against the lack of reform in the country. The Muslim Brotherhood remains a prominent oppositional force and was the main organiser of the event. We asked blogger Amani Al-Khatahtbeh about the situation.

Your Middle East: Abdullah dissolved parliament on Thursday and says the democratic process is on its way – are these empty words to you?

Amani Al-Khatahtbeh: A “democratic process” can’t be initiated by repeating the same old tactic of dissolving the parliament and repeating the process all over again. It needs to be a re-evaluation of that process itself, the political framework it upholds, and the representation of the people’s needs in its outcome. Abdullah has also promised reform over and over again as a way to diffuse the growing pressure felt by the monarchy – a way to cool the kettle before it overflows – but we’ve seen little done so far to carry out either of these promises. The Jordanian people are not dumb – they’re catching on and they’re not pleased.

YME: What do recent protests really mean? Will they give additional hope for reform and do you feel that the younger generation participated?

AA: Today’s protests are another step in Jordan’s 20-month long journey towards reform. I think the greatest purpose they have served is a reminder that the people have not forgotten about what they’ve been asking for. Many times, we see protests and demands get stalled by empty promises long enough for the people to forget what they were asking for in the first place. This is a message that we still want change and we will not allow ourselves to forget that.

The biggest problem facing Jordanian youth is their lack of organization. Because there is no solid leadership, it’s too easy for their passion and potential to get taken advantage of by parties for their own political interests.

YME: What is your sense of the vibe amongst young people? Is reform the only option for them?

AA: The youth don’t want to see Jordan fall into the same violence they’ve seen rupture its neighbours, so they place their trust in the government to follow through with their demands for the sake of the country. At the same time, they are definitely not satisfied with the way things are right now. They see reform as absolutely necessary to remedy the current condition of Jordan and to foster better lives and brighter futures for the Jordanian people. That’s all the youth really want – to be able to provide for their families, live long and healthy lives, and create a better world for their children and future generations.

YME: Do you think Islamists will be able to attract a large following among the young as they’ve done in other Arab countries?

AA: Jordanian youth are unique in the sense that they are expressing a growing discontent with political parties and their role in the country. They would much rather see candidates run in elections as individuals, and the youth would prefer voting for ideas and changes rather than specific party platforms.