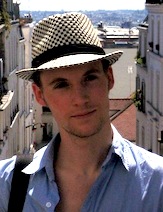 An increasingly weighty factor in Western deliberations on a possible military intervention in Syria is the shadowy jihadist group Jabhat an-Nusrah li-Ahl ash-Sham (“Front for the Protection of the People of the Levant”), which first entered the spotlight in late January and now claimed responsibility for the bombings in Aleppo on Wednesday 3 October. Including these last attacks, the terror group has taken credit for 26 out of 33 suicide attacks in Syria since December 2011, according to the Long War Journal.

In a less and less traceable number of cases it has used bombs, suicide bombings and hit-and-run assassinations using firearms to conduct highly destructive attacks in major Syrian cities and against well-protected military facilities and assets. Beyond that, the group also has claimed responsibility for summary executions. Overall, the pace, sophistication and lethality of its attacks has been growing rapidly and it has proven capable of staging highly complex massive-casualty attacks with only little organisation time.

Its tactics are clearly reminiscent of al-Qaeda methods and idem goes for the group’s ideology. While the group’s claimed mission is to protect the Syrian civilian population against pro-government forces and to overthrow the al-Assad government, its sectarian thinking and takfiri ideology are clearly discernible in several statements released. This fundamentalist ideology goes beyond the mere contempt for religions other than Sunni Islam but even regards major aspects of mainstream Sunni religion as against the ways of the prophet and responds to this ‘deviation’ with militancy.

Clearly, an-Nusrah is the new Syrian branch of al-Qaeda, even though both remain silent about their links. Ironically enough, its presence in Syria and struggle against Assad bolsters the latter’s propaganda effort as he endeavours to portray the Syrian opposition as terrorists and radical Islamists. But then, al-Qaeda’s objective in the Levant never has been to bolster the Syrian opposition. Quite to the contrary, it has pursued its own agenda of gaining the trust of the Syrian people and radicalising moderate Muslims, all in view of eventually establishing an Islamic caliphate. To suit this objective, an-Nusrah visibly has made an effort to rule out civilian casualties – at least in most attacks it has claimed responsibility for. We can be sure that behind this façade the group is doing its utmost to drive sectarianism in Syria and the wider region.

The bottom line is that there is a growing al-Qaeda presence inside Syria, working alongside other Islamist groups to overthrow the Assad regime and establish an Islamic caliphate in the region. A vital part of their strategy is to foster radical Islam in the region and make the civilian population join their cause.

The inconvenient truth is that the battle for Syria is not a struggle of good against bad. On the anti-Assad side there are several competing forces, and among them are the Syrian opposition as well as al-Qaeda. The jihadists certainly never will form a majority; all through the uprising the Syrian people have shown a remarkable resilience to sectarian rhetoric. But they will gain ground the longer the crisis endures.