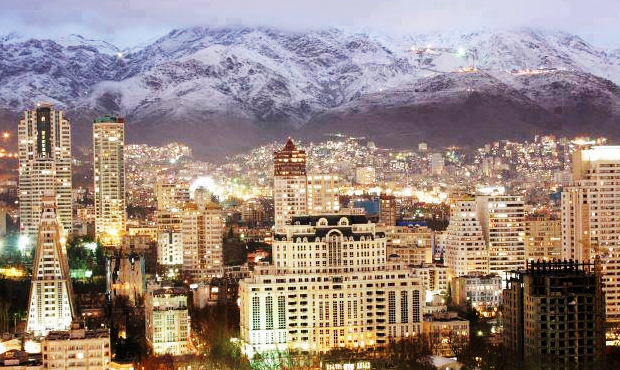 Grace Nicholls has traveled from Iran’s Persian Gulf coast to its mountainous northeast and discovered a country far away from the Western conception of fanatical clerics and nuclear plants.

Straddling the choked sea-lanes between the Persian Gulf and the Arabian Sea lies the island of Qeshm. Located in the midst of international headlines in the disputed waters of the Strait of Hormoz, Qeshm appears blissfully unaware of its predicament at the centre of Tehran’s foreign policy manoeuvring. The island has the air of a holiday retreat, fast becoming a playground for domestic tourists and shoppers whilst still holding onto its traditional seafaring roots.

The island is a free trade zone but the commercial hedonism is thankfully confined to Qeshm town. Beyond the lure of cut-rate Rolex Qeshm is a barren moonscape of craters and windblown outcrops. The desolate beauty is interrupted by mangrove forests and salt caves dotting its shores. The Bandaris, literally “port people”, the minority group who populate the coastal regions of Iran live in small fishing communities along Qeshm’s 360 kilometres of coastline.

Our taxi deposited us in the fishing village of Laft. The tide was low and the skeletal bodies of wooden boats lay beached on the sand baking under the midday sun. It was forty degrees centigrade. The alleyways were deserted. I watched the taxi become a speck on the lunar horizon and wondered why I had left the air conditioned bazaars behind. An hour passed and my skin felt like it was cooking under my many layers of clothing.

A man appeared from an adobe home and motioned for us to come inside. We were revived by plates of grilled fish and fluffy rice. It was the first of many experiences of overwhelming Iranian hospitality. The women watched us from behind their striking metallic facemasks, resplendent in their flamboyant Bandari dress. Their clothing was more reminiscent of the multi-coloured shalwaar kameez worn in neighbouring Oman than the traditional black chador covering seen throughout Iran. Only 60km away from Oman and over 1,000km from Tehran, Qeshm appeared to have more in common with its Arab Gulf cousins than mainland Iran.

As the air cooled we made our farewells to giggles at our broken Farsi. From the Persian Gulf our route zigzagged North towards Tehran taking in the great cities of Iran’s legendary history: Shiraz, Yazd and Esfahan. The architecture dripped with the opulence of bygone empires, the ancient infrastructure remaining integral to the lifeblood of these cities. The cavernous bazaars of Esfahan pulsated with the throng of merchants and customers. Families picnicked in palatial gardens amongst the roses that may have inspired Persia’s great poets.

The capital was rather less romantic but no less beguiling. The city’s gritty flavour was addictive. We’d planned to pass through quickly but it held us captive for a few more days. After haggling with the hotel manager we wandered into the Tehrani night. Scooters zipped down both lanes of traffic adding to the smog cloud that hovers over the city at all times. At first the capital seemed hostile and overwhelming to the clueless tourist but after some exploration the concrete jungle yielded to reveal its intimate sanctuaries.

Tehran is a labyrinth of secret portals that allow for a little escapism. The Armenian Club Restaurant is one of Tehran’s most clandestine institutions. Stuck in a time warp of pre-revolution Iran, the decor exudes the faded glamour of the Shah’s era. Behind an unassuming door lies a refuge for guilty pleasures. The Christian establishment allows the consumption of alcohol and women dine without hijab. Glitzy Armenian ladies swan in through the front door, removing their headscarves and coats to reveal a little black number. A leggy woman serenades the punters with cheesy ballads from the 1950s.

Another such elusive hideaway was the beauty parlour. Wanting to groom myself to Tehrani standards, I followed cryptic signs to an apartment and eventually arrived at a door that resembled the portal of a high-security safe. I stood on the threshold of the inner sanctum of the Iranian female sphere. No men were allowed within its walls. I pressed the buzzer and the door clicked open. Inside, a woman whipped off my scarf, I was still overdressed in baggy jeans and my compulsory trench coat amongst a sea of exposed flesh. I was placed in a chair where a woman began frantically plucking at my eyebrows. It felt slightly mischievous being part of the intimate camaraderie amongst these Persian beauties. I re-emerged an hour later doused in all manner of products and grinning about my daring escapade.

Leaving the cacophony and glamour of Tehran behind I followed the Alborz mountain range eastwards. It is easy to see why some believe that Iran’s northeastern corner may have been the original Garden of Eden. Fields of rice-paddies and tea plantations stretch across the steppe, the Caspian Sea villages balance precariously above marshes on stilts. The plains suddenly end at the base of mountains that climb up into snowy peaks.

Tucked away in the Alborz is the village of Masouleh, a popular retreat amongst Iranian tourists fleeing the city heat during the summer months. On arrival the mud brick buildings were almost entirely obscured by dense mist. Homes are stacked like Jenga one on top of the other so that the roof of one building forms the walkway for the homes above. I felt I had found a little piece of heaven as the fog whirled around my ankles and I couldn’t see the ground beneath. The Iran of Western imagination, of fanatical clerics and nuclear plans certainly seemed very far away.