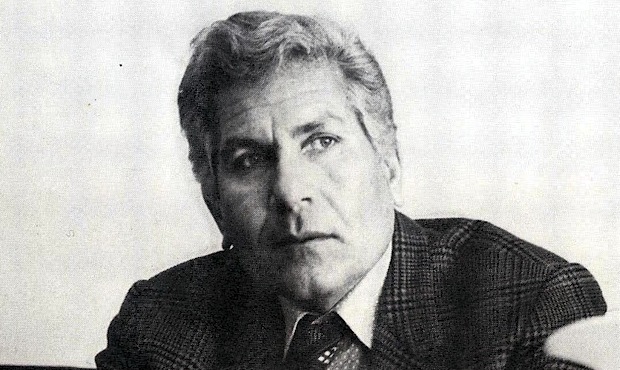 Yusuf Idris, Egypt’s great playwright and genius of the short story, was himself a complex character. Much has been written about his moods and politics. In I Saw Ramallah, Palestinian poet Mourid Barghouti wrote of a courageous Idris:

We walked silently in the form of a funeral from Cafe Riche in Sulayman Pasha Street to the Journalists’ Syndicate in ‘Abd al-Khaliq Sarwat Street, and there the security forces were waiting for us. They took Yusuf Idris inside and we waited for him in the Syndicate’s garden. The officer asked Yusuf Idris one specific question: “Did you have Palestinians with you in that march?”

But this is not the end of the anecdote. Barghouti repeated the story to Egyptian novelist Latifa al-Zayyat, who said: “That’s Yusuf. He strikes a heroic posture, then stays confused and nervous and afraid, until he does its opposite. You were lucky.”

Lebanese novelist Elias Khoury said, at a recent talk at the American University in Cairo, that the first time he met Yusuf Idris, Khoury was very young. Khoury just sat goggling at the great Egyptian author.

“And after one hour, he was bothered with this. He told me, ‘Why you are looking at me all the time?’ I told him, ‘Not only are you a great writer, but you look like a great writer.’

Khoury added that not all great writers look the part.

“And he replied to me with this very beautiful story,” Khoury said. “He told me, ‘No, my friend. The great writer is someone who becomes like the author of the stories of Goha. … When someone is really a great writer, you disappear.’ So when you see that I’ve disappeared, then you’ll really know that I’m a great writer.”

Surely, Idris must have believed this. But just as surely, when the Nobel Prize for Literature went to fellow Egyptian author Naguib Mahfouz in 1988, assuring Mahfouz’s continued high visibility, Idris plunged into a terrible depression.

Idris’s writing is also marked by his ups and downs. He said of his own writing that “my struggle with myself is the worst one I have; it’s a struggle with my own inner, animal self…I try to get close to this inner ‘me’ and write from the inside. Thus, I can say that development in writing does not come about one day through the dissemination of some specific (intellectual) school of thought…. Development in writing will only occur as the consequence of this struggle with oneself” (trans. Roger Allen)

Idris’s struggles with himself left a strong mark on Arabic letters. He was the “leading exponent of the short story in the Arab world,” according to pioneer translator Denys Johnson-Davies, and “the renovator and genius of the short story” in the words of playwright Tawfiq al-Hakim.

All 35 of Mahfouz’s novels, although not all equally interesting, have been translated into English. Meanwhile, many of Yusuf Idris’s works have not been translated. This fall, AUC Press brought out three of Idris’s novellas, “Madam Vienna” (1959), “New York 80” (1980) and “The Secret of His Power” (1958) under the title Tales of Encounter.

The three novellas are all enjoyable, briskly and sharply translated by Rasheed El-Enany, full of clear sentences, crisp dialogue, and interesting narrative technique. All three novels take the “encounter” between Egyptians and the West as their theme, to both humorous and serious consequence.

“Madam Vienna” is the most formally straightforward of the stories, and takes a common subject – sexual relations between “Eastern” (Egyptian) male and “Western” (Austrian) woman – and refreshes it by making neither of them, ultimately, that interested in the other. But what gives the story life is a strong undertow of mischief that pops and crackles under the sentences, this sense that Idris is both seduced by and resisting his characters.

This is also at work in “The Secret of His Power,” the only one of the novellas that takes place in Egypt. It is mostly told by an Egyptian, but also includes a long letter written by a Frenchman who was being drawn into the lives of Egyptians. “We conquered these people with our superiority, our guns, our brass music, our printing press, our chemistry—but where can we get their miraculous ability to turn into one mass, to love and survive?”

In this novella, Idris is profoundly patriotic, and yet the mischief remains underneath the sentences, this prickly sense of having fun, of saying more than one thing at once, of being ready at any moment to turn on the reader.

“New York 80” is much different stylistically, half-theater and half-narrative. Its characters are half-archetypal and half-specific, and the story is both over-the-top and realist. It is fun and serious, philosophical and banal. Idris sometimes, here as elsewhere, over-explains his point, underlining it, driving the reader into an interpretive corner. But throughout, his sentences are so bright — joyfully translated by El-Enany — that it is a pleasure to ride along.

Idris was one of the four on the Arab “shortlist” for the 1988 literature Nobel, but was left without the international acclaim. He was too-little translated into French and English, Johnson-Davies wrote in his memoir, Memories of Translation. Idris also primarily worked his magic in short stories, not the novels generally favored by the Swedish Academy.

Nonetheless, Idris’s characters continue to roam the world. They continue to wink at you, doing one thing and its opposite, loving and surviving.