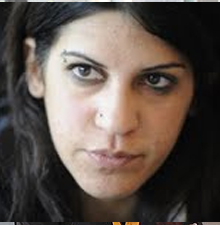 During the past week, and more specifically on October the 23rd, 2012, Tunisians were supposed to “celebrate” the one-year anniversary of the first, so called, democratic and transparent elections of the country. But a year later, the heart was not there. Despite the efforts of the parties in power, especially ‘Ennahda’ Islamist party, to present the day as a celebration, there were few flies in the ointment.

Divide and Reign: Outside the Constituent Assembly Two Tunisia

To start with, in Bardo, many of the Constituent Assembly opposition members boycotted the celebration, which was marked by the discourses of the Troika coalition leaders namely Moncef Marzouki, Mustapha Ben Jaafar and Hamadi Jebali. Meanwhile outside the Constituent Assembly premises, two crowds were facing each other, exchanging insults and accusations. These were on the one hand the supporters of the government, mainly represented by the committees of the protection of the revolution, said to be involved in the murder of Lotfi Ngadh, a militant of the political party led by Beji Caid Essebssi  ‘Nida Tounes” (Tunisia’s Call) one week ago. On the other hand the opponents of the transitional government. They were chanting slogans claiming the end of the legitimacy of the Constituent Assembly, as well as that of the transitional government as the latter was supposed to draft the constitution in exactly one year. The scene was so gloomy and obscure. Tunisians who united to overthrow the dictator are now divided, and are insulting each other as if they were long time enemies. This division is nothing but one of the major achievements of the government in place, a part in the framework of “divide and rule” policy.

A few kilometers away, on Habib Bourguiba Avenue, the situation was not happier. The security forces and the soldiers, deployed two days ago in a maneuver to stop and oppress any attempts to protest against the transitional government, were occupying the major avenue of the capital, as well as all neighboring backstreets. They were on their guard. We could easily feel the conflicting feelings of Tunisians by simply looking at their faces. Despite a glimmer of hope, one could easily identify the fear, anxiety, worry, sadness, despair, doubt and uneasiness that mirrored people’s sentiments.

One day earlier, the Avenue was much happier when about 3,000 persons from different political parties of the opposition, as well as independents, took to the same street in a demonstration to denounce and condemn violence.

Outside the Capital: The grapes of Wrath

Following the footsteps of regions such as Thala, Kasserine, Menzel Bouzayene, Al Omrane and Al Hencha, it was the inhabitants of Gabes turn to announce their rebellion against the transitional government.

Four hundred kilometers south, the situation was even gloomier, bleaker, and darker than it was in the capital. Indeed, the inhabitants of Gabes had to deal with the curfew imposed on them, as well as the continuing clashes between the security forces and groups of angry and revolted young people claiming equality and the right to a decent life. It all started a few days ago. Unhappy with the results of the recruitment by a public company people started to protest and cast doubt on the impartiality and transparency of the results. According to them, only the Islamist party supporters and Rashed Ghannoushi’s clan members could have been recruited. They denounced the fact that all recruits are originating from Ghannoush, ‘Ennahda’ leader Rashed Ghannoushi’s birthplace.

The security forces deployed to stop this protest movement have been loyal to their barbarian practices, thus brutally and arbitrarily throwing tear gas on houses and on people on the streets. They injured several persons, but have also killed many of the sheep reserved to be slaughtered on Eid al-Adha.

To top this day, Soumaya Ghannoushi, Rashed Ghannoushi’s daughter, wrote a horrible piece entitled “I wish that in each election you’ll be miserable, desperate and disappointed” in which she addressed insults and threats against all people who dared to criticize the performance of the transitional government.

It is pretty clear that Tunisia is on the right track towards a new dictatorship.