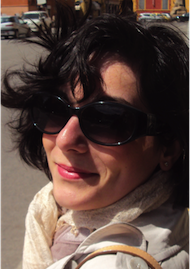 With just a few months from January’s parliamentary elections in Jordan, the kingdom’s citizens took to the streets of Amman this month demanding reforms and tangible democratic changes. In fact, after the Arab Uprising, a growing number of frustrated Jordanians are questioning the political strategies of the monarchy and the protests became a reminder of their rising call for change.

Jordan, alongside neighbouring countries, still needs to adjust and redefine itself after the Arab Spring stormed the MENA region. However, it must be remembered that the Jordanian elite survived due to a resilient monarchy based on a rentier system, a relatively cohesive national narrative and the prompt reaction of King Abdullah II who promised change and a political reshuffle to sooth internal turmoil.

As in the past, Jordan’s stability has often been the sum of policies concocted by the monarchy to maintain the status quo through its bureaucracy and leadership. This strategy worked through the turbulent first years of the kingdom, the civil war of 1970, various economic crises and it also survived the passage of power from King Hussein to Abdullah II. However, after the Arab Uprisings Jordan’s internal dynamics shifted and the call for change ahead of the 2013 elections stresses the need to re-evaluate the effectiveness of the monarchy’s old tricks to solve contemporary problems.

One of these ‘old tricks’, adopted with success by the Hashemites, is the manipulation of electoral events to stabilise and reshuffle the political cards of the national scenario and defuse turmoil, get rid of opponents and soothe contrasting internal elements. For example, elections have been part of the Hashemite strategy to force ahead a Jordanian identity, and thus reinforce their legitimacy and national unity, and control the Palestinian forces within the country that, due to their sensitive number, could have put the survival of the state at risk.

At the beginning of King Hussein’s reign, in the 1950-1960s, elections were used to contrast rising foreign and local forms of nationalism. One example was keeping at bay Egyptian and Palestinian forces during the 1967 general elections. In addition, in 1989, elections were called upon after riots stormed the country and were accompanied by the reinstatement of a plural party system. The electoral system became, once again, a political tool for the king in 1993 when he introduced his famous populistic ‘One vote’ campaign or SNTV (single non-transferable vote system), which then was a response to the popular mistrust against politicians. This was promoted as an improvement towards a clearer and more democratic electoral process, but instead it was a step backwards because it reinforced the chances to be elected according to the influence of the candidate’s tribal clan of allegiance, as well as maintaining the monarchic control over heterogeneous forces.

This top down manipulation of the electoral events, as a way to secure the control of the monarchy on the state, continued also with Hussein’s successor, who in 2009 replaced the one vote policy with a district based candidature system that, yet again, maintained a general form of control by the monarchy over the outcome of the electoral process. Additionally, the 2010 elections held by the king, after dissolving the parliament elected back in 2007, became another instrument of stabilisation to sooth eventual uprisings.

Therefore, in all the cases analysed above, the political aims were to reinforce the monarchy’s grip on political affairs using elections to sooth tensions and fractions and to avoid diverging forces to take over, while at the same time giving the impression to the citizens that reforms and changes were conceded as promised. Until 2010 the Hashemite monarchy had an ability to sound convincing when promising reforms through elections. For over six decades the Hashemites even deployed real ‘PR campaigns’ to sustain the transparency, the benefits and government efforts invested in the elections, when in reality it was a carefully created narrative stuffed with family and tribal features to reinforce kinship and loyalty to the king.

Jordan has been a strong monarchy pervaded by tribal dynamics, where the king had the power to appoint and dismiss the prime minister and to dissolve the parliament. The elite still relies on the support of backbone groups such as the army, the Bedouins and monarchic loyalist parties and the support of a rentier economy, as it has been since the establishment of the country. But is this Jordanian strategy still a valid political tool to guarantee stability and elites’ governance? In fact after the Arab Uprisings this attitude seems less fruitful and Jordanians’ call for electoral reform for 2013 mark a divergence from the previous success of the Hashemite political model.

This is testified not only by a growing number of popular protests but also by the evolution of two interdependent internal factors. From one hand, King Abdullah II applied a more liberal economic approach, even though at the political level there was a great degree of continuity with his predecessor’s attitude. Consequently these new economic-driven political strategies absorbed new businessmen into politics to improve the economic development in the country, however, with unexpected outcomes. Many of these businessmen turned politicians benefitted from Western educations and were less traditionally minded, backing liberal requests and the demands for reforms, thus challenging the resilience of the monarchy.

This quest for more democratic and inclusive elections is a call from a widening public that must be addressed in a clear and proactive way. The electoral system is not just a tool of top-down influence, but also the tool of bottom-up demands. Therefore, there is now a need for the monarchy to apply real changes and deliver democratic and more inclusive elections. A more inclusive political strategy should reflect a more inclusive electoral system that broadens the political participation of opposition and marginalised groups (such as the Muslim Brotherhood, Palestinians and women groups) that have raised their voices for increased participation inspired by the post uprising results of their counterparts in the MENA region.

Although the Arab Uprising did not blow up the Hashemite monarchy there are, for the first time, signs of deep inadequacy within some of its old policies for a Jordan of the 21st century. Popular frustration has been stirred by temporary laws on electoral reforms, the monarchy’s power to arbitrary reshuffle results and dissolve the parliament, and the lack of transparent, clear and inclusive opportunities for the candidates to run the electoral campaigns.

However, the monarchy is not a wrong system of government per se, and the Hashemites have successfully led the nation through difficult times. Yet, at the turn of the century, and especially after the uprisings in the region, even this monarchy needs modernisation. The strategy of the traditional top-down pyramid of power that conceded small benefits to sooth turmoil needs some urgent review.

This change seems under way. In fact following the protests over the 2013 elections the king made public he will introduce a new concession. Now, it seems people will be allowed to vote for the parliament that in turn will appoint the Prime Minister, instead of being appointed by the king as it has been done up until today. By beginning to address the democratic demands the monarchy is taking a step in the right direction.

The historical manipulation of electoral events has been an old tool for the monarchy used to influence internal dynamics and sooth unrest. However, it seems that after the Arab Spring Jordanians are tired of promises and instead demand tangible amendments. Jordan is now a country in a unique position: it is both Western-friendly and involved with regional dynamics; it has been touched by the Arab uprising and benefitted from its spirit but at the same time avoided crumbling at it; and it has traditional elements as well modern business-driven objectives.

All these multiple aspects can benefit Jordan, compared to its regional neighbours, but the country is at a sensible crossroad where its leadership must decide which direction to go, and the first challenge will be January’s elections. Either Jordan will recur to ‘old tricks’ and simply apply cosmetic alterations, or it can really grab the chance to embrace substantial changes and build a more fruitful relationship between the top and the bottom of its social pyramid.