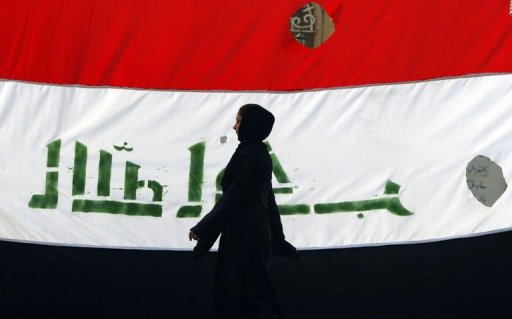 Decades of violence in Iraq have taken their toll on the country and its citizens, leading many to do things out of necessity for survival that otherwise would never be an option.

For some men this means joining militant groups because they pay when there is no other work to be found, while women may have to turn to prostitution to help support their families.

But for most women, the threat of violence on the streets has made them prisoners in their own homes, with little contact outside of their families. The religious and tribal norms make it very difficult to talk about, much less get help for, the depression many of them now suffer. As a consequence, drugs have become an underground escape.

Areej Mohan is a 33-year-old housewife. Although married for five years, she has no children and finds herself alone most of the time. Her husband doesn’t allow her much time with family and friends, and the feelings of loneliness and forced solitude have led to depression, and about a year ago, drug addiction. The advice of her family is to stay in the marriage, as divorce still brings tribal and societal shame to families there.

Areej started using drugs when a friend who was also having trouble at home began using them to ease the stress, and advised her to do the same.

“I started taking the pills, but after a few months, my husband started to notice strange behavior from me, and wanted to know what was wrong,” she says. “But I refused to tell him what I was doing, and he beat me.”

Thinking she had an illness, he sent her to a doctor, who told him her behavior was the result of drug use. He put further restrictions on Areej’s time outside of the house, trying to prevent her access to more drugs. However, when he was away for long periods of time she would still find a way to get to her friends and continue taking the pills.

Areej now says that she is trying to break the addiction and get healthy, but that it is hard to do as the causes of the addiction have not changed. She still feels very lonely, like it is just her and four walls.

19-year-old Baghdad University student Hajer Raheem’s drug addiction started a year and a half ago, when she was still in high school. She says it is becoming common among Iraqi girls, as they have to stay out of the public so much. The socializing that would normally relieve stress in their lives is not only unavailable as an option, but could also be dangerous.

In the past two years, Hajer lost her father and brother in separate terrorist attacks.

“My life is school and home, maybe a few friends, but nothing more,” she says. “Since I was a kid, there has been nothing but killing and terrorist action around me.”

Hajer’s mother is now the sole support for her and her three sisters. She says that since terrorism has taken her family members, drugs are the only way to forget her sorrow. When she and her friends are able to see each other, they smoke hashish and talk.

She says that people seem to think all the weight and troubles are on the men’s shoulders, but that the women are carrying that too.

“We share those men’s lives, and we take on more responsibilities and suffering than they do.”

Um Zaydon is a well-known dealer in some Baghdad districts, and has access to a wide variety of drugs. Because of a system of drug imports from Iran, she is also well protected by police and politicians. But when asked about this, she quickly changes the subject. Her business involves only women, selling and buying, and she says that the use is becoming more common and widespread.

“I have several hundred clients, and it is growing. I do it to help them have some happiness out of all the rough times they are going through.”

Dr. Mushtaq Talib, the director of an anti-drug program in the health ministry, says there is no reliable figure for the number of women with drug addictions, saying that due to tribal customs and traditions, it is hard to get an accurate number.

“The families often don’t report it, because they believe it will bring shame and dishonor to their families and tribes,” she says. “But some women are starting to come forward, and are seeking help.”

“My whole life, I’ve been raised to be careful about terrorists,” says Hajer. “It has threatened me since I was a child. I believe I am going to die from a terrorist attack one day. I would rather be high when it happens, so I won’t have to feel it.”

Nizar Latif contributed to this report from Baghdad