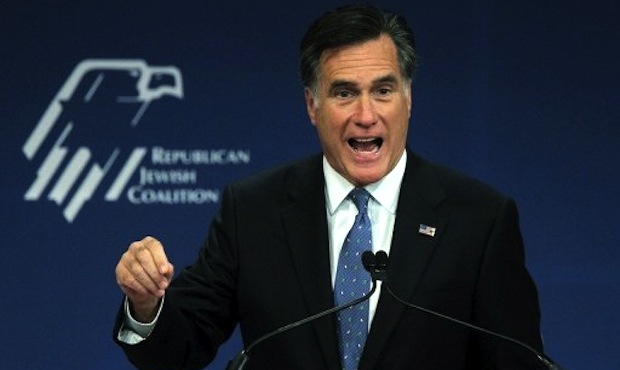 Scholars and experts say his foreign policy would be a “catastrophe” for the region but also hint that Romney the candidate and Romney the president may not be one and the same.

As the United States presidential election nears, former Massachusetts Governor Mitt Romney has made headlines seeking to differentiate his political platform from that of President Barack Obama. Romney cited cultural differences as a reason for the economic disparity between Israelis and Palestinians, and more recently, in the unearthed Mother Jones viral video, admitted a futility in Middle East peace efforts, which has led Middle East academics and policy experts to question the pernicious effects that a Romney presidency may have on the relations between America and the Arab world.

“The few comments he’s made have been outrageous — offensive, ignorant and pandering so some group out there that he thinks will vote for him if he makes these outrageous comments,” Rami Khouri, Director of the Issam Fares Institute for Public Policy and International Affairs at the American University of Beirut and editor-at-large of the Beirut-based Daily Star newspaper, said in an interview with Your Middle East. “It’s racist.”

Co-CEO of the Israel/Palestine Center for Research and Information Dan Goldenblatt said that a Romney presidency would “mean catastrophe” for the Middle East. Romney lacks the “sensitivity and finesse” that the region needs to mediate both sides of the Arab-Israeli conflict, according to Goldenblatt.

Romney’s strong positioning is likely a result of efforts to appeal to a certain political base, and would change if elected president, according to Rami Khouri, who also serves as a senior fellow at Harvard University’s Middle East Initiative.

“We don’t know much about his viewpoints at all,” Khouri said. “And what we do know means he is extremely caught up in the neocon, sort of Israeli perspective.”

Romney is using the Middle East as a way to “portray himself as a national security hawk” on the campaign, Boston University’s Charles Dunbar said in an interview with Your Middle East. Dunbar previously served as Ambassador to Qatar and Yemen, and acted as United Nations Secretary-General Kofi Annan’s special representative in the late 1990s, organizing a referendum in Western Sahara.

“He has also argued that as a former businessman with global interests, he will be able to serve U.S. international interests better than the President, who lacks business experience, has been able to do,” Dunbar said.

As a candidate, many of Romney’s comments are likely attempts to appeal to a certain group of voters and may not fully represent his views, according to Khouri.

“You would never take any statement about the Middle East from any candidate seriously,” Khouri said. “It’s political pandering, but it’s quite embarrassing…Candidates work in an irrational environment; we have to take that with a grain of salt.”

Khouri said Romney’s current foreign policy advisors —whom he described as “neocon bulldozers” — were partially to blame for Romney’s misinformation and recent statements.

“These guys would make a catastrophe of the Middle East,” he said.

Romney advisor Dan Senor — known for his neoconservative and staunch pro-Israeli beliefs — has garnered particular scrutiny as having an undue and negative influence on Romney’s foreign policy stances.

“I think and hope that definitely American voters have seen what neoconservatism has done to them,” Goldenblatt said. “I hope it will cordially usher anyone who courts that ideology into the waste bin of history. We don’t need neoconservatism in the world.”

Romney’s personal friendship with Israeli Prime Minister Benjamin Netanyahu could also cloud his judgment on Middle East policy if elected, according to policy experts. Romney and Netanyahu met in 1976 as corporate advisors for the Boston Consulting Group, and Romney has since turned to Netanyahu for advice on how to tackle problems in the Arab world.

While an already-established bond with a world leader would normally be an asset for policy makers, Romney’s relationship with Netanyahu will become a “hindrance” if he does not develop similar relationships with Arab leaders, according to Khouri.

Although the American administrations have historically tended to outsource foreign policy to Israel, Netanyahu’s influence is particularly toxic for Romney’s stances, Goldenblatt said.

“Mr. Netanyahu’s ideas about the region are extremely pessimistic, fear-driven and show a very limited and unflexible and fixed understanding of the culture of this region which leads to a policy or trying to implement policies that maintain Israel as a Western enclave in the Middle East,” Goldenblatt said. “In my opinion this guarantees a continued conflict of varying levels of escalation forever. The only way we can start talking about a resolution to a conflict is if Israeli leaders see themselves as part of the Middle East.

Romney lacks definitive foreign policy experience, which is not a “disqualifier” in the presidential race,” Dunbar said.

“If you’re an intelligent person you pick good advisors,” he said. “These are not complicated issues – having equal rights, enforcing UN resolutions are not complex issues. All you need is moral courage. You don’t have to be an expert on the Middle East.”

Academics and policy experts agreed that Obama’s foreign policy practices have been mixed with both success and misjudgment.

“President Obama acknowledged one of the most significant developments in the region in years when he talked about how the Libyans took on extremists in Benghazi,” Nasser Weddady, Director of Civil Rights Outreach for the American Islamic Congress, said in a statement to Your Middle East. “The sight of thousands upon thousands of people protesting against radicals, then driving them out of a Muslim city is truly a novel one. He was right to acknowledge it, because it is a historical development so many wanted to see since 9/11.”

Khouri described Obama’s Middle East policy as a “disappointment,” remarking that his strong stance in Libya was an exception to an otherwise ambivalent policy that is occasionally marked by concise and trenchant rhetoric.

Romney’s ability to enact positive change in the Middle East will “depend almost entirely on what he does, rather than what he has been saying during the campaign,” Dunbar said, noting that his remarks about Palestinians have already damaged his reputation abroad and “will make him no friends in the Arab world, either with the old authoritarians or the new democratic leaders” if he is elected president.

Although many are frustrated by Obama’s inability to achieve many of his foreign policy campaign promises, Goldenblatt said there was an “expectation” that Obama will win reelection in November and use his second and final term as president to work to solve the Arab-Israeli conflict.

“Everyone is waiting for the 6th of November, and a month or two after, to see if in a second term early on President Obama will use the power that he undoubtedly has to get everyone around the table,” Goldenblatt said.

The Romney campaign did not respond to requests for comments.

The views expressed in this article do not necessarily reflect those of Your Middle East.