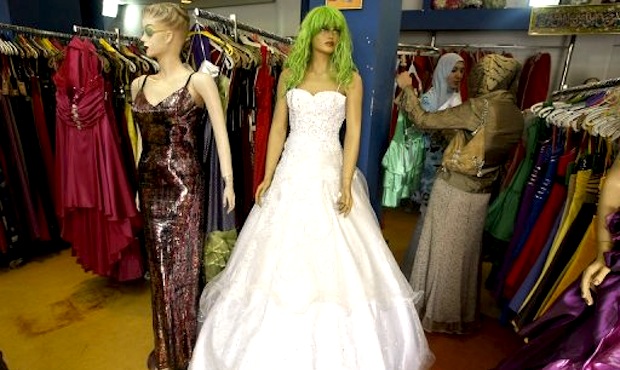 One of the most surprising developments in Iraq in the past few years is not the spread of al-Qaeda, the stagnant economy or the power struggles with neighboring countries. It’s Viagra. And it’s everywhere.

Unlike other drugs, which are available but kept under wraps in Baghdad, Viagra – both authentic and pirated versions of the drug, which treats erectile dysfunction – is sold freely in the streets, along with accompanying sex toys. It is making dealers a lot of money; some have abandoned their other products to focus solely on this market.

In a country that is secular, but whose rights are often still dominated by religious sects, the openness to sexual drugs and devices is a relatively recent turn. But the popularity of Viagra has also grown out of necessity.

The war has left the country with tens of thousands of widows, and more men are taking multiple wives, something recently improving wages in certain industries in Iraq is making more feasible.

Military officer Ali Bashir says that the soldiers are some of the biggest buyers of the drug.

“I have many colleagues in my unit and different units around Baghdad who have married two or three wives,” he says. “Military officers are paid well, and besides nowadays in Iraq single women and widows are the majority. Surely, it’s better for them to be married.”

Hashim Hameed works at a southern Iraqi oil company and says that good salaries and improved work conditions have encouraged many Iraqis to remarry. Hashim married a new wife after ten years with his first, and says he needs the help.

“I have to provide attention to both wives, and must show them both a lot of caring and love in the same way,” he says. “But I’m 45 and need the extra energy to push me. I’ve become a very well-known customer!”

However, while there are many happy consumers, doctors are concerned. About 80% of the country’s pharmaceuticals are brought in from India, and there is no method of testing the authenticity and safety of the drugs.

Dr. Sajid Khadam says he has come across multiple cases of high blood pressure and heart attacks amongst regular users, and warns against taking the drugs, as they may not be real Viagra but copies manufactured by companies that are not trustworthy.

“These companies understand that Iraq has security problems and they take advantage of that, and spread these drugs all over the country,” he says. “They make Iraqi men their test subjects.”

But despite the warnings, men continue to come from miles away to buy it.

Suhail al-Hasani, a vendor at the popular Baghdad market Bab al-Sharqi, has been nicknamed “the king” by the other vendors, because he has customers from as far away as Basrah in the south, and Mosul in the north.

Suhail says selling Viagra has changed his life. Before, he had no money and had to live with his family. Now he not only has a home, he just bought a 2010 Jeep.

“I have many special customers,” he says, “and I am making a lot of money.  I’m buying all the expensive things I can.”

“We’re losing many men in terror attacks, and there are a lot of widows left behind,” says Ali, who is 26 and unmarried. “So I promised myself I’d marry a widow.”

Nizar Latif contributed to this report from Baghdad.