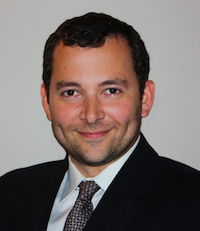 The recent flare up of violence between Israel and Hamas has highlighted three specific game changers from wars past.

The first is that there is no longer any part of Israel that is guaranteed to be immune from war. The second is that what happens in Israel now affects Jewish communities around the world. The third is that Israel’s peace with Egypt has been stripped down to the bare minimum. All three of these changes have been long in the making, and have now been cemented during this most recent flare up of violence, dubbed Operation Pillar of Defense by the Israelis.

Israel’s lack of strategic depth has never been a secret – without the West Bank, it is a mere nine miles wide at its narrowest point. Yet for much of its history, the majority of Israel’s population remained shielded from wars because the Jewish state quickly took the fight to its enemies and pushed the battlefield away from its population centers. That veracity first showed signs of wear back in the 1991 Gulf War, when over 40 Iraqi scud missiles were fired at Israel, and namely the Tel Aviv area known as Gush Dan, forcing millions of its citizens to hunker down in sealed rooms and don gas masks.

In Israel’s 2006 war with Hezbollah in Lebanon, its strategic depth was peeled away even further, as thousands of rockets were fired at the northern part of the country, including its strategic port city of Haifa. Soon after Israel’s withdrawal from the Gaza Strip in 2005, rockets started flying out of that territory as well. Within a few short years, much of Israel’s south was under threat of attack. Even following Israel’s Operation Cast Lead in 2008/2009 to curb Palestinian rocket attacks, over one million Israelis remained vulnerable to the threat itself. And now, by the time Israel decided to try and put an end to the incessant firing on its communities and regain its deterrence, nearly 1000 rockets and mortars had been fired at it by November of 2012.

The firing of rockets towards Tel Aviv and Jerusalem demonstrated a harsh new reality for the Jewish state: in the case of war, there is no longer a part of Israel that is safe from attack. With Israel’s population and economy centered around the Tel Aviv and Jerusalem areas, such rocket attacks on the Israeli heartland can cripple the country. Israelis are therefore more likely to direct their military, the IDF, into taking bolder action in an effort to force an end to Hamas rocket fire more expeditiously.

Hamas militants are deeply embedded into the Palestinian civilian population of the Gaza Strip, one of the densest regions on earth. Consequently, regardless of what measures Israel might take to warn Palestinian civilians of impending danger, including phone calls and leaflets warning of impending attacks, the likelihood of unintended civilian casualties will inevitably rise.

The second game changer that this most recent conflict with Hamas has highlighted is the threat that such hostilities pose not just to the State of Israel, but to the Jewish people as a whole. The fact that Israeli actions against its enemies have repercussions for the Jewish community worldwide was first highlighted after Israel assassinated Hezbollah’s secretary general, Abbas al-Musawi, in 1992. Back then, with assistance from Iran, Hezbollah replied not just by attacking IDF forces, but by attacking Jewish and Israeli soft targets. These included a suicide truck bombing of the Israeli embassy in Buenos Aires in 1992, which killed nearly 29 people and destroyed a nearby Catholic church and school. It was later followed by a suicide truck bombing of the AMIA Jewish community center in that same city in 1994, which killed another 85 civilians. Since that time, Islamist terrorist groups such as Hezbollah, Hamas, Al Qaeda and their affiliates, have continued to target Jewish communities in the Middle East, Europe, Asia and the Americas. As a Hamas training manual has stated, “It is foolish to hunt the tiger when there are plenty of sheep around.”

In addition to terrorist attacks, wars between Israel and its adversaries are increasingly accompanied by upticks in anti-Jewish violence around the world. After Israel’s last incursion into Gaza, known as Operation Cast Lead, anti-Semitic incidents in 2009 reached unprecedented levels around the world. In January of that year – the same time that Israel reinvaded Gaza – the Jewish Agency reported a threefold rise in attacks against Jews around the world, including the United States.

The third game changer this most recent outbreak of violence between Israel and Hamas has highlighted is the further deterioration of relations between Egypt and Israel. If the Jewish state’s peace agreement with its southern neighbor has always been described as a “cold peace”, it could now be considered on ice. With the Muslim Brotherhood being swept into power, Egypt’s president Mohamed Morsi has gone to great pains to demonstrate his unquestionable support for Hamas and the Palestinians vis-à-vis Israel. This has included rockets being fired by militants into Israel from Egyptian territory, a “solidarity visit” by Egypt’s prime minister to the Gaza Strip on November 15th that caused Israel to cease military operations even as rockets continued to be fired at its country, the recalling of Egypt’s ambassador to Israel in violation of the Camp David Peace Accords, and bellicose statements by President Morsi warning Israel that he “won’t hesitate to take unusual steps” and vowing that his country will “stop this (Israel’s) brutal aggression.”

At the time of writing, Israel has called up tens of thousands of its reserve forces: a precursor to any major ground war it may undertake. Far from seeing a let up in rocket fire, Hamas’ firing into the Jerusalem region, which had not been hit by a rocket since 1970, is an ominous sign of things to come. Unfortunately for all parties involved, more blood will be spilled before some semblance of normalcy resumes. By that time, the rules of the game will have been changed forever.