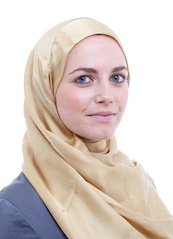 Writing on the latest conflict in Gaza, I’m reminded of the extent to which media coverage of a given issue can significantly shape its perception, even when that coverage runs counter to facts. Hamas’ status as an international pariah, means that the lack of sympathy reserved for an organisation listed as ‘terrorist’ by most countries in the West, now sadly extends to all Palestinians living in Hamas’ ruled Gaza. Over half of Palestinians didn’t actually vote for Hamas and many of those who did were voting against the corruption and the successive failures of Fatah, rather than for rocket attacks directed at Israel.

Just as the blockade of Gaza, ongoing since 2007, is a form of collective punishment, the current international unwillingness to protect Palestinian civilians on the grounds that Israel has a right to respond to rocket attacks, also represents a form of collective punishment. The message is clear: Vote for Hamas and live with the consequences. In this asymmetric ‘war’ in which militants are said to be Israel’s target, why should civilians have to be caught in the middle.

Since Wednesday Israel has launched about 1,000 air strikes on the strip with devastating human consequences. At the time of writing, 57 Palestinians have been killed, including several children, and more than 450 people have been wounded. Rather than targeting alleged militants, Israel is now bombing government buildings, police compounds and buildings housing Palestinian and  international media, including Reuters, Sky news and Al Arabiya, whose correspondent clarified “there were no gunmen or militants at the site.”

The timing of this assault coincides, as did the previous one (Operation Cast Lead in 2008-09), with an impending election. Israeli Journalist, Aluf Benn suggests a familiar pattern in Israeli politics, whereby “whenever the ruling party feels threatened at the ballot box, it puts its finger on the trigger”. With Israel’s decision to mobilise 75,000 army reservists – almost eight times as many as in Operation Cast Lead in which 1,400 Palestinians, including 320 minors, were killed and 5,000 Palestinians were injured (9 Israelis were killed) – it seems the Likud’s victory will be written in blood.

On Sunday, the aerial assault on Gaza intensified, as Netanyahu announced Israel is “prepared to widen its Gaza offensive significantly”. Tanks and troops have amassed at the border and the IDF is warning Gazans of an impending ‘second phase’. It now seems likely a ground operation will ensue despite suggestions by the Egyptian and Turkish PMs that a truce ‘might’ be on the cards.

According to Al-Youm news, Hamas has agreed to stop firing rockets on Israel if it lifts the blockade and stops assassinations – but this is unlikely to halt the aggression. Politically, Netanyahu has far too much to gain from it, as a poll by Channel 10 showed that 91% of Israelis support Operation Pillar of Defence. What’s more, Israel’s current prime minister is an unlikely ally for peace negotiations. He never endorsed a US backed plan for a two state solution, has refused to halt settlements and in 2009 resigned from the Cabinet over the Israeli withdrawal from Gaza.

All evidence suggests that Hamas was in the process of trying to broker an extended ceasefire when tensions flared. Despite all the talk of Hamas wanting to ‘wipe Israel off the map’, something it does state in its Charter, the posturing has not been reflected in reality. The fact that Hamas negotiates with Israel suggests it de-facto recognises its existence. Several reports indicate that at the time the hostilities began, negotiations in view of renewing a truce were underway between Israel and Ahmed Jabari, Israel’s “subcontractor in Gaza”, mediated by Egyptian intelligence officials and accepted according to them, by Israel.

Jabari, the man murdered in an extra-judicial assassination on Wednesday, was in fact seeking to enforce the peace on other militant groups. According to Hareetz “for the past five and a half years, Israel demanded of Hamas that it observe the truce in the south and enforce it on the multiplicity of armed organizations in the Gaza Strip. The man responsible for carrying out this policy was Ahmed Jabari.” The killing of Jabari has been described by Gershon Baskin, an Israeli who was brokering the long term ceasefire arrangement, as “a pre-emptive strike against the possibility of a long term ceasefire.”

Hamas’ truce offering is hardly a novelty. It has previously offered Israel truces lasting up to 20 years and has every reason to want to observe them. In conflict with Israel, Hamas knows Palestinians have everything to lose – more civilian casualties, more loss of infrastructure and increasingly, more popular desperation. Since 2009, 16 times as many Palestinians have been killed by Israelis as the other way around.

Israel’s far-right Foreign Minister, Avigdor Liberman has stated that toppling Hamas is not on the agenda. Of course not, Hamas is much too convenient a bogeyman, which offers significant cover for Israel’s disregard for Human Rights, alongside guaranteed sympathy from western governments which accept the narrative that Israel is merely engaged in its own version of the ‘war on terror’.  Given our own government’s track record – extra-judicial killings, torture, drone attacks, illegal invasion – we hardly seem well equipped to criticise.

What we do know is that, according to Israel’s Interior Minister, “the goal of the operation is to send Gaza back to the Middle Ages”. Currently, four in five Gazans are dependent on humanitarian aid due to the blockade, which Amnesty international describes as ‘targeting the most vulnerable’. Unemployment levels are among the highest in the world and according to MSF, seventy percent of families live on less than $1/day, while 75 percent of the Gaza population relies on food aid.

It wouldn’t take much to plunge Gaza back into a deep humanitarian crisis, the apparent aim of this latest operation. Some might argue that they are already there. Without international pressure on Israel to desist and agree to a truce, innocent Palestinians will continue to pay the price for electoral pandering. In his 2009 Cairo speech, Obama had promised the Middle East its own version of ‘change’, a vision for Middle East peace which included a two state solution, in sympathy with the “intolerable” plight of the Palestinians. The US president’s reference to the “the legitimate Palestinian aspiration for dignity, opportunity and a state of their own” have not disappeared, even if US political will to endorse them have. With current US support for Israel unyielding, Palestinian lives are sacrificed to political exigencies once more.