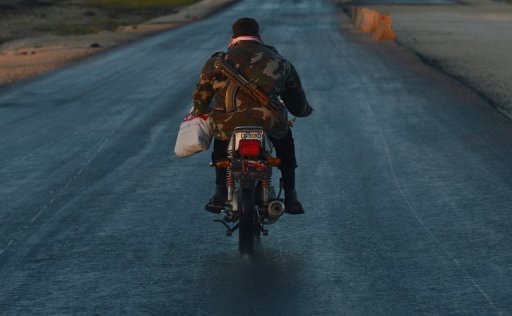 It appears the Syrian opposition has gone as far as it can get without trust and decisive support from the outside, writes Philip Trösser in this analysis, asking what is to come next?

After more than a year of broad desperation with the unification efforts of the Syrian opposition, a breakthrough was reached on November 11. Representatives of various Syrian opposition groups including rebel fighters, veteran dissidents and ethnic and religious minorities struck a unity deal, merging under the umbrella of the newly created “National Coalition for Syrian Revolutionary and Opposition Forces” (NCSROF).

The new body is much more inclusive and representative of minorities than its predecessor, the Syrian National Council (SNC). Then, on Tuesday November 13, France was the first western country to recognise the NCSROF as the “only representative of the Syrian people and thus as the future provisional government of a democratic Syria.”

These key events may well constitute a breakthrough in the political efforts around the Syrian revolution. For the NCSROF, the next hurdle will be to assert control over the wide array of armed rebel groups inside Syria. If it fails, it will sink into redundancy just like the SNC. Seeking international recognition, the latter claimed to be closely cooperating with the Syrian rebel groups inside Syria, as represented by the umbrella group known as the Free Syrian Army (FSA). This simply not being the case, the SNC largely remained a talking-shop without real leverage over developments inside the country.

Asserting control over a majority of armed opposition groups inside Syria promises to be a mammoth task. They remain deeply divided over various factors including sectarian identity and ideology, tactics and trust issues, visions for a future Syria, funding and sponsorship relationships with competing external political actors.

“Syria is nothing more than a hodgepodge collection of militarized national, tribal and confessional cantons connected by a fraying thread: a quickly fading memory of a united Syria,” Ammar Abdulhamid, Syrian activist and fellow at the conservative American think-tank Foundation for Defense of Democracies, noted in August after a 20 day trip in the region.

Their fighting skills are improving, as observes Royal United Services Institute analyst Shashank Joshi, but in the absence of overarching structures uniting these groups under a single and reliable chain of command, this unfortunately is likely to be just one further factor for discord. As individual fighter groups become more independent and viable on their own, they are less likely to compromise on ideology or operational control in exchange for the protection of a larger alliance.

Alarmingly, an Arab official interviewed by Reuters speaks of “feuding among the opposition”, and Abdulhamid deplores the “devolution towards warlordism”. Joshi also expressed much pessimism regarding the unification processes of the Syrian opposition, fearing that “even if government forces are losing their grip, what is taking over is many opposition groups.”

However, these endeavours were clearly motivated less by common goals or ideology than by the pure necessity of attracting foreign aid and weapons. Real unity and cooperation remain elusive. As Reuters correspondent Mariam Karouny observed, beyond differences over leadership, tactics and sources of funding, “mistrust and miscommunication have dominated relations between rebel brigades and each privately accuse the other of incompetence.”

Moreover, FSA Military councils and brigades enjoy a great deal of independence and, as British veteran journalist Patrick Seale has pointed out, so far “seem unwilling to take orders from the Turkey-based FSA commander, Col Riad al-As‘ad.” In this light, strong integration appears very difficult and the political opposition will require excellent arguments if it wishes to enter the game and play a coordinating role.

Failing this, the outlook for Syria is grim. One Arab diplomat interviewed by Reuters went as far as expressing the opinion that “the rebel commander who will seize the presidential palace in Damascus is going to have the most say in the future Syria.” This may be taking it a bit far, but there certainly is a grain of truth in it. Chaos and uncertainty of dangerous dimensions are widely expected to follow the Assad regime’s downfall.

The foreign powers already providing the rebels with limited aid of course can’t accept this kind of uncertainty. Accordingly, their wait-and-see strategy seeks to not escalate the conflict and provide the time necessary for a strong alternative to the Assad regime to emerge. The newly created NCSROF naturally has caught their attention. The conundrum is that the latter most probably won’t be able to assert its control over rebels inside Syria without ensuring their provision with funds and weapons in a first step. However, the procurement of these likely will be dependent on NCSROF’s ability to prove its control over rebel groups.