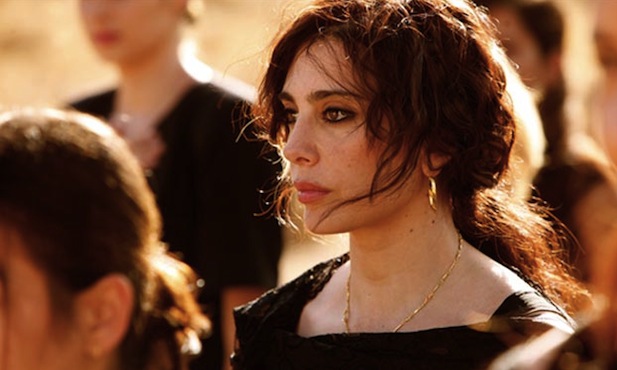 With the 2012 Doha Tribeca Film Festival still underway, this annual event of the Doha Film Institute, one of the Middle East’s largest film festivals is showcasing some of the best work in new Arab and world cinema from the past twelve months.

Women, in fact, are leaders in the film industry across the Middle East. The relationship between the Middle Eastern woman and cinema has been growing richer, rooted in the region’s robust traditions of movie production. One of the strongest examples of this effort is the work of Nadine Labaki of Lebanon. Perhaps the most well-known Arab female filmmaker and a famous actress in the Middle East, Labaki’s first feature which she wrote and directed, Caramel, debuted in 2007 at the Cannes Film Festival. Caramel is an intricate and nuanced tale with a familiar premise: an eclectic group of women gather regularly at a beauty shop. The film delves into sensitive Lebanese social territories through thematic explorations of religion and post-colonialism.

Labaki’s second feature, which she wrote, directed and starred in, premiered at Cannes in 2011. Where Do We Go Now? functions as an even deeper study of Lebanon’s religious identities than Labaki’s first film. In a village where the men are fixated on their religious differences and disputes as Muslims and Christians, the women of both faiths rally to surreptitiously persuade the men to avoid violence.

Like Caramel, Where Do We Go Now? focuses on the lives of ordinary women affected by Lebanon’s complex social realities brought on by decades of political upheaval. Nadine Labaki’s films are hopeful, while still possessing keen awareness of the obstacles to an internally peaceful Lebanon.

Internationally known for her 1994 film set in Tunisia at the end of colonialism, The Silences of the Palace, Moufida Tlatli has the distinction of being the first Arab woman to direct a full-length feature in the Arabic-speaking world. And after the ousting of President Zine El Abidine Ben Ali from Tunisia in 2011, Tlatli was appointed Minister of Culture in the Tunisian Provisional Government. That Tlatli, a world-famous female filmmaker, was appointed to a government post after an incendiary popular revolution, speaks volumes.

Another trail-blazing woman is Palestinian Annemarie Jacir. With Salt of this Sea, Jacir became the first Palestinian woman to direct a full-length feature film. The story follows Soraya, a young Palestinian-American woman traveling to Jaffa to claim her deceased grandfather’s financial assets, only to learn that they were seized long ago by the Israeli government. Jacir completed her second feature, When I Saw You, in Jordan in 2011, a film about a separated Palestinian refugee family living in the immediate wake of the 1967 war. Jacir crafts narratives that resonate as personalised representations of cultural exchange. Her unique point of view keeps the focus of her stories on how all humans are essentially the same, no matter the gender or nation of origin. In Salt of this Sea, for example, Jacir portrays a young Israeli woman who is compassionate to the protagonist Soraya’s situation – even though the Israeli woman now lives in Soraya’s ancestral home.

Labaki, Tlatli, and Jacir represent a cherished though tiny portion of Arab women filmmakers. Film production and distribution has been vital in the Middle East for a long time, and the film industry’s growth is certainly on the rise following the start of revolutions in 2010. Meanwhile, in the West, films from the region act as invaluable, edifying windows to contemporary Arab society.

With government patronage for filmmaking occurring in nearly every Arab country, the world can expect to see greater participation in movie production by Arab women, full participants in the creation of films that reflect issues of gender, religion and the convoluted politics permeating everyday life.

Kathleen Quigley is the Public Relations Director for the Global Philadelphia Association. This article was written for the Common Ground News Service.