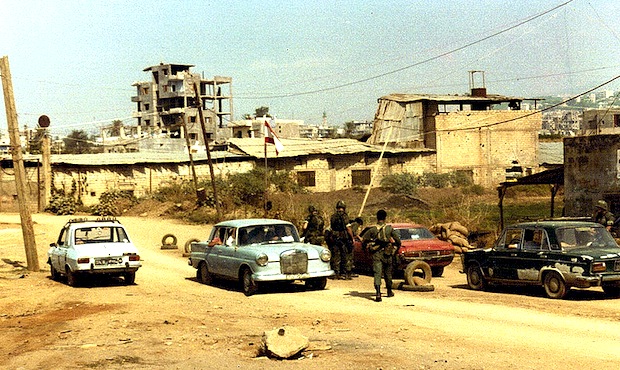 The memory of the civil war remains alive, with no agreement ever reached on Lebanon’s identity, foreign policy, internal politics and national unity. As a result, the country finds itself in a state of cold war, writes Ziad Naboulsi.

Lebanon signed the Taef accord in 1990, ending a bloody civil war that lasted 15 years. This war took more than 170,000 lives, caused one million injuries (a quarter of the total population), 17,000 missing and more than 76,000 displaced people within the country. These are just the direct casualties; the country also suffers from an alarming youth migration rate (40,000 per year), and a devastated economy of over 65 billion dollars in debt.

The political-social status quo in Lebanon today is deeply polarized, between the March 14 and March 8 movements. This polarization paralyzes all sectors of the wounded country: March 14 parliamentarians boycott the parliament, the economy is in a recession, the March 8 government is incapable of controlling the internal security situation – not to mention not agreeing on a common foreign policy facing the regional and international political challenges. Partisanship is at its peak, affecting everyday lives of the Lebanese people who are still segregated to a large extent in unofficial “ghettos” based on their religious and sectarian identities.

But this is nothing new. The polarization finds its roots in the declaration of the “Larger Lebanon” by the colonizer France in 1920. At that time, the Lebanese people were divided horizontally into two camps: supporting independence of Lebanon under French custody (mainly Christians), and supporting the unity within a larger Arab nation (Muslim majority). The division continued in 1952, with the cold war and the international face-off between the US capitalist and the USSR communist-socialist camp.

Backed up by the majority of the Christians, President Chamoun declared Lebanon a western ally, while Jamal Abed el Naser ­– The Egyptian socialist military ruler – was massively popular amongst the Muslim population. The situation exploded in 1958, when Lebanon witnessed a short civil war that no one seems to remember anymore, yet its remnants accumulated to pave the way for the big war. In 1975, the war started with the targeting of a Palestinian bus in the Christian Ein el Rimeneh area, a southern suburb of Beirut. This shed the light on the huge role that the Palestinians and their military factions, which spread fear among the Christian community, and that was translated into the latter bearing arms before the war.

After 1990, the war supposedly ended, and the process of reconstruction started. A corporate mentality was introduced to Lebanon that marginalized most of the impoverished population, benefiting only the rich and politically supported. This came along with incorporating the leaders of the political parties – the former warlords – as parliamentarians, ministers and community leaders. There was no real process of reconciliation, or return of the internally displaced people in Lebanon. Everyone in Lebanon was trying to turn the page of the civil war, but they never really managed to do that. They actually did quite the opposite.

The memory of the civil war remains alive as ever today, in a largely segregated and torn down country with no actual social bonds between the different groups within the population. No agreement was reached regarding the country’s permanent identity, foreign policy, internal politics and national unity. The period between the 1990 and 2005 was controlled by Syria, having more than 40,000 troops on the Lebanese soil and interfering in everything from elections of the head of the state to everyday politics and sometimes social affairs. The assassination of Prime Minister Rafic Hariri shook the nation, reshuffling all the cards. Syria withdrew from Lebanon after intense local, regional and international pressure. The country today remains without a “godfather”, so the question is can it manage on its own?

Where is the Lebanese youth in all of this? No serious movements for a social and political change by them are detected. The Lebanese youth are highly partisaned, having loyalties dating back to hundreds of years of family and religious legacies. These legacies cripple any notion of change in Lebanon. The generation that was born after the civil war seems to inherit all the stereotypes, wounds and bad memories from the generation that actually fought the war. The identity crisis is still present, where the Lebanese still didn’t reach a consensus on whether they are Phoenicians or Arabs, and both arguments have a bit of truth and a lot of lies embedded in them.

What is most striking is that the Lebanese youth, the post war generation, talk about the Lebanese civil war as if they participated in it, showing no regret or remorse, not even compassion to the victims of that bloody war.

“We will fight if the war was imposed on us”, said a young man who is a member of the Lebanese forces, the Christian rightist faction that participated in the civil war. He is 23, born after the war ended, finishing a master’s degree in International Affairs at one of Beirut most prominent and expensive universities.

You can just imagine then the role of the poor, uneducated and partisaned youth in any conflict to come. What is for sure is that the Lebanese civil war never ended, it is just a cold war for now.