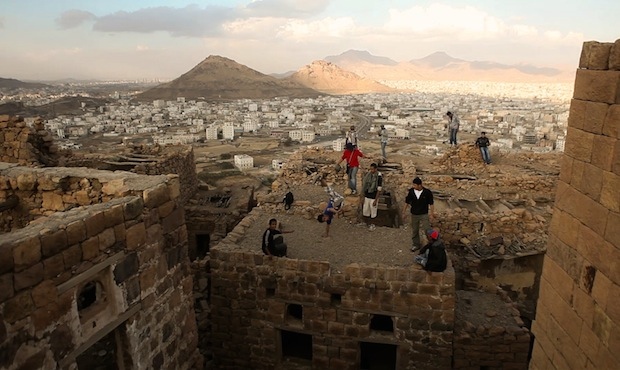 As annoying as it may be, the sounds of the massive global hit Gangnam Style shows that "what unites us is ultimately more powerful than what divides us," writes Adam Baron.

The idea of Yemen as a land caught in time–though somewhat appealing–is ultimately a rather orientalist stereotype. It’s something I’m almost constantly reminded of here, whether in the form of tribal leaders who tuck iPhones in the embroidered belts holding their centuries old Jambiyyas or the smattering of FC Barcelona memorabilia decorating shops tucking into ancient buildings in Old Sanaa. Even rural areas, it seems, are far from untouched. A friend, I remember, once described his astonishment as he reenacted a famous movie scene on a cliff-top in his village: as he shouted “I’m the king of the world” with arms outstretched, his cousin noted that the scene was “just like Titanic,” getting the cultural reference without missing a beat.

This idea of Yemen the isolated has been floating through my mind recently as I’ve been subjected to the surprisingly frequent sounds of Korean rapper PSY’s single “Gangnam Style,” a rather-focused satire that’s somehow developed into the most paradoxical global hit since Los del Rio’s “Macarena.” I have no idea whether those behind the song had any inkling of their impending worldwide fame when they initially set out to parody classless Koreans’ vain attempts to channel the “style” apparently epitomized by the residents of Seoul’s exclusive Gangnam district; either way, months later, the original meaning has more or less dissipated. PSY and his colleagues have been compensated with money and notoriety, so I’d imagine that they’re not particularly distressed.

As annoying as it is, hearing the song repeatedly here has been oddly uplifting. The sounds of the cringeworthy refrain are ultimately a weird reminder of our shared humanity, that some guy in South Korea created something that’s being enjoyed (or at least “enjoyed”) from Seoul to Sanaa to St. Louis, from the Far East to the Middle East to the Midwest. I’ve experienced things that are, well, quite a bit easier to describe as transcendent experiences of cultural exchange. Seeing La Boheme performed in Ramallah was aesthetically superior; discussions I’ve had with various Islamists here that left us delving into our respective holy books to expound upon shared beliefs and values were imbued with quite a bit more meaning. Still, I think, “Gangnam Style” counts for something.

Adam Baron is a freelance journalist based in Sanaa, Yemen who reports regularly for the Daily Telegraph, McClatchy Newspapers and the Christian Science Monitor. Follow his blog.