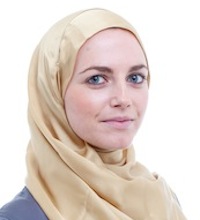 Carnegie Endowment senior associate Marina Ottoway recently argued that the only question facing Egypt’s faltering democratic transition “is whether it will be the tyranny of the Islamist majority or that of the secular minority.”

Since the fall of Mubarak, Ottoway argues that an ‘Islamist majority’, with popular support, has been pitted against a ‘secular minority’ with considerable influence over state institutions. Yet, this oft-repeated dichotomy of ‘Islamists vs seculars’, masks real diversity in the motivations of opponents to both the presidential decree and the hastily drafted constitution. The labelling also avoids adequate scrutiny of the actual proposals being made by all sides. With protests rocking the country once more, Egypt’s democratic future relies on all sides moving on from revolutionary exceptionalism, to working together for the national interest.

Opposition figure Abul Futuh recently voiced a widespread critique of President Morsi: “The president cannot rule in unilateral fashion, just because we are in a period of transition, after the revolution. It is not reasonable or wise for he who governs to say ‘I received a majority of votes. My party received a majority of votes. Therefore, it is our right to govern unilaterally by virtue or representing a democratic majority.’” A former MB leader, Futuh’s view reflects the concerns of a wide array of political voices, beyond simple descriptions of ‘secular’ or ‘Islamist’.

Many Egyptians who voted for Morsi in the presidential election were not espousing an affinity for the political branch of the MB, but opposing the alternative, in the form of Mubarak era relic, Ahmed Shafiq. Post-revolutionary figures often struggle to reflect the multiplicity of views which rallied behind them. Instead of recognising and reflecting this diversity, Morsi is using his position and the predominance of Islamists in key institutions, to forge a framework for Egypt’s future which ignores many of the voices which got him elected – including alternative Islamist voices, Leftists and others.

Morsi was handed the people’s trust to reform the Egyptian state, a reimagining of the Egyptian ‘self’ in a democratic setting where all parties hoped to see their aspirations reflected, not least in the nation’s core document, the constitution.

As protests erupted over his wide-reaching ‘temporary’ decree, Morsi decided to rush the constitutional drafting in 24 hours, avowedly to quell dissension. Of the 100-strong constitutional assembly, 22 withdrew. The result has been called “hasty and ill-defined”, while Human Rights Watch notes: “The constitution (…) provides for basic protections against arbitrary detention and torture and for some economic rights but fails to end military trials of civilians or to protect freedom of expression and religion.”

In the midst of widespread instability and in a cavalier move, Morsi initiated political decisions of serious consequence, without fostering a broad based consensus.

His actions have been met by an opposition struggling to unite beyond its reactionary stance. Few of the recently established political parties have the deep societal roots of a social movement like the MB. Speaking to locals in the Cairene district of Imbaba, researcher Rahma Bavelaar relays previously widespread popular support for the MB. One local confided that this is “because they are the only ones who ever did anything for us over the past decades. People accuse them of giving out bread and oil to win votes, but this is what we want: bread and oil. We don’t care about freedom of expression and the freedom to walk around naked. Didn’t the Revolution come to fight social ills such as corruption and ‘zina’ (unlawful sexual intercourse)? It was the poor who filled Tahrir and made the Revolution succeed. We want to just live and eat.”

However, recent events have seen a dampening in the MB’s popularity. The same local admitted no longer supporting the MB because she feels their behaviour in power has demonstrated that they “only care about the interests of the MB and have failed to bring any positive change.”

Bavelaar’s research suggests the opposition still have significant ground to cover in convincing lay people that their policies will positively affect their lives, in a country where parties have long been perceived as vacant vessels and where meaningful social action has tended to occur outside of the formal political setting. However, the mystique surrounding the MB has been severely tarnished.

The current stand-off will see some form of denouement on December 15, when a referendum will be held. Although judges responsible for overlooking the referendum threatened to walk out, it now seems likely many will cooperate. But serious questions remain over the constitution’s content. Not least, the outline of an extremely strong executive, in lieu of strong checks and balances and a pre-amble which presents the military as saviours, despite evidence of Human Rights abuses, from virginity tests on protestors to torture and military trials.

Just as critical is the drafting of the constitution by predominantly Islamist figures, failing to capture the aspirations of all Egyptians. In forging the country’s post-revolutionary identity, Morsi should have shaped a constitution which could unify Egyptians and would establish a base line consensus on the route for reform ahead. Instead, the draft contains a number of articles which seemingly confirm the apprehensions of MB critiques. In a nod to Islamist identity politics, Article 10 gives the state the power to preserve the “genuine nature” of the Egyptian family and its “moral values,” which combined with the fact it no longer lists “sex” as one of the grounds for prohibiting discrimination, leaves women open to gender based discrimination and state interference. The Islamist ideal of seeing a greater influence of religion in the state’s operation is reflected in the designation of Al Azhar as having a consultative position in defining the principles of Sharia, while other sections raise questions over freedom of speech and minority rights.

For years, academics have pleaded for Islamist parties to be assessed on their policies, not a speculative fear of ‘Sharia based politics’. Until recently, distance from power shielded them from scrutiny. But the MB can no longer hide behind accusations of a secularist plot in the face of all criticism, despite the undoubted residual influence of old regime figures. Some of Morsi’s current critiques are no less attached to ‘Islamic values’ than he is.

Reliant for too many years on sycophantic supporters, Islamist parties must now produce concrete policies of tangible benefit to the majority. The hierarchical habits of the ‘Murshid al-‘am’ (the MB’s General Guide) have no place in a democratic setting and have shown their limitations. Morsi’s success as a democratic leader will lie largely in his ability to recognise the significance of his leadership of all Egyptians and his willingness to distance himself from the ideological rigidity, which remains the privilege of those outside the political game. In the midst of current civil strife, Morsi must reach out to the opposition, an opposition which needs to move from sit-ins to substantive alternatives. Egypt’s stability depends on it.