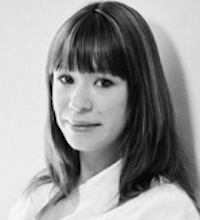 Khaled Mashal’s recent visit to Gaza drew widespread media attention. This is hardly surprising: the trip came shortly after the end of the last round of military confrontations between Israel and Hamas and it involved one of the group’s most important and charismatic leaders. Moreover, it was Mashal’s first time visiting the Strip as an adult, certainly adding to the importance, even solemnity, of the occasion.

But the significance of the Chairman of the Political Bureau’s visit goes well beyond delivering a short-term ‘Kodak moment’ to celebrate the 25th anniversary of Hamas.

The trip to Gaza confirms the internal shift in the group’s balance of power. Historically, Hamas’s leadership has been dispersed geographically – divided along political and military lines, as well as between the Diaspora and Gaza, where the group first began operating. The role and status of the political bureau – headed by Khaled Mashal – acquired additional organizational power and relevancy after Israel’s assassinations of Gaza-based leaders Sheikh Ahmed Yassin and Abd al-Aziz Rantisi in March 2004. However, following Hamas’s electoral victory in January 2006 and, most importantly, after the June 2007 armed takeover of Gaza, the center of organizational power has been slowly shifting away from the Diaspora and back to Gaza. Mashal’s visit to the Strip de facto recognizes the rise of the Gaza leadership.

This acknowledgment of the status of the Gaza leadership and of its strategic outlook for the organization was also reflected in the main speech Mashal delivered while in Gaza. Mashal’s uncompromising and often violent rhetoric – mostly directed toward an internal audience – served to both allow him not to be ‘outshined’ by the more ‘hardcore’ Gaza leaders, as well as to shelf rumors of growing internal tensions between the bureau and the Gaza leadership.

In the past year, a conflict between Mashal and Gaza leaders, like Prime Minister Ismail Haniyeh and Mahmud Al-Zahhar, surfaced time and time again. Reportedly, there was disagreement over what role armed struggle should play within Hamas. While all prominent Hamas leaders agreed that the group had the right and responsibility to carry out “armed resistance” against Israel, Mashal hinted on a few occasion that ‘popular resistance,’ intended as unarmed, might under certain circumstances be preferable. These declarations were contradicted by Gaza leaders like Al-Zahhar, who emphasized the historic significance and prominence of armed struggle within Hamas.

Most significantly, conflicts emerged in February 2012, following Mashal’s signing of the Doha agreement with Fatah leader and Palestinian President Mahmoud Abbas. In Doha, the two parties agreed to have Abbas lead a temporary national unity government as a step forward in the internal reconciliation process. The announcement of the agreement was met by sharp criticism from al-Zahhar and other prominent Gaza leaders, who accused Mashal of hurting the organization’s interests.

Both of these episodes of internal conflict between the “external” and the Gaza leadership interestingly pointed towards two distinct organizational logics emerging within Hamas. Mashal seemed to be pushing the organization in an increasingly more pragmatic direction: closer to both Egypt and Qatar, away from Syria and Iran, toward internal reconciliation with Fatah, all this while hinting to the possibility of compromised solutions with respect to Israel. The Gaza-based leadership, on the other hand, seemed to display a different type of pragmatism: maintaining their current power and status within Gaza as an absolute organizational priority, and thus exhibiting higher demands when it came to both internal reconciliation as well as dealing with Israel.

The current positions are somewhat opposite to those exhibited by the two leaderships in the immediate aftermath of the 2006 electoral victory in the Palestinian legislative elections. Then it was the Gaza-leadership, trying to obtain both domestic and international legitimacy, which appeared to be making the most accommodating statements. However, following the 2007 takeover and the undisputed control Hamas obtained on the Strip, the organizational outlook and priorities of the Gaza government shifted.

In light of the pre-existing internal rifts, the recent visit of Mashal serves to assert internal unity and cohesion within Hamas, while placing emphasis on the Gaza leadership’s logic of power preservation in the Strip. This organizational choice is also informed by the growing regional recognition awarded to the Gaza government, along with its continued capacity to hold strong on the Strip and its inhabitants.

By paying a visit to Gaza, Mashal is therefore acknowledging the balance of power within Hamas and outwardly falling in line with the group’s investment on keeping power in the Strip. This is the case even though, behind the scenes, it is likely that the pre-existing disagreements continue to exist, especially when it comes to internal reconciliation with Fatah. Mashal’s trip also served to reaffirm his personal role and status. Throughout his brief staying in Gaza, Mashal was in fact able to gather broad personal support from all the major Gaza leaders of Hamas, putting rumors of a leadership crisis behind him.

The uncompromising and violent rhetoric is then a reflection of deeper internal organizational dynamics, rather than the sign of a true strategic change within Hamas, as the group has historically alternated between its ideological rigidities and uncompromising positions and a more nuanced political discourse. By reverting to the old, irredentist, vocabulary, Mashal shelved rumors of internal strife, recognized the power of the Gaza leaders, and rallied the group’s supporters.

However, while the speech Mashal delivered made sense in terms of his personal status and the Gaza leadership’s interest in keeping control of the Strip; still it is unrealistic, shortsighted, and deeply damaging to the Palestinian national movement and its aspirations to put internal organizational interests above the national one.