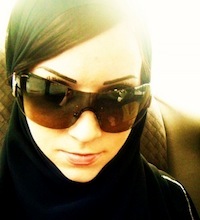 The King of Saudi Arabia has often been referred to as a generous reformer. However, it’s safe to say that these “Saudi Style Reforms” have failed to keep up with the Kingdom’s progressively changing population in any significant manner.

The government has failed to address grotesque human rights violations, failed to bring justice to their corrupt judicial system, failed to tackle rampant nepotism, allowed the gap between rich and poor to grow and thrive, and despite more than enough funding, the government has failed to make decent education or sufficient employment available to a society in desperate need of development. What is certainly thriving in the Kingdom is injustice and growing discontent coming from different groups within Saudi society. Although many of these groups are suffering from similar injustices, perhaps what has kept the regime so strong (beyond the blanket of support from the USA) are the social divisions among these very groups. The government has managed to survive on aggressively playing into the theory of ‘divide and conquer’.

The Saudi King is nearing 90 years old and despite reports that he is in “excellent health” – any man in his late 80’s undergoing near-annual surgeries with long hospital stays following, is not in “excellent health”. The crown prince is also in his late 80’s with questionable health, and the royal family will soon be making a complicated generational succession among hundreds of possible Princes for leadership. Beyond the clear issue of succession is a growing discontent among Saudi citizens with corruption within the royal family. Stories with photo evidence of “royal scandals” are far from scarce. Many of the royalty members are known to live lavish lifestyles, to waste state money on materialistic pursuits, others known to frequent prostitutes and throw wild parties with alcohol and drugs, and some have even managed to get away with murder. What is frustrating for many Saudi citizens is that while they are held to an extremely strict religious code, the royal family and their entourage have proven too often be immune to these laws.

Saudi Arabia prides itself on a complete marriage of religion and state. The government’s version of Islam is one based on the very rigid and sectarian ideology of Mohammed Ibn Abdul Wahhab. In collaboration with government appointed clerics, the government makes a stunning effort to show that all of their decisions are centered in Islam. However, there is growing criticism of the Saudi state’s interpretation of Islam coming from Muslims both within and outside of the Kingdom. The judicial system claims to be under God’s sharia, though many Islamic scholars have criticized the system in Saudi for being far from Quranic declarations. While the Saudi King holds the title of Custodian of the Two Holy Mosques; Muslims from around the world have been enraged by the Kingdom turning these cities into commercial money-making centers, and ruthlessly bulldozing Islamic heritage sites in the process of doing so.

Religious minorities in the Kingdom are subject to extreme oppression, the prime example is with Saudi Shiites. Since February of 2011, following the Arab Spring, protestors in the Eastern province city of Qatif have taken to the streets. Saudi security forces met these protests with force which led to the deaths of more than a dozen citizens, and the arrests of many more. Though, the government’s deeply sectarian rhetoric has left a large portion of the greater population unsympathetic to the plight of their fellow citizens in Qatif.

Human rights groups have estimated some 30,000 political prisoners are currently in Saudi prisons. Anything from questioning the leadership ability of the royal family, to asking for reform, defending human rights, opposing the government or even expressing an opinion the government disapproves of, can and has led to the imprisonment of Saudi citizens. Many have been left in prisons for years with no trial or explanation. These citizens have families and loved ones who are dramatically impacted by their absence. Families of these prisoners have recently taken to the streets of Riyadh, Qassim, Hasa, and Qatif in protest. While the majority of Qassim’s inhabitants are known for adhering to rigid Sunni Islamic interpretation and Qatif believed to be a more liberal Shiite city; these groups who have traditionally remained divided find themselves sharing the same grievances with the Saudi regime.

While oppression remains high for those of different Islamic interpretations, a Saudi who questions or rejects Islam all together can also face imprisonment or even the death penalty. The number of atheists in the Kingdom is also on the rise, a recent study showed that 24% of Saudi citizens were either not religious at all or convinced atheists. Saudi Arabia by no means pretends to respect religious freedom, though this may become highly problematic with almost a quarter of the population not sharing the State’s religious beliefs.

Half of the Saudi population – the women – is left with limited rights that have led many analysts to refer to them as Saudi’s “second-class citizens”. Saudi women live under an oppressive guardianship system that requires them to obtain permission from an immediate male relative to study, travel, work, testify in court, get married, divorced, and make important decisions regarding their children and healthcare.

Human Rights Watch urged the Kingdom to end the guardianship system in 2008 stating that “the Saudi government has sacrificed basic human rights to maintain male control over women.” Many of the reforms regarding women in the Kingdom have done little to actually improve their status, despite these women being highly educated and equipped with the necessary skills to become successful leaders in very diverse fields. Less and less Saudi women are willing to accept the status quo, and many have begun aggressively pushing for progress.

An impressively large number of new schools and universities have recently been established in the Kingdom. Although student-centered learning and encouragement of critical thinking skills and creativity is necessary in order to push a society forward, the majority of the educational tactic in Saudi Arabia is based on route memorization and simple regurgitation of school materials. In order to better equip Saudi’s future workforce, the government offered a large number of scholarships to Saudi students wishing to pursue higher education overseas; the majority of these students study in the United States and the United Kingdom. While State money has been poured into these students, it hardly addresses the issue of a much needed improvement in educational institutions within the Kingdom itself. Despite a large number of the population having university degrees and various qualifications, the unemployment rate is around 25%, while about 80% of the labor force in Saudi Arabia is non-nationals.

The Saudi system is absolutely not sustainable. It is just efficient enough to survive yet incapable of thriving or developing much further. Nepotism is rampant in the Kingdom, and serves to keep those with connections to powerful people comfortable, while the average citizen is left with a system so unjust and discouraging that they often never attempted to take it on. While a significant portion of the population has progressed and expectations for each generation are set higher, the royalty has hardly been able to keep up with it’s own “subjects”. Currently, many citizens are merely pushing for reformation within the nation; only a minority has called for the fall of the Al Saud regime. However, the longer these grievances are ignored and not met with serious action and change, the more likely the regime is to loose legitimacy in the eyes of the people.