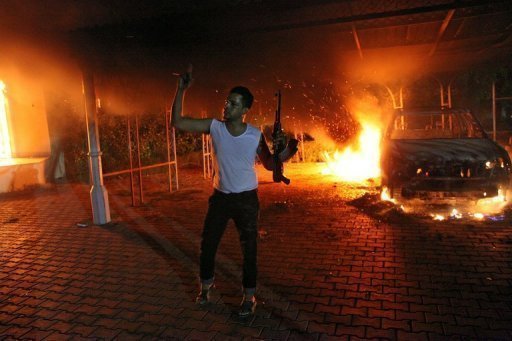 President Barack Obama admitted Sunday that a probe into a deadly assault on a US consulate in Libya had uncovered a “huge problem” in security procedures at the mission.

On September 11, the anniversary of the 2001 attacks by Al-Qaeda on New York and Washington, heavily-armed militants stormed the US consulate in the eastern Libyan city of Benghazi and attacked a nearby CIA safehouse.

Four Americans died in the assault, including US ambassador Chris Stevens, and Obama’s domestic opponents have attacked the administration’s handling of both security prior to the attack and public statements afterwards.

In his interview, Obama said all of the recommendations of a critical report into the State Department’s operation in Benghazi would be implemented, and said US agents were hunting down those responsible for the killings.

“With respect to who carried it out, that’s an ongoing investigation. The FBI has sent individuals to Libya repeatedly,” the president said.

“We have some very good leads, but this is not something that I’m going to be at liberty to talk about right now.”

Obama also defended UN ambassador Susan Rice, who was accused by Republican lawmakers of misleading the public when she said the attack was a spontaneous protest against an anti-Muslim film made privately in the United States.

Rice had been considered the frontrunner to replace Secretary of State Hillary Clinton as America’s top diplomat in Obama’s second term, but dropped out of the running after becoming the focus of Republican attacks.

“She appeared on a number of television shows reporting what she and we understood to be the best information at the time,” Obama said, accusing opponents of making a scapegoat of his close ally.

“This was a politically motivated attack on her. I mean, of all the people in my national security team, she probably had the least to do with anything that happened in Benghazi.”