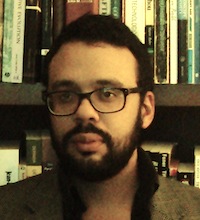 In the wake of Egypt’s historic democratic elections, Islamist candidates won nearly three-quarters of the seats in parliament. A Muslim Brotherhood candidate, Muhammad Morsi, would go on to win Egypt’s inaugural presidential elections. Recently, voters ratified a new Egyptian constitution which is perceived to grant Islamic institutions (such as al-Azhar) significant influence over the government.

As it is in Egypt, so has it been throughout the MENA region: at first glance, it would seem as though Islamists have been the primary beneficiaries of the Arab Spring. However, contrary to the popular discourse, the challenge facing these governments is not in reconciling Islam with liberalism.  Instead, the problem is internal to liberalism itself: in the MENA contexts, there seems to be tension in simultaneously promoting authentic democracy and a universal body of laws. There are historical reasons for this:

Colonialist powers, in an attempt to keep the peoples of the MENA region divided against themselves, carved up state boundaries in such a way as to fragment and alienate the various ethnic and religious groups—creating weak majorities which would be unable to drive out the occupiers, while empowering minority populations who would thereby be dependent upon their colonizers to ensure continued protection and influence. These tensions were exacerbated by the colonialists’ insistence on a series of universal laws governing these states, which created a zero-sum political game. Under such a system, governments are forced into a democratic dilemma; they can either:

Foster a government which is unrepresentative of the majority of its citizens in many critical aspects, for the sake of protecting minority groups; or, allow minorities to be held ransom by the tyranny of the majority.

Neither of these options seems particularly appealing; however, these two options need not be exhaustive. It may be that the best way to allow for a government to be representative and responsive to the popular will while empowering and protecting minorities is to reject the notion that there must be a single body of laws which governs all citizens.

There is a long, if imperfect, history of legal pluralism in the Muslim world. Traditionally, there were four primary Sunni madhabs (legal/theological schools of thought) and one Shi’a madhab, with Christians, Jews and other “People of the Book,” to govern their respective adherents in accordance with their own religious law. All citizens of the caliphate, regardless which madhab they subscribed to, were subject to the basic (and minimal) laws of the central government.

There were several benefits to such a system. First and foremost, this system allowed the Muslim majority to live under Islamic law while maintaining the rights and autonomy of minorities (especially relative to how many of these populations fared in Europe). Moreover, because the law was understood in a pluralistic fashion even within the Sunni majority, jurists and theologians were forced to confront the fact that they did not possess a monopoly on the Truth, and that anyone could be prone to error when interpreting the Qur’an or applying the law. This encouraged judicial restraint. Moreover, this system allowed judges a good deal of flexibility in rendering decisions, to account for mitigating circumstances or novel situations.

However, when Napoleon conquered Egypt (1798 CE) he insisted on establishing and codifying the shariah into a single body of laws which would inform all legislation, and to which all Egyptians would be subordinate. The resulting corpus juris was drawn from a strict and literal interpretation of the Qur’an, sweeping aside centuries of precedents and debates, and completely ignoring Egypt’s religious diversity; ironically, the law of Napoleon’s Egypt mirrored closely the salafist legal system which had been established 50 years before in the Emirate of Diriyah (what would become Saudi Arabia). These twin developments would be the driving force behind the emergence and proliferation of the draconian and homogenous “Shariah Law” which has come to define much of the Islamic world: whether a ruler wanted to “modernize” by adopting Egypt’s “Westernized” model of the shariah or “get back to the basics” through salafism, the results would be virtually identical.

This transition was harmful to most citizens—but especially to vulnerable populations: women, minorities (ethnic or religious), non-citizens etc. These groups, which were formerly exempt from the bulk of Islamic law, or else protected by legal precedents and/or the flexibility of judges, now had the shariah (in its strictest and most brutal interpretations) imposed upon them, and were subjected to legalized persecution and exploitation. And because this law was universal, there was nowhere to turn for reprieve. Moreover, public debate on the law and its interpretation was largely (and tyrannically) silenced. It is easy to see how the requirement of universality (across all people and situations) would de facto favor fundamentalism and authoritarianism, for religious or secular law (consider the totalitarian secular regimes of Reza Shah, Kamal Attaturk, or the Ba’athists).

Instead of pursuing that course, there are a number of ways in which the pluralistic tradition of fiqh (Islamic jurisprudence) could be translated into contemporary societies. As an example: one could begin with a barebones national body of laws. Then, a few madhabs for Sunnis, madhabs for other faith traditions, and a secular madhab for non-believers or for those who do not wish to live under religious law. One could then have a larger number of political parties, each of whom is transparently affiliated with one of the legal schools. All adults would be required to declare a political party, and thereby, a legal system which they would live under (this affiliation could be changed, but everyone would have to register with someone). There would be proportional representation for each madhab in legislative bodies which draft national and international law (according to these subscription levels), with representatives of these madhabs elected from affiliated political parties in democratic elections.

There would be a number of benefits to such an arrangement: everyone – religious minorities, conservatives, and secularists – would be able to live under a set of laws which is representative of their worldview and perceived interests.  Simultaneously, all citizens would be united within the larger framework of the state. This larger government would, in turn, be responsive to, and representative of, all of its citizens—and because the Sunni majority would separate themselves into a few madhabs (which would, in turn, be divided into multiple political parties), this would de facto act as a bulwark against sectarian tyranny—and it would accomplish this without granting disproportionate influence to minority groups. Instead, it would highlight and promote the richness and diversity of Sunnism, and its application to social arrangements.

Such a vision is highly compatible with the federalist vision of America’s forefathers, and it calls to mind Nozick’s Anarchy, State, and Utopia. It also adheres to the Qur’an’s insistence that there be no compulsion in matters of religion (Qur’an 2: 256) and the Islamic obligation to protect the religious freedom of all People of the Book, as Muhammad (peace be upon him) enshrined in the Constitution of Medina. And this is just one out of a host of possible pluralistic arrangements (which can be weighed against other successful historical and contemporary models of Islamic pluralism).

As ground-zero for colonialism, as the birthplace of the Muslim Brotherhood (and Islamism, more broadly), and as the home of al-Azhar­ (the historical “center of gravity” for Islamic jurisprudence), Egypt has the cultural resources to pave the way forward for the region, as it always has, should the country wholeheartedly embrace their legal heritage and current opportunities.

More broadly, it may be that the best way to promote the liberal values of democracy, pluralism, and the protection of minorities is to abandon the ideal of forcing everyone to live under a universal and secular body of the laws. After all, most of the governments which were recently overthrown had secular and universal laws, but were oppressive and undemocratic. Or, as Einstein famously declared, “the problems that exist in the world today cannot be solved by the same level of thinking that created them.”