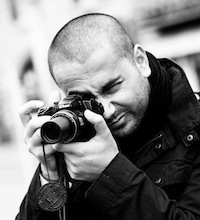 The most important issue that will face Lebanon in the year 2013 is not economic debt, power shortage or even elections. The major problem is the delicate demographic, sectarian and ethnic balance, which given the country’s bloody history might come up to cause trouble again.

This balance is at risk of being disrupted by the continuous influx of Syrian refugees from the conflict zone in their home country. The Syrian refugees are more than 160,000 (registered or waiting to be registered) according to UNHCR official numbers. However, some sources following this issue estimate the number to be twice as big, which may double the problem. The government in Lebanon is still refusing to build camps to house the Syrian refugees, which make them scattered all around the country, specifically in the North and East areas where they are close to the Syrian border.

The Lebanese government’s firm position is due to previous “bad” experiences with refugee camps, which basically were a primary reason why the Lebanese civil war erupted. After 1948, the Palestinians came to Lebanon and settled in refugee camps scattered all around the country. They came with their weapons and started challenging the Lebanese authorities, at the time dominated by the Christian right wing leaders and parties. The conflict escalated violently and ended up lasting for 15 years, costing Lebanon more than 150,000 people dead and more than a million displaced.

What is happening today is somewhat similar. Although the Syrian refugees are not armed in their majority, the Lebanese politicians and community leaders are divided among themselves in their support for hosting them. This reflects the fractured and complex nature of the Lebanese domestic and foreign policy: The prime minister is calling for the assistance of the Syrian refugees, but many ministers of his government expressed publicly that the Lebanese government should close the borders in front of the refugees, which is a direct violation of international law.

READ ALSO – The Lebanese civil war is far from over

Reports have said that North and North East Lebanon are being used as a safe haven for the Free Syrian Army (FSA) to hide and launch attacks on the Syrian army, and in retaliation, the Syrian army bombards the Lebanese towns that are harboring these fighters. A lot of people have been reported killed, injured or even missing in the events there. In these areas, the Lebanese government has failed to protect its citizens and more and more reports indicate that people are resorting to arms to defend themselves.

The Syrian refugee issue is really causing tension and concern among the Lebanese population and the political body governing (or sharing the spoils of) the state. Fears are rising from the Christian community that history is repeating itself again similarly to the case of the Palestinians. The Shiite community and political representatives are still very cautious when approaching this topic, keeping in mind that Hezbollah, a huge representative of that community strongly supports the Syrian regime. The Sunni community is still welcoming the refugees with open hands, adopting their cause politically, socially and ideologically even. Moreover, tensions have been recorded between host communities and refugees themselves.

This delicate balance is shifting, and will keep on shifting if the refugee influx in Lebanon is not managed properly. On a legal, ethical and moral level, closing the border isn’t the good thing to do, but what will happen if the Syrian refugee influx to Lebanon was more than the country could handle?