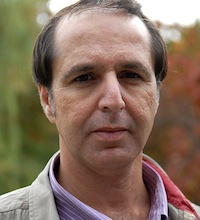 The truth sometimes hurts; that is why the Palestinian Authority has been working hard to prevent the outside world from hearing about many occurrences that reflect negatively on its leaders or people.

In recent years, the Palestinian Authority leadership, often with the help of the mainstream media in the US and EU, has been successful in its effort to divert all attention only toward Israel.

Following are examples of some of the inconvenient truths that the Palestinian leadership in the West Bank do not want others to know about:

– Over 100 senior PLO and Fatah officials hold Israeli-issued VIP cards that grant them various privileges denied to most Palestinians. Among these privileges is the freedom to enter Israel and travel abroad at any time they wish. This privileging has existed since the signing of the Oslo Accords between Israel and the PLO in 1993.

– Out of the 600 Christians from the Gaza Strip who arrived in the West Bank in the past two weeks to celebrate Christmas, dozens have asked to move to Israel because they no longer feel comfortable living under the Palestinian Authority and Hamas.

– Dozens of Christian families from east Jerusalem have moved to Jewish neighborhoods in the city because they too no longer feel comfortable living among Muslims.

– Palestinian Authority security forces in the West Bank continue to summon and arrest political opponents, journalists and bloggers who dare to criticize the Palestinian leadership.

– Tens of thousands of Palestinian Authority civil servants in the Gaza Strip receive salaries to stay at home and not work. The practice has been in effect since Hamas seized control over the Gaza Strip in 2007. According to Fatah spokesman Ahmed Assaf, the Palestinian Authority, which is funded mostly by American and European taxpayer money, spends around $120 million each month on the Hamas-controlled Gaza Strip.

– Mahmoud Abbas’s ruling Fatah faction has allocated more than one million dollars for celebrations marking the 48th anniversary of the “launching of the revolution” — a reference to the first armed attack carried out by Fatah against Israel.

– Top PLO and Fatah officials continue to do their shopping in Israeli-owned businesses both in the West Bank and Israel. Last week, for example, a member of the PLO Executive Committee and his family were spotted shopping in Jerusalem’s Malha mall. Of course, the PLO official did not forget to bring along his private driver and maid.

– The wife of a senior PLO official recently spent $20,000 for dental treatment in Tel Aviv at a time when there is no shortage of renowned Palestinian dentists in Ramallah, Bethlehem and Nablus.

These are only some of the inconvenient truths that the Palestinian Authority does not want the outside world to know. Palestinian journalists often avoid reporting about such issues out of concern for their safety or for “ideological” reasons. These journalists have been taught that it is forbidden to hang out the dirty laundry.

Western journalists, funders and decision-makers who deal with the Israeli-Palestinian conflict need to know that there are many truths being completely ignored or hidden from their eyes and ears.