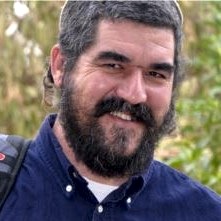 It has only been a few weeks since the people of Egypt approved their constitution, drafted on the banks of the Nile, expressing that the authority of government is granted by the people, in order to protect their rights and freedoms. In the opening eleven principles, we read of values shared by people throughout the free world: democracy, political pluralism, the dignity of the individual, freedom of thought and expression, equality for all citizens, women’s rights, the state’s respect for the law, righteousness and justice. Tears of joy could be shed at the idea that the Islamic Muslim Brotherhood led government has embraced such liberalism, offering new freedoms to their people after many years of oppressive, totalitarian governments.

Unfortunately, it seems that words don’t necessarily play out in actions. In an analysis titled “Egypt’s Sisyphean Struggle for Democracy,” published in The Wall Street Journal just before the referendum on the constitution, Professor Fouad Ajami describes how Morsi’s Muslim Brotherhood movement rode the wave of the popular revolution staged by others, and slipped into the seat of power to replace the former oppressive dictatorship with their own.

He writes: “Countries don’t live in constitutions. The inherited habits and traditions shape the life of nations. The dueling crowds taking to Egyptian streets are not fighting over a mostly anodyne document…” The goal of the protest movement was not to bring the Muslim Brotherhood into power, but now those activists are paying the price, just the same.

The recent arrests of Egyptian journalists, bloggers and peace activists throw great shadows of doubt on the sincerity of the new constitution. Over the past few days, reports coming out of Egypt tell of arrests of journalists and bloggers who have criticized the policies of President Morsi.

According to a report by The Committee to Protect Journalists, Egypt has stepped up a campaign against critical media. Magdi Algallad, editor of daily Al-Watan, was charged with insulting the president by publishing a cartoon. Abdel-Halim Qandil, editor of the weekly Sawt al-Umma, is under investigation for an article he wrote in October under the title “You are a Liar, Morsi.” Satirist Bassem Youssef is under investigation for insulting the president by showing Morsi’s picture printed on a pillow. In December, TV host Mahmoud Saad was taken in for questioning following his interview of an Egyptian psychiatrist who presented a psychological analysis of Morsi on his show.

RELATED – The past, present, and (possible) future of Egypt’s Culture Ministry

Ahmed Meligy is an Egyptian peace activist. His blog, “Egypt’s Missing Peace,” is published on Israel’s Jerusalem Post website. In one of his recent blog posts, he wrote “I hope that I don’t get arrested for this one, but I can’t stay quiet about the political scene in my Egypt,” and concludes “…the obstacles and the set backs in trying to achieve these promises but what disappointed me the most and made me realize that the Muslim Brotherhood is no better than Mubarak`s regime is how president Morsi underestimated the intelligence of the Egyptian people by staging this show and gave us inaccurate figures of his so called achievements.”

Last Sunday, Meligy sent a message to his Facebook friends to say that he had been arrested and was being taken away. He has not been heard from since. The bravery of these individuals is remarkable and worthy of praise.

These arrests and this harassment obviously call into question the sincerity of the new government in Egypt, which was elected democratically and had drafted a constitution that they brought to public approval through an internationally publicized national referendum. But they have now proceeded to grossly ignore their commitment to freedom of expression. These events also throw the spotlight on international human rights organizations that for some reason hold an odd silence on these transgressions of basic human rights. It is hard to imagine that they would be so quiet if it were Israel arresting journalists and bloggers.

BY THE SAME AUTHOR – David Ha’ivri: Anti-Israel propaganda foiled by the facts