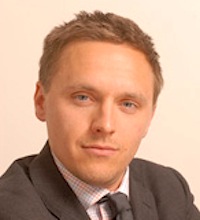 An extensive 5-month report commissioned by the UN revealed last week that the generally accepted death toll of around 40,000 in Syria was wrong almost by half. Instead the statisticians have showed that 60,000 had been killed by the end of last November, a death toll which is increasing at a rate of 5,000 a month, which surely puts even conservative figures today at 70,000 killed in the conflict as we near the March two-year anniversary.

Over 2 million Syrians are internally displaced with many living in desperate conditions. Recent news reports have claimed that some displaced people in the north of Syria are even resorting to living in animal shelters and are eating boiled grass as they do not have enough food to be able to survive the winter weather. Over 570,000 Syrians, a large percentage of whom are women and children, have already fled the country with the UN saying that 84,000 left in December alone. Last year Save the Children reported how unaccompanied children were making their way into Jordan carrying few or no physical possessions, but bearing the immense psychological scars of losing home and family.

ALSO READ – Is the Syrian Revolution moving into the next phase?

Inside Syria the escalation of violence has seen a conflict originally characterised by the government firing on peaceful protestors with small arms to a full blown war complete with SCUD missiles, heavy artillery, cluster bombs and napalm like barrel bombs dropped from aircraft. Massacres and atrocities are hard to keep track of with those in Houla and Jisr al-Shughour best remembered, along with the stories of beheadings, executions, the targeting of civilians queuing to buy bread, growing sectarian strife and a glut of horrific YouTube clips. The conflict and the steady collapse of the state have seen transnational fighters on the move across the region and new groups establishing themselves with a host of ideologies and agendas.

With the United Nations Security Council gridlocked, the UK has been proactive within limits as the second biggest humanitarian donor, giving over £68.5m in humanitarian aid to date which has provided 100,000 people with food, blankets and warm clothing. The UK has also helped 30,000 sick and wounded people by funding hospitals, mobile clinics and training for health workers, led targeted sanctions, seizing regime assets and acting as a bridge builder and convenor – of sorts – to the Opposition. David Cameron travelled to the Jordanian border following the US election in November 2012 signalling a drive to better unify and lead the Opposition towards a transition to a post-Assad era. Meetings in Doha later that month witnessed a shift towards a notional unity to the rebellion.

The creation of the ‘National Coalition for Syrian Revolutionary and Opposition Forces’ sparked speculation that Western powers, including Britain, would start going beyond the strictly non-lethal support that they’ve given to the Opposition to date. Labour’s Shadow Foreign Secretary Douglas Alexander encouraged the government to “recognise the Syrian National Coalition as the sole legitimate representatives of the Syrian people”, a recommendation which was subsequently adopted. However, Alexander also warned that “the correct focus for the UK’s efforts in the days ahead must be helping unify the Syrian opposition, not helping arm the Syrian opposition. We should be working not to escalate the conflict but to de-escalate it.” Interestingly at the EU Foreign Affairs Council meeting in December member states agreed a 3-month arms embargo, rather than 12-month one, to give them the flexibility over arming the Opposition in the future.

ALSO READ – One photographer in Aleppo keeps battling the odds

According to a poll conducted by the Independent at the end of the year, Alexander’s concern over Britain arming the Opposition is something shared by the majority of the British public (it also showed that Tory voters are more worried than their Labour counterparts over such action). What is more, a Chatham House-YouGov poll last year showed that 43% of the public believe that the UK should not be involved in intervening in or supporting domestic uprisings, such as the one currently taking place in Syria. In addition, only one in four believe the UK has a moral responsibility to support such movements.

In a letter to the Foreign Secretary in December, the Tory MP Richard Ottoway, Chair of the Foreign Affairs Committee, expressed his committee’s deep concern about possible UK action on Syria, calling for more information on the legal basis for UK action and a commitment to consult Parliament before providing any military support to the Syrian Opposition. At present there appears to be a slowing down of arms to the Opposition, with people close to events on the ground telling the Guardian that “the supplies are drying up. It is still Syrian expats – individuals – who are providing the funding by and large”.

So if arming the Opposition is off the table for now what more can the UK do to address the deepening humanitarian and military consequences of the conflict? A New Year should be an occasion for fresh start and renewed energy and ideas towards what can be done. Foreign Secretary William Hague’s “Preventing Sexual Violence in Conflict” initiative for 2013 which, if done correctly, is an excellent example of effective action Britain can lead on. The Government will be taking what Channel 4 News described as “the unprecedented step of deploying doctors, investigators, psychologists and lawyers to the Syrian region to gather evidence to bring the perpetrators of rape to justice”.

I would argue that Britain can provide a leading role on the issue of accountability. Part of the non-lethal support to date has included giving training to human rights monitors, some of whom have visited sites such as Houla, which witnessed a brutal massacre in May 2012. Although referral to the International Criminal Court (ICC) has been prevented to date by the Russian and Chinese veto that may not be the case indefinitely and it is crucial for Syria’s post-Assad future that people who have committed war crimes and grievous human rights abuses, on all sides, are brought to account.

Britain leading on the creation of a Syria Accountability Group (SAG) that convenes all available information on abuses would reflect a longer-term commitment to a better future for Syria.

The international community needs to navigate from what UN Envoy Lakhdar Brahimi describes as Syria’s descent into “hell” to a genuine transition plan leading to lasting peace. The United Kingdom can and must play a part in this crucial debate.