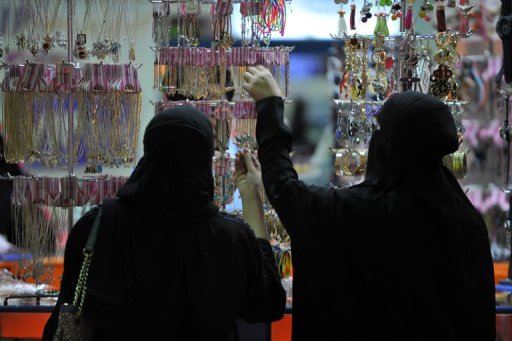 Saudi King Abdullah has appointed women for the first time to a top advisory body, with decrees published on Friday marking a breakthrough in a kingdom that imposes stringent restrictions on females.

The historic decisions mean that 30 women will now be allowed to sit on the previously all-male 150-seat Shura Council, although females in Saudi Arabia are banned from driving and denied the right to travel without male consent.

The decrees were welcomed by female Saudi novelist Badriya al-Bishr as a “promise kept” by the king, who has been treading carefully over the years to empower women in his push for reforms.

The monarch took the decisions following consultations with religious leaders in Saudi Arabia, which applies a strict version of Islamic sharia law, according to the decrees published by state news agency SPA.

Women will be allocated a 20 percent quota in the consultative council, which is appointed by the king to advise him on policy but cannot legislate.

Also among them is Thuraya Obaid, a veteran UN administrator who served notably as executive director of the UN Development Programme and undersecretary general of the world body.

“They are the cream of the crop,” Bishr told AFP.

“It is a good surprise and a promise that has been kept,” by the king, she said.

“The king is determined to place women in the limelight,” Bishr added, and voiced hope that her Saudi sisters “will secure more rights” in the future.

But the decrees stipulated strict guidelines for allowing women into the once all-male enclave, saying men and women will be segregated inside the council.

Women will be seated in a special area and enter the council through a separate door so as not to mix with their male colleagues.

Abdullah had been carefully treading towards change, introducing municipal elections for the first time in 2005.

In 2011 he granted women the right to vote and run as candidates in the next local election, set for 2015, and said he would also name them to the Shura Council because “we refuse marginalising women’s role in the Saudi society in all fields.”

Saudi Arabia has seen many changes since Abdullah became king in 2005.

Norah al-Fayez became the first woman ever named to a ministerial post in 2009 when she was given named deputy education minister for women’s education.

More recently, Saudi women broke ground when two of them took part in the London Olympics.

But in the oil-rich kingdom, women rights are stifled daily and lag far behind international standards.

Since November, each time a Saudi woman travels outside the kingdom she is being monitored by an electronic system that sends text messages to the phones of her male guardian, even if they are traveling together.

The electronic tracking was swiftly condemned on social network Twitter and by women rights activists, while Bishr criticised “the state of slavery under which women are held” in the ultra-conservative kingdom.

In an interview with AFP this week, Prince Talal bin Abdul Aziz, a half brother of King Abdullah, said the Shura Council must be empowerd to legislate and criticised clerics who reject calls for women to be allowed to drive.

“How can it make sense to allow a driver (a male stranger) to stay in the house day and night while prohibiting mixing between sexes and women from driving?

“Do we not have confidence in our women?”