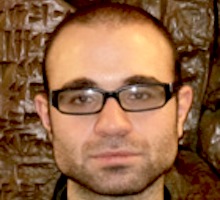 Arabic, Hebrew, Syriac, Aramaic, Tigrinya, Amharic, Maltese. These are languages spoken by Arabs (and the Arabized populations of the Middle East and North Africa), Israelis, various indigenous Christian groups in the Levant and modern-day Mesopotamia, Ethiopians, Eritreans, and the people of Malta. What do these languages have in common? What is the bond that keeps them together?

The answer is simple: they are a family, a language family that originated in the Middle East and spread to North Africa, Europe, Persia, and parts of South and East Asia. These are languages steeped in history and faith. They can be heard in the chanting of mosques, churches, and synagogues in far-flung corners of the globe. They are spoken by millions of people both living in their native lands and in diaspora communities on every continent. These are the Semitic languages and the people speaking them as their native tongues are Semites.

Now that it is clear which languages that make up the Semitic family, it is time to confront the confusion inherent in the very idea of what constitutes a Semite. In the West, when someone hears the word “Semitic,” the first thought that comes to his or her mind is probably related to Judaism. This is because westerners have grown accustomed to hearing the term “anti-Semitism” in media, politics, and other outlets of public discourse. Anti-Semitism is defined as hatred, discrimination, or prejudice against the Jewish people.

The expression itself developed against the backdrop of the terrible suffering of Jews in Europe, which culminated in the Holocaust. In many European societies, Jews were used as scapegoats for social ills. Hatred was institutionalized to the point where, as was the case in Nazi Germany, racism against an entire group became the norm. This unimaginable suffering, endured by a people for centuries, came to be described by a single term: Anti-Semitism.

Today, anti-Semitism has become more than just a term used to describe hatred toward the Jewish people. Militant Zionists and other extremist supporters of the State of Israel have hijacked the term to suit their goals. It is now expertly used to attack any criticism of Israel or its policies. As the affair with former Senator Chuck Hagel’s nomination as US Secretary of Defense has proven, even a misguided classification of a person as an “anti-Semite” can quickly lead to a scandal. But as previously stated, Semitic people come from various countries and speak a plethora of languages. The modern usage of the term “anti-Semitism” conflicts with the very real diversity of the Semitic language family. So one paradoxical characteristic of a term that is meant to depict hateful and bigoted tendencies is that it is itself an expression of bigotry. Its use and monopolization by such a powerful social and political force denies the very identity of millions of Semites everywhere.

I am a Semite. My family speaks a Semitic language. My origins and background are solidly Semitic. I am proud to share a cultural and linguistic heritage that spans three continents and has its origins in the birth of civilization. Those who are part of this rich history are my ethnic, linguistic, and spiritual cousins. My deconstruction of the term “anti-Semitism” is not meant to diminish the persecution of a people or to undermine a history wracked with devastation. No, I am not asking society to disregard the very real hatred for Jews that exists in our world. I am only seeking to expand upon today’s limited definition of “Semitic,” to make it more inclusive for the rest of us.

The history of the Jews is inextricably intertwined with that of my own people and with the millions of other Semites, regardless of the animosity that may exist among our people. By only highlighting the clashes taking place within the Semitic family without ever harping on the vast history that unites us all, we are playing into the divisive narrative fueling so much rage and anger globally. There is no denying that the Semitic family has had its internal problems in the past.

BY THE SAME AUTHOR – Christianity – connection to the past, bridge to the future

Nevertheless, we should all be working together to mend the schisms and defuse the passions that continue to cause so much pain and sectarian conflict. As is the case with every family, there are always issues that create discord, that tear the familial fabric that binds people together. But through cooperation and recognition of our shared ancestry, peace can begin to return to the ancient household of the Semitic family.