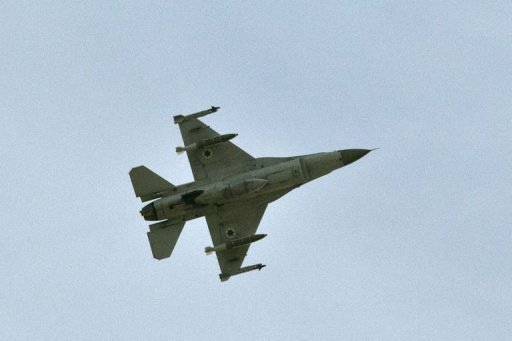 Turkish jets have pounded Kurdish rebel hideouts in northern Iraq in the fiercest aerial campaign in years, military sources said Wednesday, as the bodies of three Kurdish activists who were killed in Paris arrived home.

Sixteen F-16 fighter jets took off from their base in the southeastern city of Diyarbakir, a Kurdish minority stronghold, around 10:00 pm (2000 GMT) on Tuesday and bombed Kurdistan Workers’ Party (PKK) bases in the Qandil mountains, 90 kilometres (55 miles) from the border, a military source said.

“More than 50 targets were hit in the three-hour operation” targeting the leadership of the outlawed separatist group using its bases in northern Iraq as a springboard for attacks inside Turkey, he added.

The source did not provide any casualty tallies.

The day after the operation, a plane carrying the bodies of three female activists in a PKK affiliate who were slain in Paris last week landed in Diyarbakir.

Thousands of people gathered at the airport for the arrival of the coffins, many of them carrying portraits of the three victims and chanting: “Martyrs will live forever.”

Police heightened security around the airport.

A memorial service is planned for Thursday, before the bodies are sent to the victims’ nearby hometowns the next day.

The planned ceremonies have raised tensions in Turkey, with government leaders urging calm among the Kurdish minority, which makes up around 20 percent of the population.

Prime Minister Recep Tayyip Erdogan said Turkey’s security forces would be on alert during the ceremonies in case of “any kind of provocation” such as a large protest.

“The people of Diyarbakir know very well how to mourn and how to claim their dead,” he told reporters.

One of the slain women was Sakine Cansiz, a co-founder of the PKK, which took up arms in 1984 for Kurdish self-rule in southeastern Turkey. She still held a Turkish passport when she was killed.

The fighting between the state and the insurgents has resulted in the death of 45,000 people, mostly Kurds, and led to Turkey and much of the international community branding the PKK a terrorist organisation.

Turkey has sought information from France over the Paris killing of the activists, a foreign ministry spokesman said.

“Contacts are under way between the police departments of the two countries,” Selcuk Unal told a weekly press conference.

The execution-style murders may have been a bid to derail peace talks between Turkey’s secret services and jailed PKK leader Abdullah Ocalan, according to Turkish officials.

Erdogan said the peace process would be a “litmus test” for those who want a settlement, as he insisted military operations would continue to root out the armed wings of the PKK.

“Our security forces will continue operations until the terrorist organisation lays down arms and ends its attacks,” he said in televised remarks.

But Diyarbakir’s mayor said a “simultaneous ceasefire” would be the only way to prevent any disruption of the peace talks.

“The attitude of Diyarbakir will be one that… contributes to the evolution of peace talks to permanent negotiations and peace,” he said.

Abdulrazzaq Bayiz, mayor of the Senkasar region of Iraqi Kurdistan, told AFP that Turkish aircraft hit two villages in his region for 45 minutes, but that there were no casualties.

On Sunday, a senior PKK member was reported killed in a shootout in the town of Nusaybin in southeastern Turkey on the border with neighbouring Syria.

Turkey says around 2,000 Kurdish rebels are hiding on the mountainous Iraqi side and it targets their hideouts to eliminate the leadership cadres of the complex organisation.