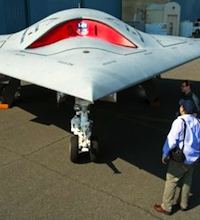 The US intelligence community likes to do simulations such as Project Looking Glass. In a three-day run, experts from outside the intelligence community – the red team – are pitted against a team of intelligence professionals – the blue team. The red team’s task: to use everything members know or can find out to develop the best possible plan to mount a terrorist attack against a target specified by the organizers of the simulation. In many runs, these are US coastal cities hosting a naval base or similar installation.

Most of the time, the red team wins. The reasons are manifold, however, one reason sticks out particularly: offense is more motivating and easier to execute than defense. You act, they must react. Therefore, one lesson learned from these simulations is: don’t think defense, think “attack defense.” Your chances for success will greatly enhance.

In recent years, the United States’ strategy to avoid surprise attacks from terrorists has been to play attack defense in Pakistan, Yemen and Somalia. Instead of waiting for another 9/11, the US, and more precisely the CIA, has sent drones to these countries to kill potential perpetrators before they devise devious plans to attack American soil. Instead of being deported globally – to Guantanamo – America’s enemies are killed locally.

While the main focus of these drone attacks was initially on Pakistan, it is now shared between Pakistan and Yemen. In 2011, according to the Long War Journal, 64 strikes were executed in Pakistan, compared to 10 in Yemen. In 2012, these numbers were 46 for Pakistan and 42 for Yemen, a near tie. In 2013, 7 attacks in Pakistan and 5 in Yemen have killed a total of 65 people so far.

In February of 2012, long time president Ali Abdullah Saleh was forced to leave his post, as a result of efforts by Yemeni protesters and international politics. With a fresh government in place, Yemen has become an even more unstable country. Many regions are dangerous, and for foreigners it is not safe to travel. Just before Christmas of last year, an Austrian citizen and a Finnish couple were abducted in the capital, adding them to the group of people already held hostage in Yemen. Most hostages are kidnapped by members of tribes, which later sell their booty to AQAP (al Qaeda in the Arabian Peninsula) who seems to have free roaming ground in many parts of Yemen.

Does the US strategy of attack defense work in Yemen? The answer is yes and no. It works for the US – there hasn’t been a second 9/11. And, as the statistics show, the new president in Sanaa is more “open-minded” about accepting US drones in Yemen’s airspace. However, the strategy doesn’t work for the Yemeni people. Drone strikes have killed many people, and among them there were certainly terrorists. But they have also killed a great number of innocent civilians, as “collateral damage”. This dire fact has only led to an increased popularity of AQAP among the Yemeni population. Instead of being diminished, the ranks of active and passive supporters of al Qaeda have swollen.

Besides the operational and political dubiousness of this military strategy, a great deal of unanswered ethical questions remain. Questions like: who is a terrorist, and who is a civilian? The more precise the weaponry, the more ambiguous the definition of the target has become. Or, as philosophers John Kaag and Sarah Kreps point out in an article for the New York Times: “the use of impressive technology does not grant one impressive moral insight.” Indeed, the opposite can be the case.

Now, as last week’s events in Mali and Algeria have proven, there are bad guys in Africa as well. So why does the US hit Yemen with drones strikes, but spares Mali from the same measure? In fact: why does the US fight jihadists in Yemen, but leaves them alone in Mali and even supports them in Syria? It’s Iran and Saudi Arabia, stupid! Both countries have replaced Israel as the focal point of the US involvement in the Middle East. Both countries combined are the (new) reason why the United States has a Middle East policy at all.

The US is afraid that their good friends in the Kingdom of Saudi Arabia will fall victim to terrorists operating out of Yemen, thus destabilizing the region. According to press reports, the first US drone strike in Yemen in 2013 was assisted by Saudi fighter jets deployed to the scene. In another press report, coming from Yemen’s al-Shari newspaper on January 13, a Yemeni source was quoted as saying that the US government is planning to build three bases for US troops in Yemen, in the Al-Anad Airbase and on the two islands of Socotra and Miyun.

Clearly, there is a build-up of foreign forces over and in Yemen. What is bad for Yemen is good for the Saudis, but again bad for Iran, since the US want to establish the Wahhabi rulers in Riyadh as a firewall against Iran in the Middle East. If Iran decided to become more active in Africa, which is still heavily reeling from the fall of Libya’s Gaddafi, we would soon see the sky over the Sahara filled with unmanned flying objects, courtesy of Washington.

This Monday, January 21, US president Obama started his second term in office. America’s light footprint in the Middle East, meaning drones instead of troops, will likely continue. More so since Obama’s new CIA director is set to be John Brennan, the actual architect of the United States drone warfare program. On top of that, Brennan has an excellent relationship with Saudi Arabia, having served in the country twice. Brennan worked as a political officer at the US embassy in Jeddah from 1982 to 1984, shortly after joining the CIA, and again as the Riyadh head of station from 1996 to 1999. Obama and Brennan will be the team to watch when trying to predict the US’ impact in the Middle East in the four years to come.

The US has to know by now, and the massacre in Newtown should have brought the message home: guns don’t solve problems. A type of warfare that is light footed, but heavy handed, that avoids own losses at any costs, but is indiscriminate towards the casualties “on the other side” doesn’t bring a sustainable peace. The blue team must do, the blue team must be better than that. To promote a positive perspective for the Middle East, for its people and their ambitions, a more comprehensive approach is paramount. An approach that isn’t solely based on the interests of some, but denies the rights of others. When you fight without morality, the red team always wins.

ALSO BY VICTOR ARGO – Asking for a storm in Tripoli