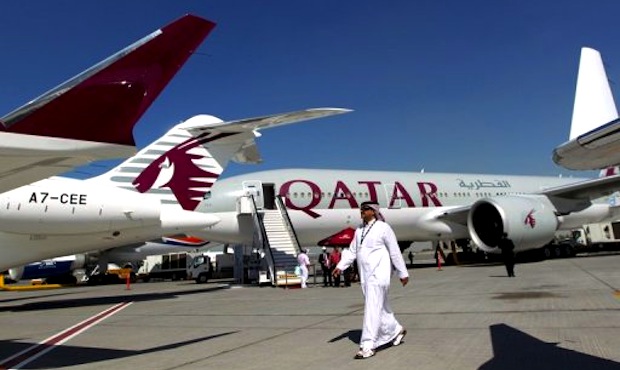 The Gulf State of Qatar, despite its conservatism is hardly a mirror image of Saudi Arabia, with its stark way of life, absolute gender segregation, total ban on alcohol and refusal to accommodate alternative lifestyles or religious practices.

Qatar’s encouragement of women’s advancement in society, less strict separation of genders, allowing non-Muslims to consume alcohol and pork, sponsorship of Western arts like the Tribeca Film Festival, and hosting of the 2022 World Cup with its expected influx of Western fans with their un-Islamic ways, offers young Saudis a vision of a conservative Wahhabi society that is less constrained and permits individuals irrespective of gender greater control over their lives.

Qatar and Saudi Arabia’s diverging world views have manifested themselves in differing policies towards the popular revolts and protests sweeping the region. While Saudi Arabia has adjusted to regional change incrementally Qatar has sought to embrace it as long as it is not at home. Like Saudi Arabia, it seeks to maintain the status quo in its immediate neighborhood, witness the life sentence handed a Qatari poet for criticising the royal family.

At the core of the regional rivalry between Saudi Arabia and Qatar are fundamentally different strategies of self-preservation. While the royal families of both have sought to buffer themselves by lavish social spending, Saudi Arabia has opted for maintenance of the status quo where possible and limited engagement with the Muslim Brotherhood in Egypt and Syria, toward which it harbours deep-seated distrust.

In contrast Qatar seeks to be on the cutting edge of history and has exercised a sophisticated soft diplomacy with its winning bid to host the World Cup, positioning itself as global hub by developing a comprehensive sports sector, creation of world class museums and sponsorship of the arts. In effect, Qatari support for the Muslim Brotherhood and popular revolts in the region constitutes an integral part of its foreign and defence policy, designed to embed itself in the international community so as to enhance the chances that other nations will come to its aid in time of need.

That policy is based on Qatar’s realisation that no matter what quantity of sophisticated weaponry it purchases or foreigners it recruits into its military force, it will not be able to truly defend itself. It also stems from uncertainty over how reliable the United States is as the guarantor of last resort of its security. That concern has been reinforced by the United States’ economic problems, Qatar’s reluctance to engage militarily post-Iraq and in Afghanistan and its likely emergence by the end of this decade as the world’s largest oil exporter.

Qatar’s strategy effectively puts it at loggerheads with Saudi Arabia. Whether the Saudi-Qatari rivalry will precipitate change in the kingdom or reinforce monarchical autocracy in the region is likely to be decided in Qatar itself rather than elsewhere in the region. Qatar has already a foretaste of potential battles to come with Saudi-backed conservatives who also enjoy support of some Qatari royals. They have twice boycotted major state-owned companies, and voiced opposition to the sale of alcohol and pork in the country and questioning the emir’s authority to rule by decree.

Qatar’s strategy of embracing the Muslim Brotherhood and putting itself at the cutting edge of change elsewhere in the region as well as its soft diplomacy contain risks that Saudi Arabia is likely to exploit. Fault lines in Egypt have deepened and hardened as it teeters on the brink under President Mohammed Morsi, making Muslim Brothers in Arab nations in the throes of change reluctant to assume sole government responsibility. Jordan’s Brotherhood-related Islamic Action Front (IAF) boycotted parliamentary elections in January 2013 official because of alleged gerrymandering. Privately, the IAF, with an eye on Egypt is believed to have shied away from getting too big a share of the pie for their taste.

Similarly, Qatar’s winning of the right to host the 2022 World Cup may have opened a Pandora’s Box of change that could reverberate throughout the Gulf starting with the status of foreign workers who constitute a majority in some of the smaller Gulf states serving as the monkey wrench. Under increasing pressure from international trade unions who have the clout to come through on a threat to boycott the Gulf state, Qatar has suggested it would allow the formation of independent unions created to engage in collective bargaining.

If Qatar proves true to its word, it raises the spectre of foreigners gaining greater rights and having a greater stake in countries that have sought to protect their national identity and the rights of local nationals by ensuring that foreigners do not sink roots. That effort even goes as far as football clubs opting for near empty stadiums because there are not enough locals to fill them rather than offering the population at large something that could even remotely give them a sense of belonging.

At first glance Qatar’s foreign, sports and culture policy seems forward looking despite conservative opposition at home and appears to put the tiny Gulf state in a category of its own. Yet, the challenge it poses to Saudi Arabia ultimately could prove a challenge to itself. It buys Qatar time but in the final analysis fails to address fundamental issues underlying the wave of protests as well as demographic issues looming in the Gulf.

ALSO READ – Al Jazeera: non-Arabs should not be fooled

James M. Dorsey is a senior fellow at the S. Rajaratnam School of International Studies, co-director of the Institute of Fan Culture of the University of Wuerzburg and the author of The Turbulent World of Middle East Soccer blog. This story first appeared as a RSIS Commentary.