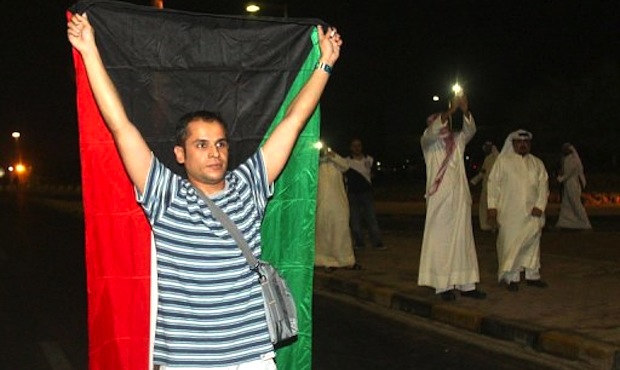 To shed light on socialism in Kuwait, Your Middle East interviewed Dhari Al-Rajeeb, head of a leftist force attempting to establish a “modern democracy.”

YME: What are the reasons behind the creation of the Kuwait Progressive Movement?

Al–Rajeeb: The Kuwait progressive movement has long existed since the mid-1950s, when it started as an independent force. However, due to conditions resulting from the suspension of constitutional rule by the authorities, our movement was not operating in public. So, our movement is an extension of the movements, intellectual contributions and progressive politics that first started in the 1950s.

On the 7th of February 2011, the Kuwaiti Progressive Movement was publicly launched as a political force that calls for social justice, equality, equal opportunity, dignity, enhancement of constitutional citizenship, rejects regional and sectarian discrimination and preserves national unity. It is a political force that tries to give voice to the voiceless.

The Kuwait Progressive Movement prioritizes the building of Kuwait as a modern state by establishing a modern democracy, not the minimal democracy we currently have. We strive for a full democracy that ensures social justice and that is based on a national economy that is productive and independent, and that goes beyond our current dependent and deformed economy. The Kuwait Progressive Movement also defends the interests of the working class and the marginalized in terms of concrete problems, such as inflation, the housing problem, deteriorating public services and unemployment.

YME: What is your political, economic and social vision for Kuwait?

Al–Rajeeb: Our vision is to complete building a modern Kuwaiti state, which is a project that has existed since Kuwait’s independence and is yet to be completed because the authorities have no commitment to democracy and popular participation. They continually attempt to undermine the constitution, including by rigging parliamentary elections in 1967 and suspending the constitution all together in 1976 and 1986. Our vision for Kuwait will not be realized until a series of political, economic and social reforms are achieved.

YME: Is there class conflict in Kuwaiti society? If so, what do you believe to be the form of the conflict?

Al–Rajeeb: Yes, there are different and antagonistic classes in Kuwaiti society, so there is class conflict. We can say that there are three forms of class conflict in Kuwait. First there is the economic form, where the working class in Kuwait, through its spontaneous consciousness, formed labor unions and led many strikes starting from the 1940s to protect the economic interests of workers, elevate their working conditions and standards of living, and to meet their socio-economic demands.

We can see the conflict from the other side as well, the side of the Kuwaiti bourgeoisie, represented by the Chamber of Commerce, business associations, political groups and their media outlets that call for bourgeois measures, such as the dismantling and privatization of the public and cooperative sectors, opposition of pay increases for workers, and the directing of the state budget towards the service of private capital at the expense to necessary social provisions.

As for the second form of class conflict in Kuwait, it is the ideological conflict. The bourgeoisie are keen to promote the illusion that capitalism is everlasting, and that private ownership in the means of production, class division and class contradictions do not exist.

They also oppose progressive and leftist thought and in opposition promote, through media and education, a reactionary culture that supports obsolete relations of production.

YME: Do you view the United States as an imperialist power or as friend and ally of Kuwait?

Al–Rajeeb: Our peoples can be friends, and the people of the United States are definitely our friends. We salute and support their ongoing struggle in the Occupy movement for social justice and progress.

As for the US regime, it is a capitalist and imperialist regime that invades other countries at the pretext of “achieving democracy,” while the actual purpose is to control those countries, plunder their wealth and break their societies. That is what happened in Iraq and Afghanistan. The US regime imprisons tortures and kills innocent people.

In other words, the US regime is a big bully that tries to dominate the world.

YME: What is your view about the so called the Arab Spring?

Al–Rajeeb: The Arab Spring, with its uprisings and changes, is a natural response to oppression, marginalization, exploitation, dictatorship, and political, administrative and financial corruption. It is an expression of the aspirations of Arab peoples for freedom and social justice.

YME: What kind of relations do you have with liberation movements in the region and around the world?

Al–Rajeeb: One of our movement’s objectives is to build “solidarity with the struggles of the Arab and friendly peoples for freedom, progress and social justice, and against tyranny, corruption and dependency.” We try to cement our relations with liberation movements and build solidarity with them, for our causes are similar and our fight is one.

YME: Why did you boycott the recent elections and why did people not participate in the elections to vote for your candidates?

Al–Rajeeb: We boycotted the elections because authorities violated article 71 of the constitution, namely the article that allows, in exceptional cases, for the issuing of laws by decree instead of having them be passed by parliament and then ratified by his highness the Amir. The article states that: “Should necessity arise for urgent measures to be taken while the National Assembly is not in session or is dissolved, the Amir may issue decrees that shall have the force of law… etc.”