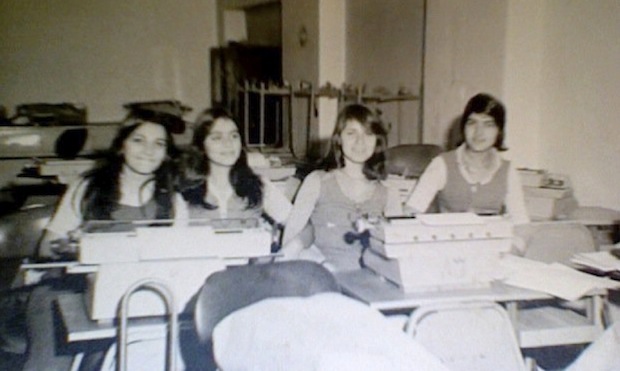 Maryam Elika Ansari has interviewed her mother, who recently returned to Iran after 30 years abroad, on the feeling of being back in her true home.

Say you’ve been away for some time, on leave, a business trip, or just extended vacation. You’re on the plane on your way back, and after X amount of hours, getting ever closer, feeling a special kind of excitement, and at the same time, a paradoxical repose that you’d thought forgotten, the plane finally touches solid ground. Then you hear the captain’s somewhat rehearsed voice over the loudspeaker, ‘Ladies and gentlemen, welcome to Y, where the local time is Z’. It is that feeling of relief and comfort, that sense of familiarity that comes with the thought, ‘I’m finally home’, that you experience at that very instant.

ALSO READ Street photography from Iran on the cusp of modernity

But in our globalized world, the concept of ‘home’ and what it represents have become elusive. It is no longer just your place of birth, where you live, or even where you grew up. Cultural ties and identity formation are much more dynamic processes nowadays, resulting in multiple loyalties, and perhaps even multiple homes. My aim is to address the latter in this article, however, not in an exhaustive, academic manner, but rather, on a deeply personal level.

So I interviewed my mother, Fariba Parvaneh, 55, who five months ago returned to her still considered-to-be home Tehran, after 30 years in Europe. There, she resumed her life where she left off; or rather, started building it anew.

Why did you move away from Iran to begin with?

I first moved to England just to study, when I was 18. Most of my friends were moving away too, everyone wanted to see Europe or America and learn to speak proper English. I was in England for three years, but already from that time I was considering staying there because I was very much drawn to the exotic lifestyle, culture and people. But then the revolution happened; so I had to go back, to check on everyone and make sure they were all okay.

If anything, though, the revolution and the cultural changes that followed intensified my desire to go live abroad. What I had previously entertained as a possibility now became somewhat of a personal necessity for me. The life under the Islamic Republic was so different. The Islamization of society and wearing of the hijab were factors of estrangement for me.

Later on, when I got married and had kids, the need to move became even more pressing, as I didn’t want them exposed to such strict social and cultural confinements. Their father worked abroad so it was easy. We left Iran a few times, but it wasn’t until we moved to London in 1997 that the permanence of the departure sank in. We stayed there for about a year, and then moved to Madrid, where we began to build a new life.

So why did you decide to move back? Did you not establish any home-like connections to Spain or the U.K.?

I certainly tried. To the U.K., not really, because we didn’t really stay there for that long. But Spain came close to home for me. Close, but not quite. Spain is where my kids grew up; where we had stable living arrangements; where my kids went to school, made friends, learned to speak the language.

But then they grew up; my son went to study abroad, and my daughter followed suit soon after. I’d only see them from time to time, during holidays, and so on. So it started getting lonely. I realized the home-like associations I had conjured up with Spain were almost exclusively to do with my kids and with their being gone, so were those feelings.

And so I started thinking about home, my real home. I started making more regular visits to Tehran. I’d stay with my father, who I missed dearly as well. And I’d visit my old friends and family, who I realised I’d also been nostalgic of. The ‘cultural’ changes that had initially driven me away mattered much less now, since I felt that the core of my home was still there. These changes appeared much more superficial to me now than they had 30 years ago. So I decided it was time for me to go back.

So when you finally moved back, how was it?

The main difference for me was the sense of stability that came with knowing that this time I was there to stay. I also started to take the good with the bad more. When I’d gone back for visits, it was much more dream-like and elusive, so I only saw the good bits of the country. I saw the Iran I remembered long ago. I saw the friendships, the family culture, the familiarity that made it feel like I’d never left…

But once I was back indefinitely, I started getting re-acquainted with my culture on a deeper level, thus noticing the country’s many flaws too. It grieves me, for instance, to see so many young children begging on the streets. Or the prostitution so many young women are forced into because of a crippled economic system that has come to dominate our contemporary society. These things are not as I remember them. I have also noticed a change in people’s attitudes. People are less cordial and polite than they used to be. There is much more distance now between strangers. No one talks on the streets or on public transport anymore. If you try to, it would be considered very odd. It has become much more foreign to me in this sense.

What, then, after all this, makes it still feel like home?

Everything changes; it is the natural state of life and of any society. Sometimes it evolves, other times it regresses, it depends on how you look at it. For me, what makes home into ‘home’, is still there. Home is when you go to the market and everyone speaks your language. Home is when you can go out anywhere and eat your culture’s food. In Madrid, for example, getting ingredients for cooking it was not easy. Home is when you know that everyone around you shares the same traditions as you, for instance, the same new year’s celebration, Norooz, (21st March), which for me had disappeared for so long when living abroad. Home is, generally speaking, wherever you have spent the best years of your life, which for me, translates into my childhood. Home is where you feel safe. And I do feel safe in Iran. It’s a type of safety that lets you be yourself. Even though there’s so much talk of invasion and political riots here and then, I have never felt as safe abroad as I do here right now.

Yes, you become more critical when you live in this country and are exposed to its shortcomings on a daily basis, but in a way, it’s a beautiful kind of criticism, because it represents a sense of re-appropriation. I am taking back what was mine; what is still mine. I feel I can talk about the bad bits, just as much as the good, because Iran is nowhere near perfect; and though many things about it make me sad, at the same time, giving myself this right to point these things out and criticise them makes me happy because it means it really is mine. The superficial changes don’t affect me, or alter my definition of ‘home’ any longer. The political deficiencies of the country don’t make much of a difference to me either, and nor do I care about whether I have to put on a veil in public or not. Home is much more than that. It’s about love, confidence, safety, and family. So because of all this, and much more, Iran still is, and will always be, my home.